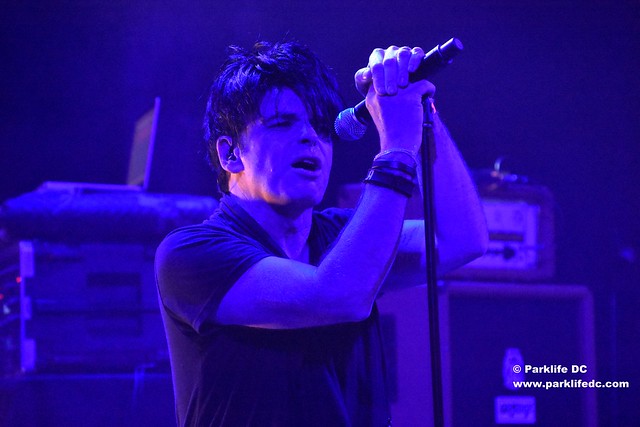 Gary Numan sings at the Carolina Theatre during Moogfest 2016 on May 20. (Photo by Mickey McCarter)

Hewing mostly to the tracklist order, Gary continued his Moogfest residency with a night dedicated to his album The Pleasure Principle at Fletcher Hall in the Carolina Theatre in Durham, NC, on Friday, May 20. The Pleasure Principle, the second of three albums in Gary’s “Machine Trilogy,” is easily the most universally recognized of his early records in part because of the still-ubiquitous hit single “Cars,” which he performed with as much fervor as ever at the midpoint of his set.

In The Pleasure Principle, Gary continues forth with themes of what makes a man, contrasting being human with being a machine, much as he does on the first album in the trilogy, Replicas, which has more of a literal actual story arc.

I hailed the first night of performance as a rock show, and this show distinguishes itself with a much more tribal character. Gary and the band move in time with synthesized pulses, and the light show explodes in pure beams of white light, breaking up the intense single color lights that dominated the first night. I had an opportunity to greet the lighting engineer after the first night’s show, and I must say the fellow absolutely should take a bow alongside Gary and the band, as the lightshow is complimentary, complementary and all-around spectacular. Instead of just being lights for the sake of laser beams as in so many shows these days, Gary’s lighting director was more interested in treating the concert performances as a stage play, albeit a stageplay full of enthralling musical numbers, and he lit up the band in appropriately dramatic fashion.

After seeing the second night of performance by Gary and company, I strengthen my resolve to see his third and final night, also scheduled for the Carolina Theatre, the following night. Stay tuned to this space for more Gary Numan.

Here are some pictures of Gary performing at the Carolina Theatre in Durham, NC, on Friday, May 20, 2016. Hopefully, you can see for yourself why the lights earn their praise. 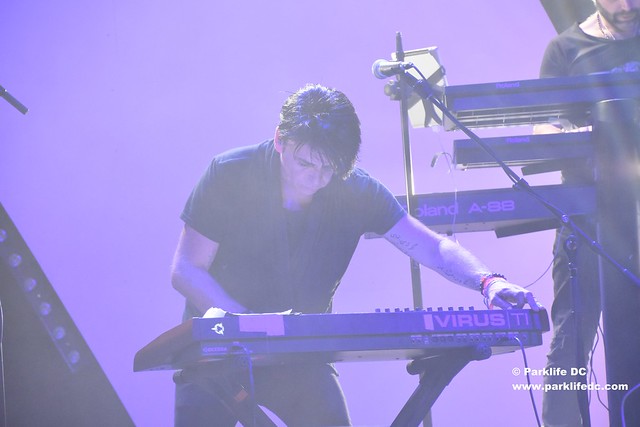 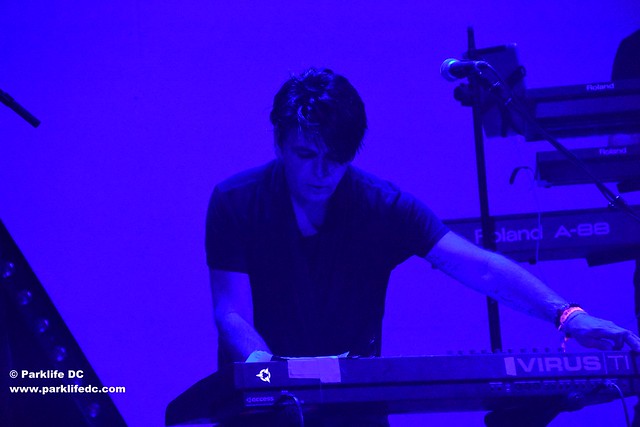 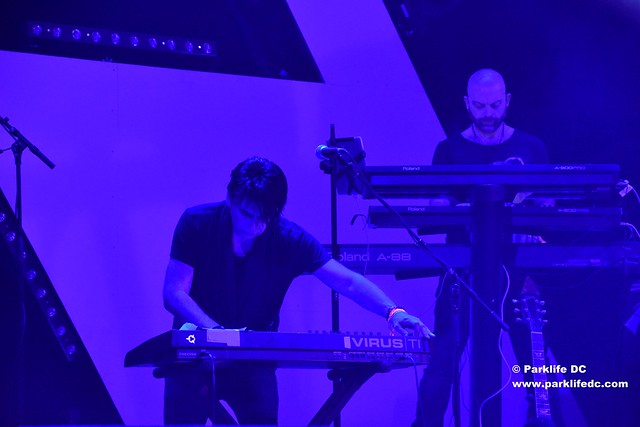 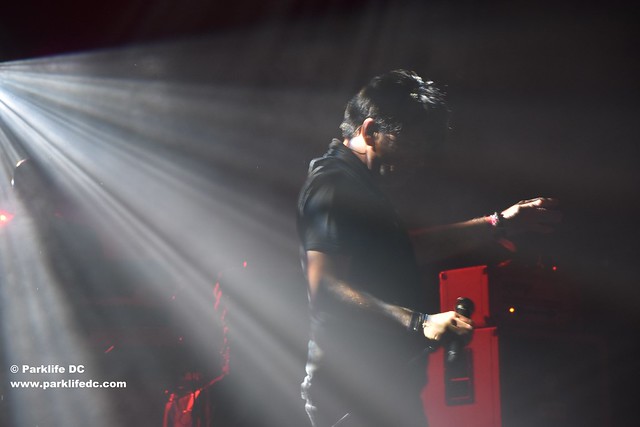 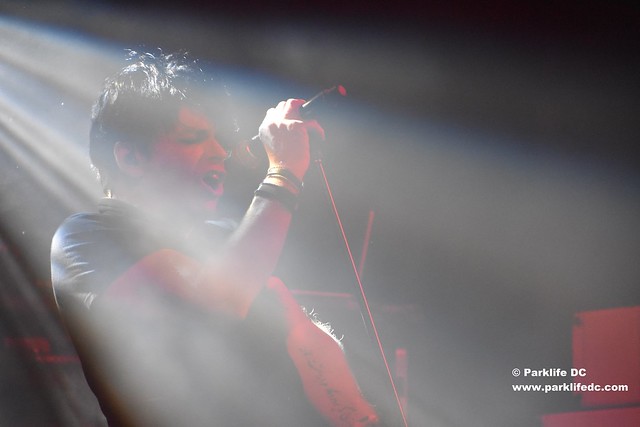 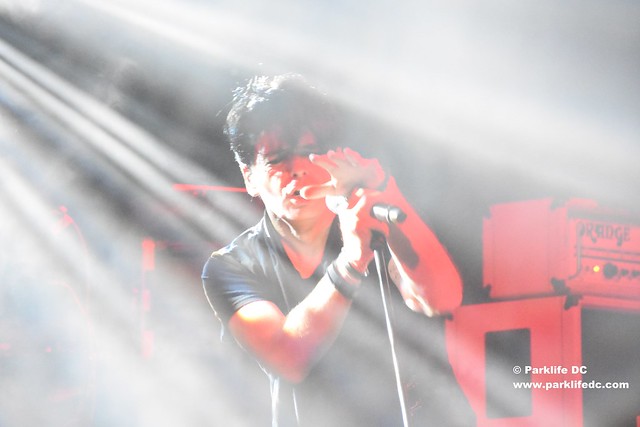 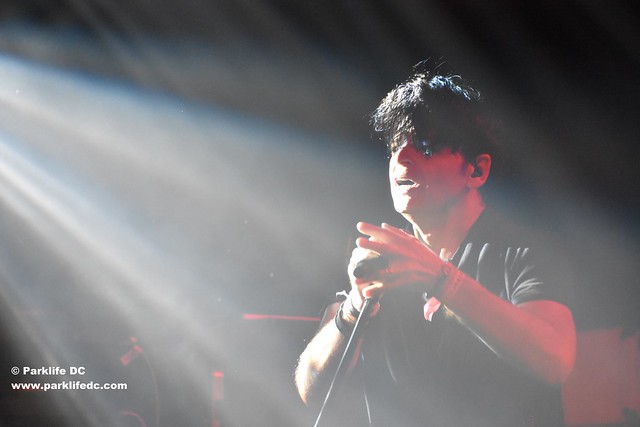 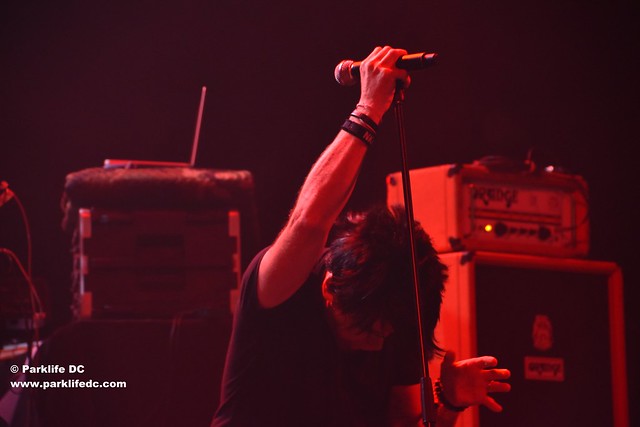 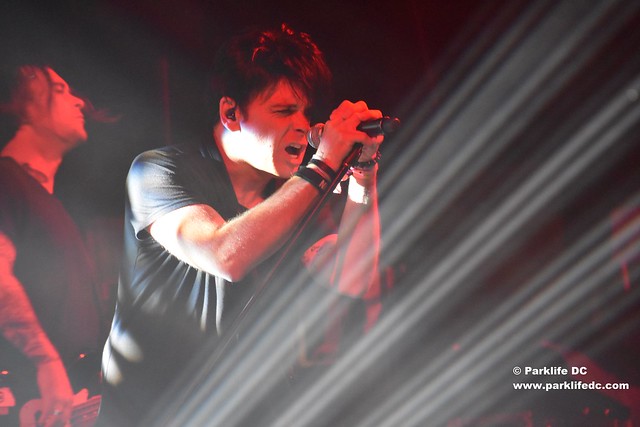 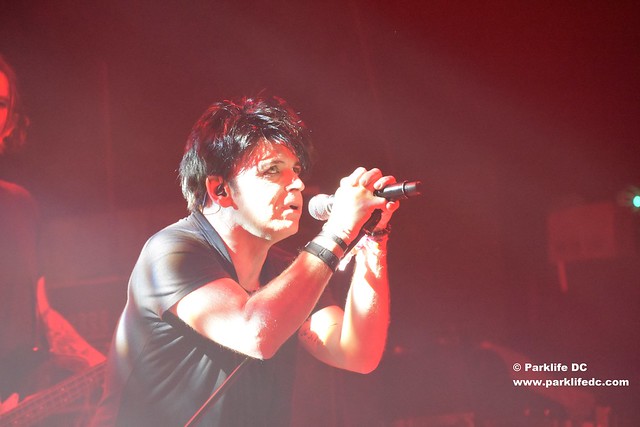 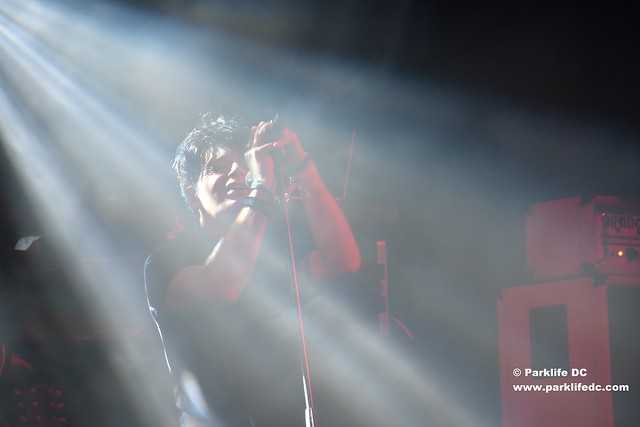 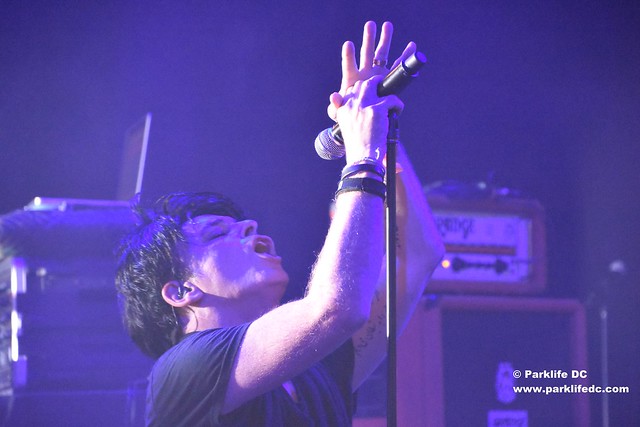 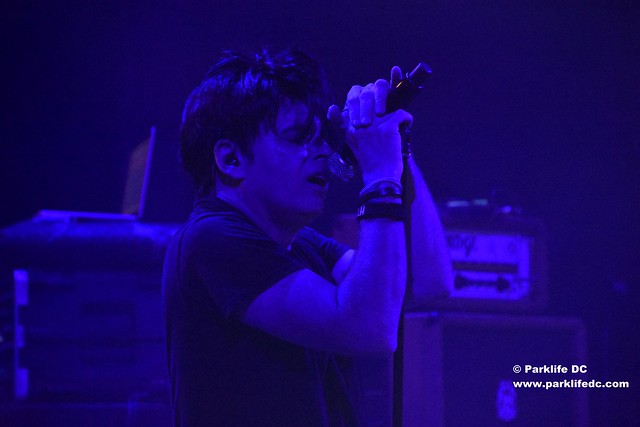 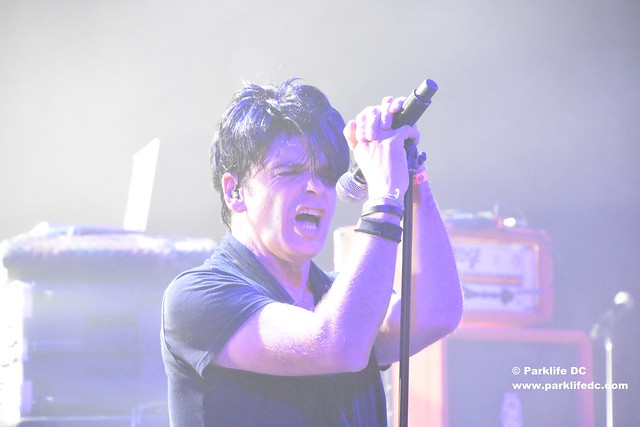 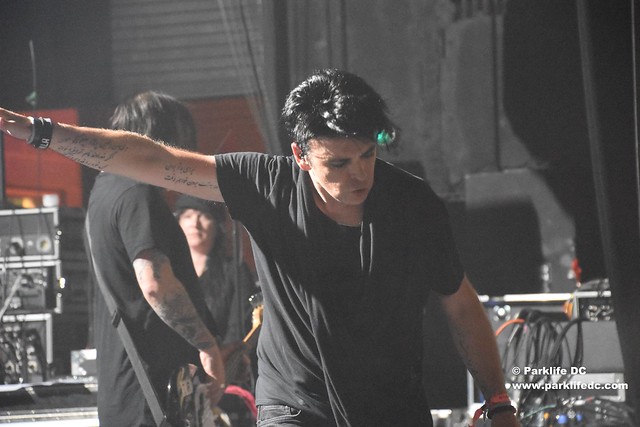 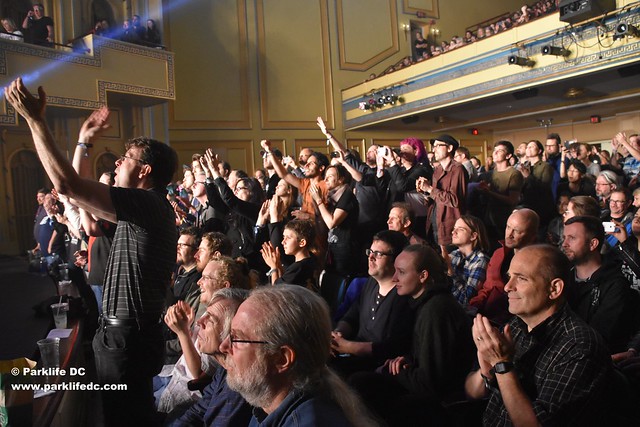