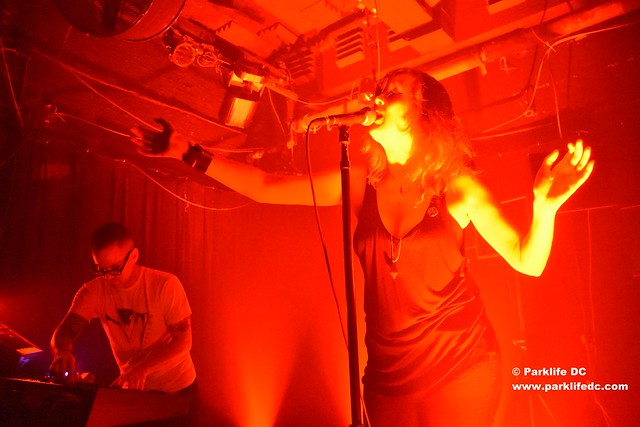 Technophobia perform at the Black Cat on Sunday, July 17. (Photo by Mickey McCarter)

Dark electronic duo Technophobia swept up a bustling crowd and then scattered them in a swirling synth smackdown on Sunday night during a record release party at the Black Cat.

Now available, the Technophobia debut LP, Flicker Out, is a 10-song album that covers quite a lot of ground. My personal favorites on the album are songs like “The Principle” with its soaring vocals and crashing synths. (I keep anticipating the song to break out in Jefferson Airplane’s “Somebody to Love” but that’s because it has that sort of catchy interplay between vocals and instruments.)

In other tracks, Technophobia provides more of a classic industrial sound, such as in “Negative Space,” the band’s first official single (which comes with remixes from friends hERETICS iN tHE lAB, Void Vision, and Alter Der Ruine). And when I say “classic industrial,” I mean to place Technophobia in company with sounds like Front 242 rather than, say, the screaming barks of a band like Combichrist (although honestly I’m not the biggest expert to weigh in on “dark” music). I can report that this show was Technophobia’s best yet, and I look forward to hearing them live again soon.

You can have a listen to Flicker Out yourself on Technophobia’s Bandcamp:

Vocalist Katherine Taylor and synthmaster Stephen Petix make for quite a dynamic duo. Her soaring, feminine voice so completely fulfills the promise offered by the band’s analog synthesizers that it’s surprising to recall that Technophobia previously considered a different direction with a different vocalist. For his part, as I’ve said before, Stephen reminds me of The Faint’s Todd Fink whenever he takes to his decks — focused on the mission at hand but dancing to his own music in a way that inspires you to keep up with him. 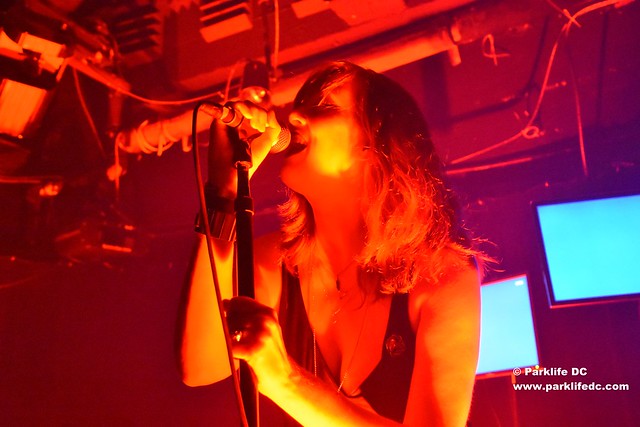 It’s telling the EP closes out with a cover of “One Hundred Years” by The Cure. They take the track from Pornography and make it their own with full Technophobia-esque swirling synths, building on the somewhat more sedate post-punk rhythms of the original. But in both versions, vocal and synth carry forward in fantastic synchronicity. Technophobia’s stirring version could become your favorite version.

Sunday’s record release party served as a benefit for Life Pieces to Masterpieces Inc., a charity that helps young African American men pursue their dreams. We’ll see more charity work from Technophobia as the band’s label, Working Order Records, was established to bridge the gap between musician ideology and social impact with each of the label’s releases dedicated to a personal fundraising objective. The effort strikes me a bit like the punk rockers in Positive Force, which comes as no surprise as my friend Stephen has always seemed a bit straight-edge to me.

Technophobia doesn’t have any future shows scheduled as of yet, but they have been in a rather busy period, so I suspect we will see them soon at the Black Cat, DC9, or other indie rock venue around town. Here are some pictures of Technophobia performing at the Black Cat on Sunday, July 17, 2016. 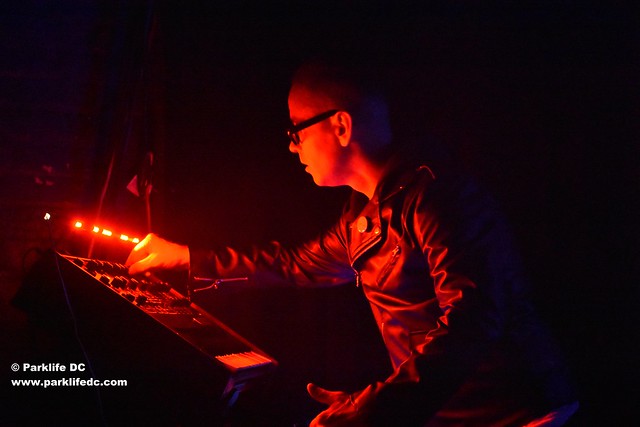 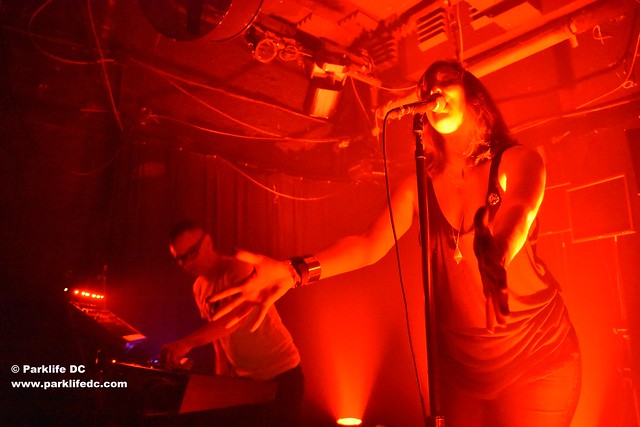 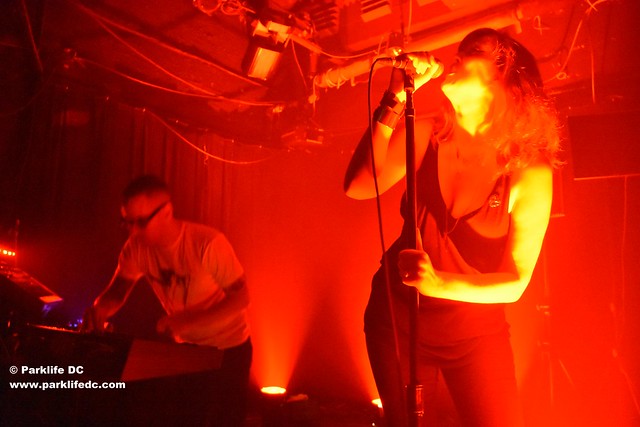 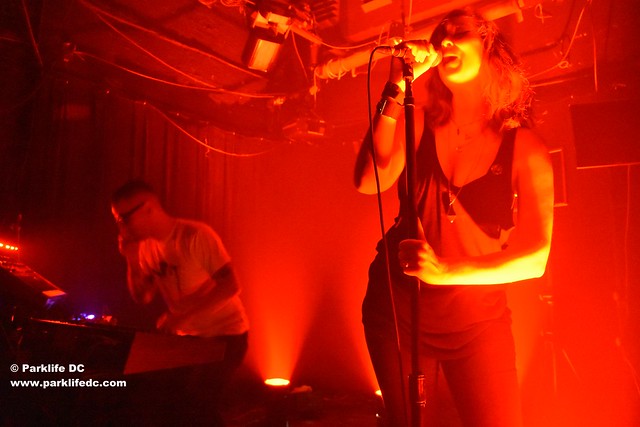 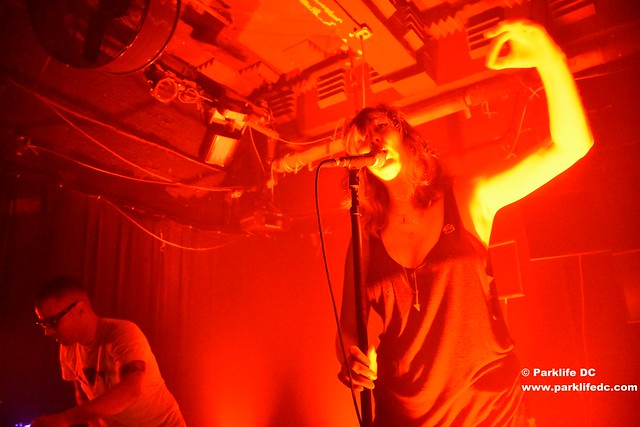 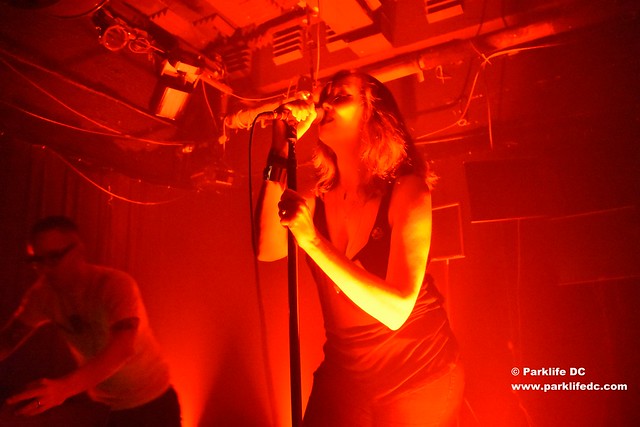 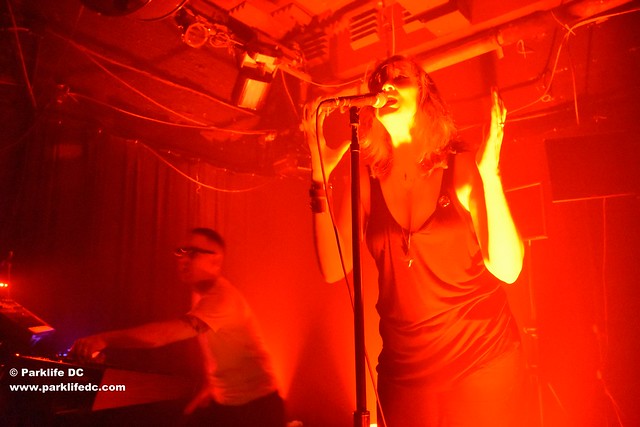 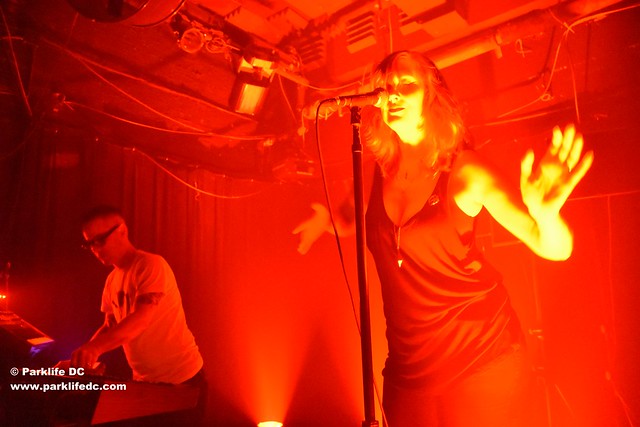 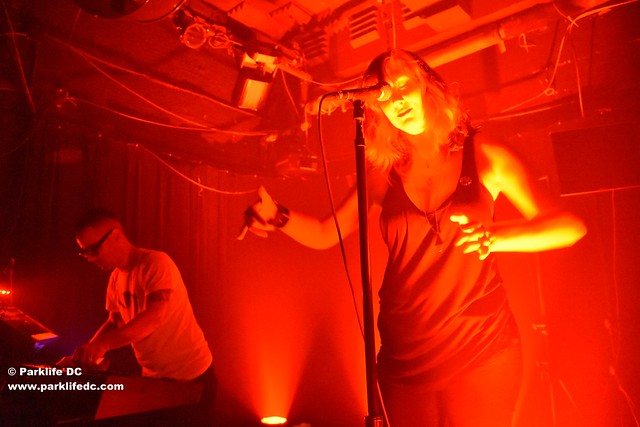 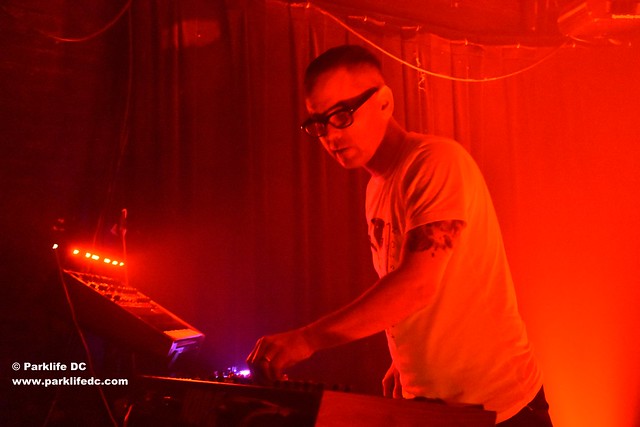