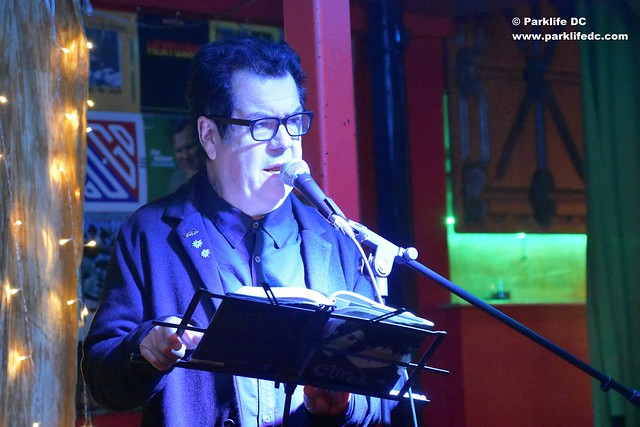 Lol Tolhurst reads from his memoir at Songbyrd Music House on Feb. 21, 2017.

Lol Tolhurst, founding member of The Cure, was chatting with Robert Smith in Hawaii in 2013 when he had an epiphany: He would write a book.

Robert was on tour with The Cure, and although Lol was long out of the band, he and his wife went along to see the show. Chatting with Robert on the beach afterward at night, The Cure frontman said to Lol, “We are both older men.”

Lol visited Songbyrd Music House Tuesday to discuss his book. At times warm and intellectual and always forthcoming, Lol chatted with a full house for about an hour and then signed books and memorabilia for everyone who queued up. 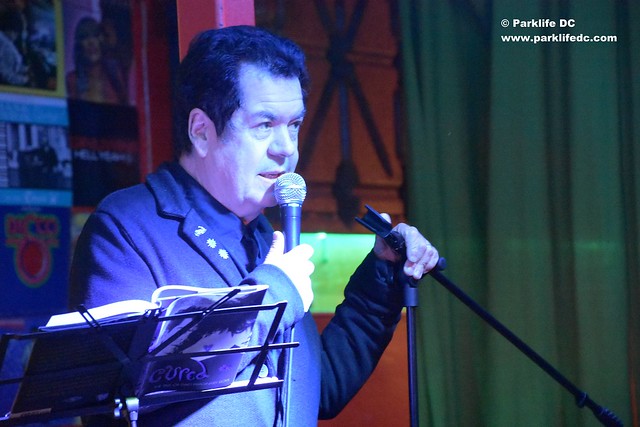 In his talk, Lol recounted how he spent some time going about the process of learning to write a good memoir: He read guidance on writing, rented office space, and read other memoirs.

His favorite memoirs by others ended up being “Born Standing Up: A Comic’s Life” by Steve Martin and “It’s So Easy: and other lies” by Duff McKagan, bassist of Guns N’ Roses.

“It’s not a great piece of literature, I think even Duff would say that, but it’s a very honest book,” Lol remarked. Lol realized that an author must be prepared to be completely honest in their memoirs or else “the reader will figure out very quickly that you are hiding something.”

Lol became friends with Duff after reaching out to him to chat about the book. Reflecting on bass players, and The Cure’s own bass player, Lol avowed, “If Simon Gallup were American, he would be Duff McKagan. They are the same person, trust me.”

The process of collecting material for “Cured” was challenging because Lol left no diaries and few pictures from the time. As a young existentialist while a member of The Cure, he was determined to live in the moment and not dwell on things too much.

“It’s a great way to live but it’s not very good when you want to write a book, especially a memoir,” Lol admitted Tuesday.

Lol also recruited his former bandmate Pearl Thompson, who did album covers for The Cure, to also create the cover for “Cured.” 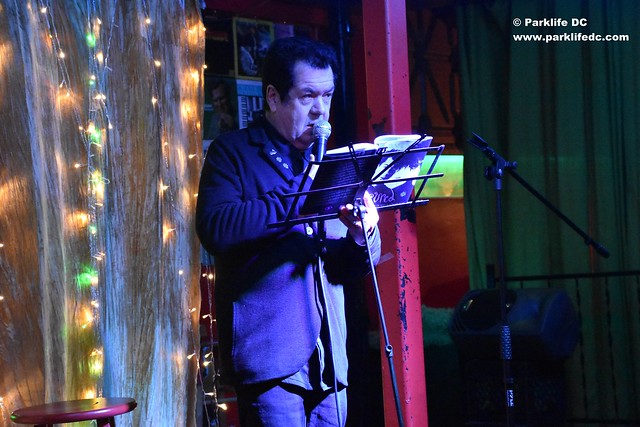 Reflecting on his long-time friendships with Robert Smith and Pearl, Lol observed, “There is something about those people who you go through that part of your life with, during the transition from being a kid to an adult. They know things about you that no one else will ever know.”

And 1976 was a formative time indeed for young members of The Cure as they set about to make their music. The summer of 1976 saw the rise of punk, and bands like the Sex Pistols and The Clash created a new musical culture, full of riotous energy.

“To me, I always think Joe Strummer gave me permission to do what I did,” Lol said.

As much as the punk movement and associated societal changes had a great impact on The Cure, so did Low by David Bowie, released in 1977. It was “austere and otherworldly,” said Lol, and it remains his favorite Bowie album. Bowie inspired an entire generation of young musicians, so it comes as no surprise, but The Cure particularly embraced him because they hailed from the same approximate area of London.

Lol also enjoyed the Kiss Me tour for its showmanship. The show started with a band behind a curtain, and he loved seeing the faces of the people in the audience when the curtain rose every night. The gimmick was “pure showmanship,” he said.

In response to another question, Lol expressed no historic preference for playing drums over keyboards, but today he likes playing drums because he finds it very meditative.

Lol suggested the music of The Cure continues to resonate with people because it’s honest. In his book talks, he sees fans from age 16 to 60, and they all share the same attachment to the music.

“It gets them at that point in the teenage years, and people relate to that — the time when they are trying to find themselves,” Lol said. “The power of it lies in that it’s a universal feeling in the human experience.”

As for his future plans, Lol will write a second book and then he will collaborate with Pearl Thompson on a graphic novel, he revealed.

And just as he did for the 30th anniversary of the album Faith in the resulting Reflections tour, perhaps he will perform again in a reunion of The Cure’s original lineup.

There’s also time to catch Lol while he’s still in DC. He appears tonight at Little Miss Whiskey’s Golden Dollar (1104 H St. NE, DC). Lol plays a free DJ party at 9pm — and he hosts a private concert and meet and greet at 8pm for $25 (payable at the door) for those who come out early.

Here are a few more pictures of Lol Tolhurst delivering his book talk at Songbyrd Music House in DC on Feb. 21, 2017. 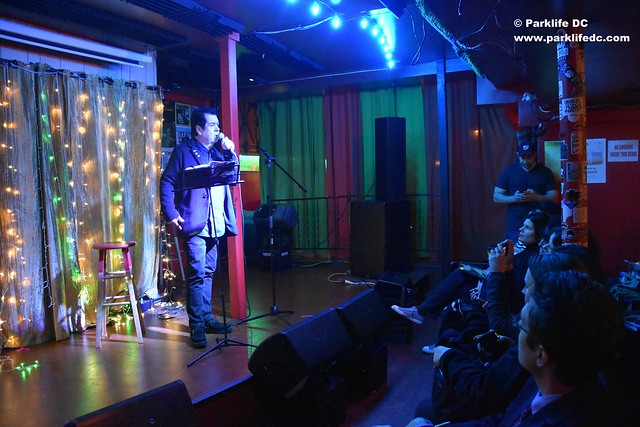 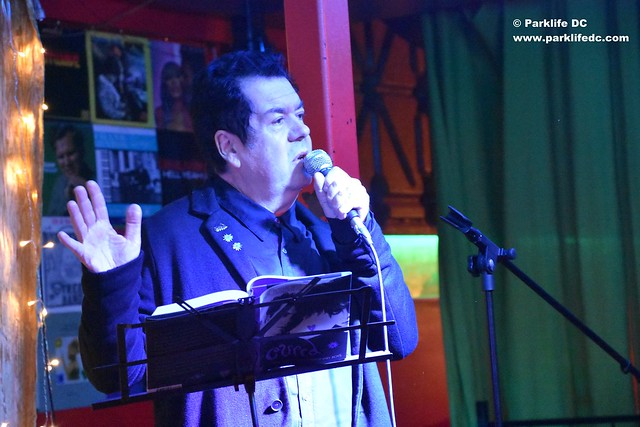 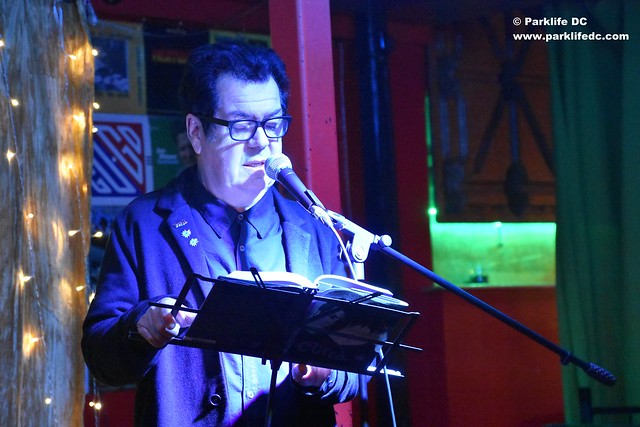