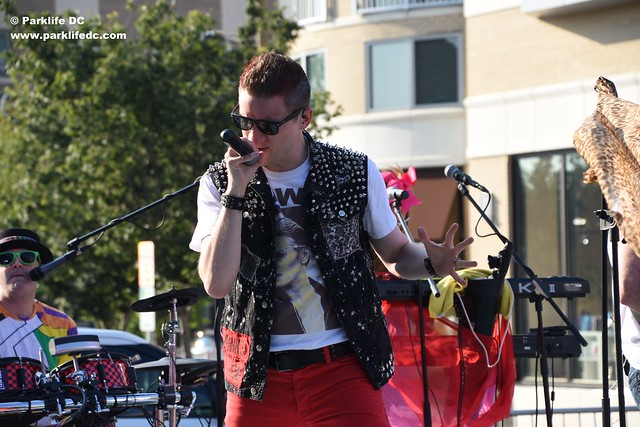 JR Russell fronts The Reflex in a show at Cathdral Commons on Friday, Aug. 4, 2017.

“In 1972, a crack commando unit was sent to prison by a military court for a crime they didn’t commit. These men promptly escaped from a maximum-security stockade to the Los Angeles underground.

Today, still wanted by the government, they survive as soldiers of fortune. If you have a problem, if no one else can help, and if you can find them, maybe you can hire…” “THE REFLEX!”

So goes the audio track introducing the DC area’s tuffest ’80s cover band — The Reflex. In all seriousness, The Reflex, who usually perform as a quintet, deliver terrific carefree fun, mixing every single one of your favorite songs from the ’80s into a kitsch-laden show sure to please — as they proved in a Friday evening performance at Cathedral Commons in DC.

I had been meaning to reacquaint myself with The Reflex for some time, as the gents have been performing regularly for years but I hadn’t seen their act in a while. They made it easy for me by landing in my neighborhood for a mission: To entertain a summer block party. Mission accomplished.

Darron Morfino (bass), Marc Taylor (drums), JR Russell (vocals), and Bill Ruddy (guitar) often perform with the addition of a female vocalist. As far as I can tell, they have teamed up with several, and the delightful Kat Dillon was on hand for our Friday night show. JR began the festivities with covers of “Rebel Yell” by Billy Idol and “Hungry Like the Wolf” by Duran Duran. But it wasn’t long before The Reflex took advantage of its duo vocal system and Kat charmed a growing crowd with her cover of “Material Girl” by Madonna.

JR and Kat have friendly, open voices that affably invite you to sing along with them simply from their playful timbre.

Throughout the evening, the crew performed songs from a wide swath of musical genres such as “Working for the Weekend” by Loverboy, “Video Killed the Radio Star” by The Buggles, “Alone” by Heart, “Take on Me” by A-ha, “Billy Jean” by Michael Jackson, “Walking on Sunshine” by Katrina and the Waves, and more, more, more. When JR took lead vocals, Kat retreated to the back of the stage to play the synthesizer; when Kat sang lead, JR manned the synth.

Drummer Marc lends his vocals to “Centerfold” by J. Geils in a pleasant change to something different. It’s always impressive to see a drummer who can maintain singing while drumming, and Marc did a yeoman job, for sure. While Marc never missed a beat, so too were bassist Darron and guitarist Bill equally impressive. Their performances are so pitch perfect that you could close your eyes at certain moments and imagine you were listening to a pre-recorded track rather than experiencing these talented guys recreating your favorite songs right in front of you.

To add to the ambience, The Reflex often break up their songs with audio lifted from your favorite ’80s movies. Voices like that of Marty McFly will echo across the stage with quotes like “Wait a minute, Doc. Ah… Are you telling me that you built a time machine… out of a DeLorean?”

The Reflex would certainly agree with Doc Brown that you might as well do it with *style.* The Reflex play a lot of local shows, including this Friday, Aug. 11, at Ned Devine’s in Herndon, Virginia. Check out their website to keep track of their concert dates at https://www.reflexlive.com.

Here are a few more pictures of The Reflex performing live at Cathedral Commons on Friday, Aug. 4, 2017. 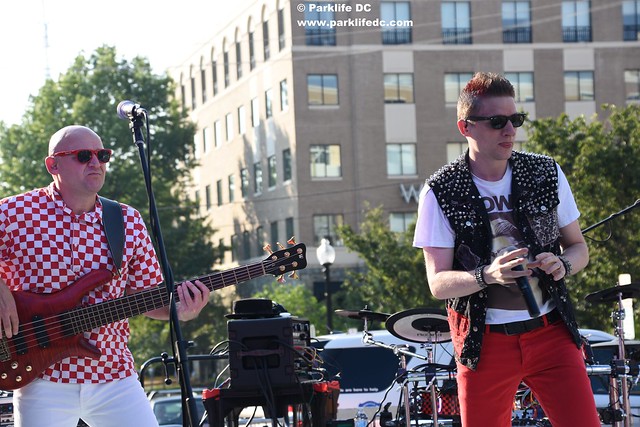 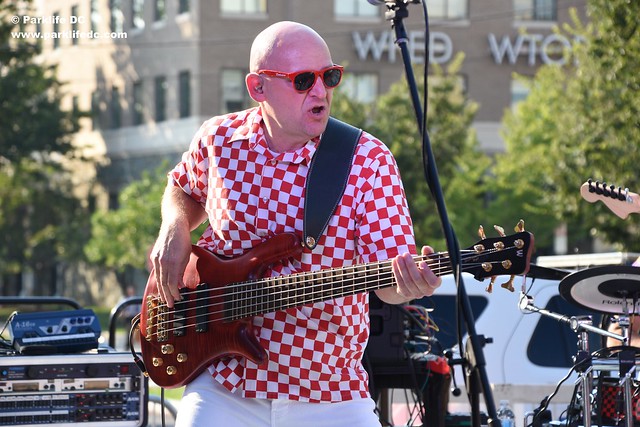 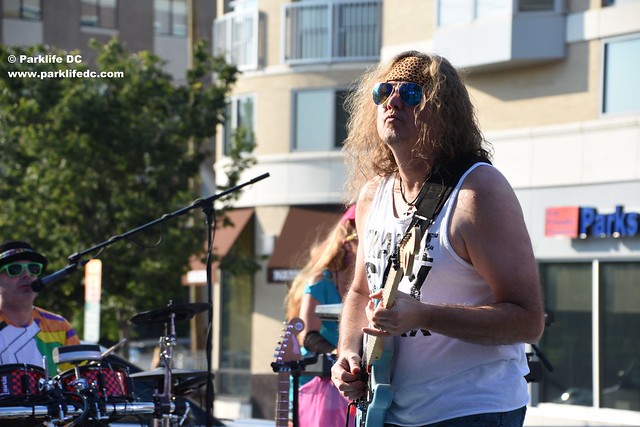 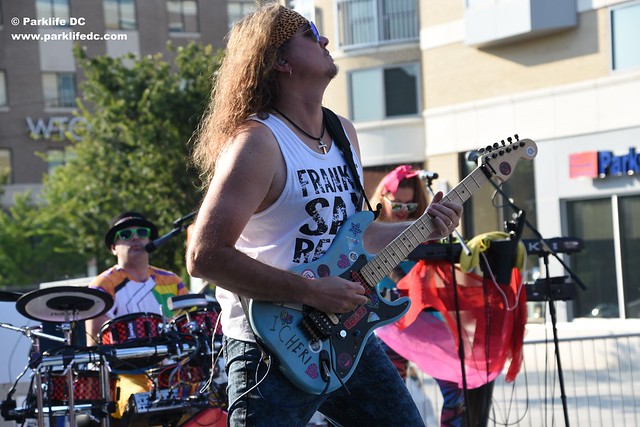 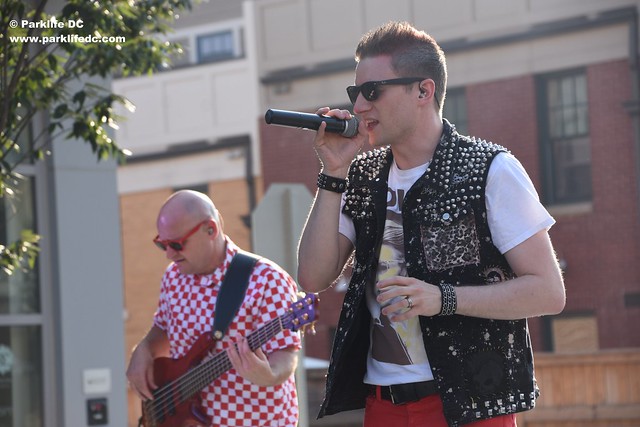 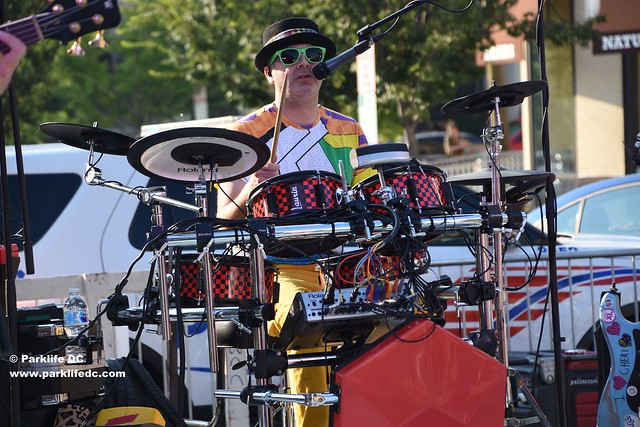 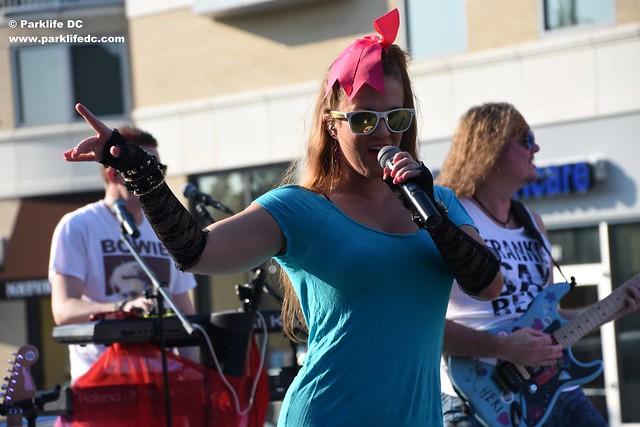 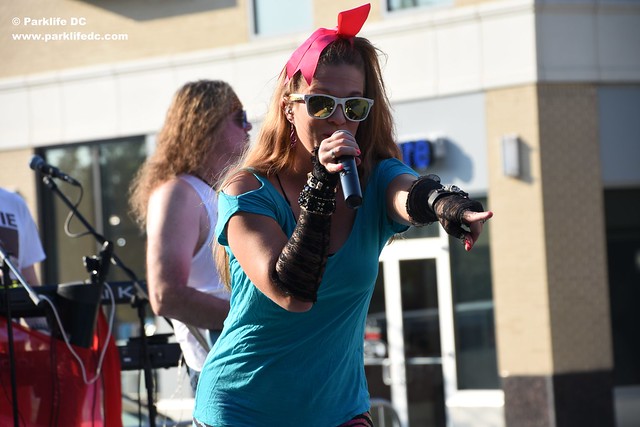 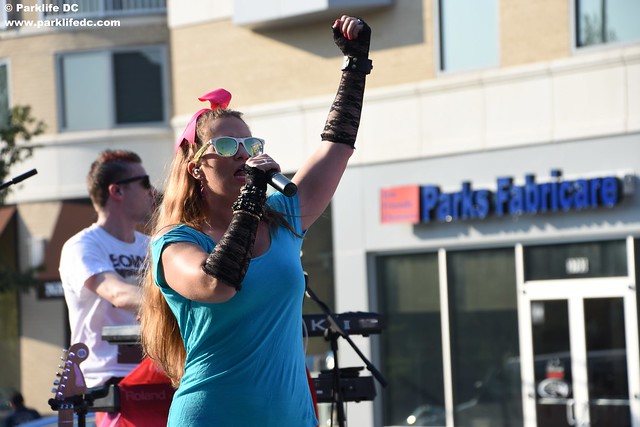 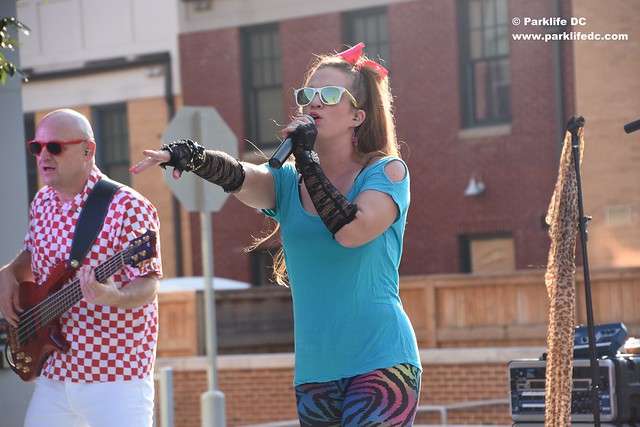 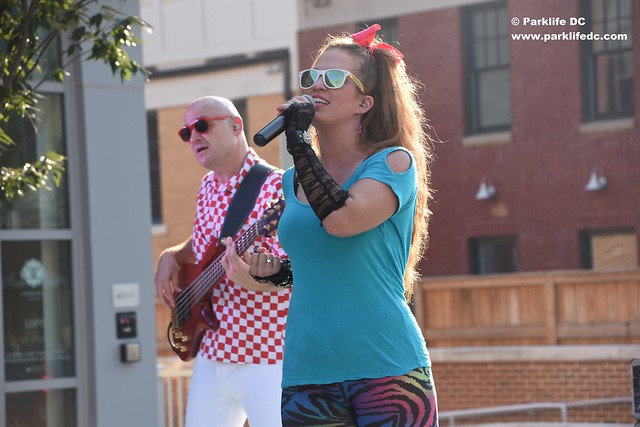 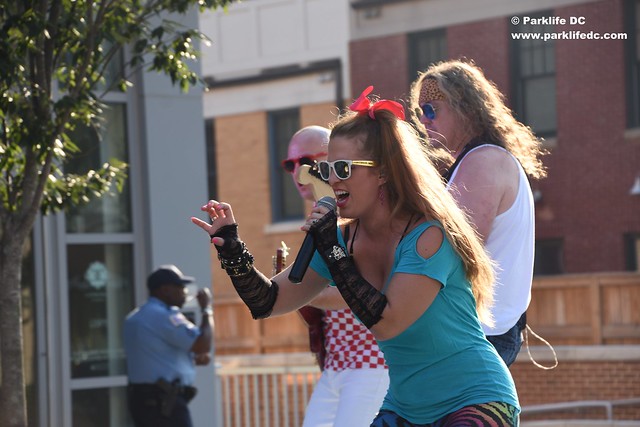 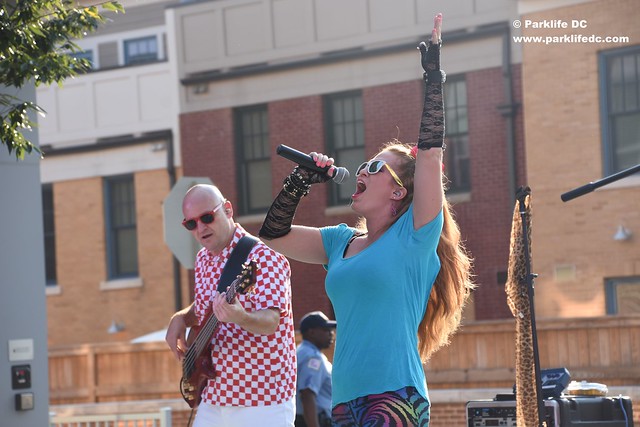