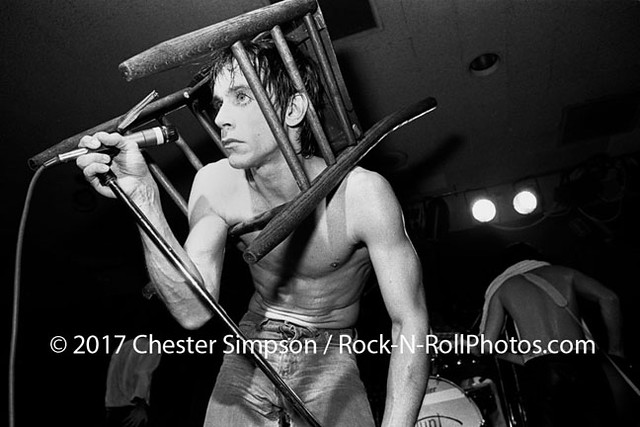 “In December 2015, the Smithsonian called on rock and roll lovers around the world to collect photos and stories of their favorite moments in music,” Smithsonian Books said. Folks contributed their photos through a website at http://rockandroll.si.edu. The results covered places from Los Angeles to Chicago to DC and artists like The Who, Chuck Berry, Jimi Hendrix, Bruce Springsteen, and The Rolling Stones “as never seen before.” 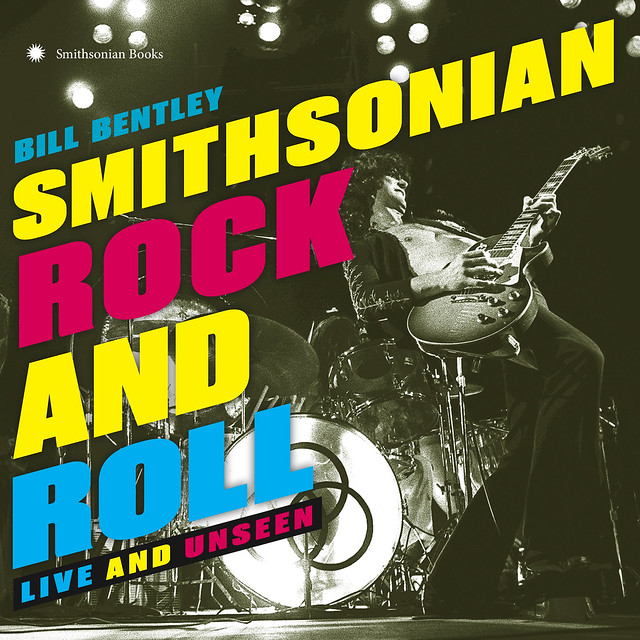 I asked Chester to provide some information about himself and the project. Here’s what he had to say:

“I’m a photographer who loves making pictures. I have been living and breathing photography all my life, and I’m a lucky guy who gets to do what I love to do in life.

My first memories as a little kid were of me drawing on the programs during church services, because it was all too boring for me to sit through. My mom bought me a sketch pad and saved my early drawings.

I started out drawing, painting, and taking pictures in Roanoke, Virginia. I grew up wanting to be a rock-n-roll photographer, and my bedroom walls covered with pictures of bands from Rolling Stone magazine.

So after several years of attending community college and studying art, I hitchhiked out to San Francisco with a young lady to attend the San Francisco Art Institute and study photography.

I had only been in San Francisco for a few weeks when I heard on the radio that Sunday there would be a free concert in Golden Gate Park with the Grateful Dead and Starship performing. Going backstage, I met famous rock-n-roll photographer Jim Marshall and asked if I could be his assistant. He became my mentor and showed me the business and how to photograph musicians. He told me to start taking pictures of the punk rock movement in San Francisco and to organize my photos.

So, I began my photography career shooting for every publication and got my first picture published in Rolling Stone magazine in 1977.

The artists I shot had no idea what their photos would look like until they had been processed, so they had to trust my direction, while taking pictures in the dressing room, recording studios, or on stage.

I have a few iconic images in the Smithsonian book that I’m very proud of capturing.

• George Clinton was my first assignment from Warner Bros., and I was blown away with his presence and creative energy he possessed on stage.
• Iggy Pop was such a dramatic presence on stage, then he smashed a chair and put it on his head.
• Elvis Costello was photographed during his first US tour in San Francisco.
• Los Lobos were snapped backstage when they were first starting out.
• A U2 group photo happened because they went to an interview at local college radio station KUSF, which played their music while the bigger radio station ignored them. I was there following them around taking pix.

I’m a very lucky photographer to have met and hung out with some very talented musicians who allowed me access to document them.”

Here is Chester’s photo of Elvis Costello on his first US tour at the Old Waldorf, San Francisco, Nov. 16, 1977, which appears on Page 145: 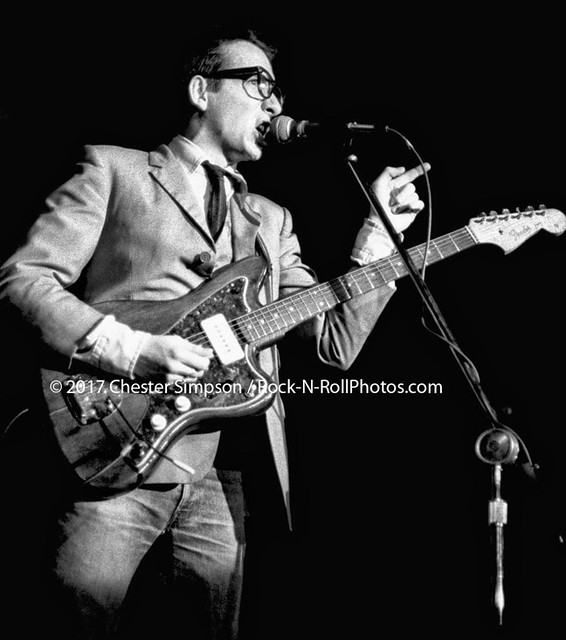 Author Bill Bentley, who wrote the copy for Smithsonian Rock and Roll: Live and Unseen, is the former A&R Director at Concord Music Group and Vice President of Warner Bros. Records. He has been a drummer, record store clerk, DJ, concert promoter, music producer, and record label publicist. In 2007, he received the ASCAP Deems Taylor Award. 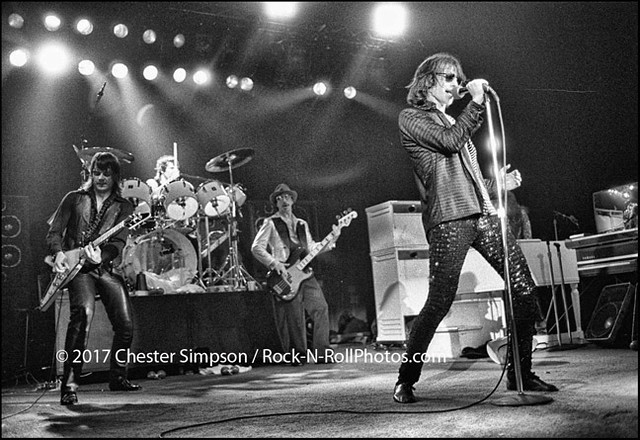 Not in the book, but here is Chester with Joan Jett and the Blackhearts on a USO Tour in Bosnia in 1999: 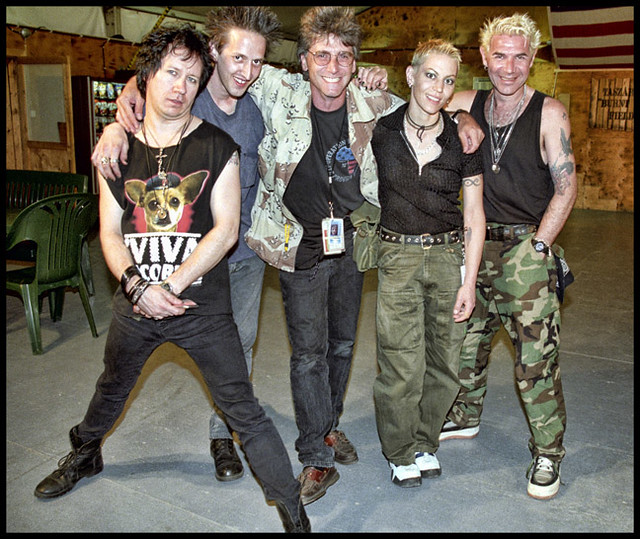