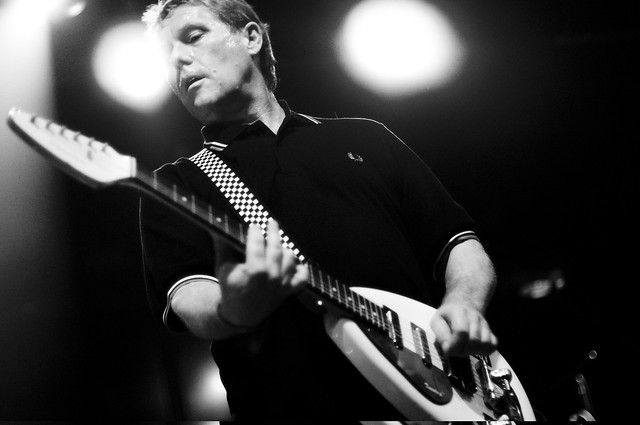 Dave Wakeling of the English Beat (Photo by Bryan Kremkau)

Legendary ska rockers English Beat are closing out the year with another tour of the United States, and frontman Dave Wakeling and company visit the Lincoln Theatre in DC on Tuesday, Nov. 7.

Of course, the original English Beat released three remarkable albums over 1980-82, spawning hit singles like “Mirror in the Bathroom,” “Too Nice to Talk To,” “Can’t Get Used to Losing You,” “Hands Off, She’s Mine,” and “All Out to Get You.” Dave went on to form General Public afterward, and that band also generated hits including “Tenderness”, “Never You Done That,” “Hot You’re Cool,” and a cover of Staple Singers’ “I’ll Take You There.”

Watch the official music video for “I’ll Take You There” by General Public, a current English Beat live staple, on YouTube:

Dave’s current English Beat collective plays all of those songs and more with their unique mix of ska, soul, and punk. In fact, the English Beat will soon release a new album, Here We Go Love, and the band play a few songs from that upcoming record as well. We at Parklife DC have heard some of it, and let me assure you that the new tunes are outstanding. Learn more in our Parklife DC interview with Dave Wakeling from March.

Dave and company are in great form, and it’s a really good time to see them. Buy your tickets online.