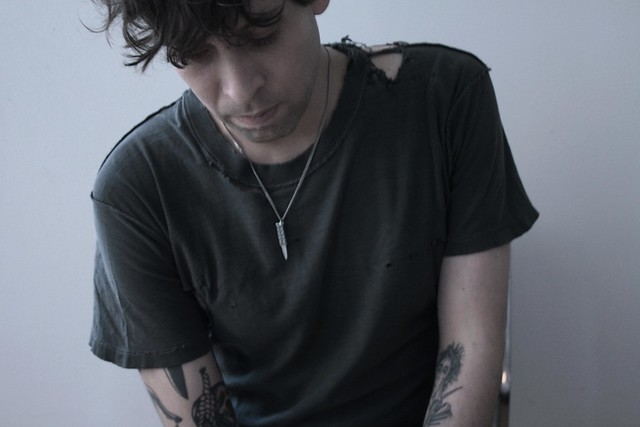 The Soft Moon aka Luis Vasquez released Criminal, his fourth studio album, via Sacred Bones in February. In the wake of its release, he’s now on tour, and he will perform at DC9 on Sunday, April 29.

On the new album, The Soft Moon explores his dark impulses. With new song “Give Something,” for example, he explores his inability to love. “‘You give something when I give nothing’ communicates my failure to reciprocate love. Having no control over the constant urge to sabotage all things that are good for me, there is irony and frustration in knowing that in the end, the impossibility of love is what will ultimately save me from myself,” Luis said.

Watch the official music video for “Give Something” by The Soft Moon on YouTube:

“This album shows Vasquez piercing through his self-protective veil, exposing raw nerves and real pain. Inside all that darkness lurks a shuddering will to live,” said Pitchfork in a review of the album.

Luis elaborated, “Guilt is my biggest demon and has been following me since childhood. Everything I do strengthens the narrative that I am guilty. The concept of ‘Criminal’ is a desperate attempt to find relief by both confessing to my wrongdoings and by blaming others for their wrongdoings that have affected me.”

From Oakland, California, The Soft Moon originally combined post-punk melodies and krautrock beats to shape his self-titled debut album in 2010. He followed that up with second album Zeros in 2012. After moving to Venice, Italy, in 2013, he released third album Deeper the following year. His return to the United States inspired him to confront his past with his latest record.