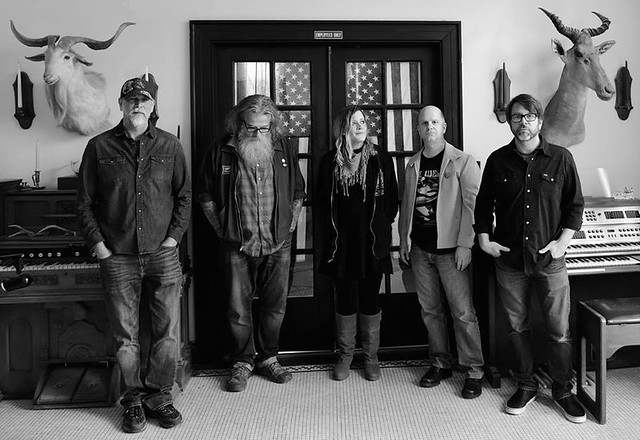 Wussy released What Heaven Is Like, the band’s seventh studio album, via Shake It! in May, and they soon will embark on a short tour that includes a stop at Black Cat on Saturday, July 14.

“[B]etween the troubled thoughts of wrong roads taken in ‘One Per Customer,’ the doomy tale of bad luck in ‘Tall Weeds,’ and the contemplation of a life gone wrong in ‘Nope,’ nobody can write about things going sour with Wussy’s fusion of compassion and unblinking realism. With What Heaven Is Like, Wussy have made it clear they’re not giving up their status as one of America’s greatest indie bands just yet, and this is another dark but compelling album that deserves your attention,” said Mark Deming in a review for AllMusic.

Listen to What Heaven Is Like by Wussy on Bandcamp:

Principal songwriters Chuck and Lisa met in 2001 and formed Wussy, eventually releasing a debut album, Funeral Dress, in 2001. They’ve steady released an album every few years, as well as quite a few EPs (including this year’s Getting Better), proving there’s still a place for poetic lyrics and roots rock guitars.