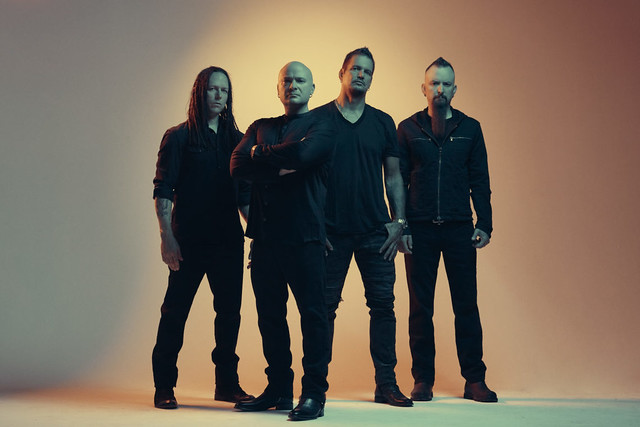 Vocalist David Draiman, guitarist Dan Donegan, drummer Mike Wengren, and bassist John Moyer saw the new album’s lead single “Are You Ready,” hit #1 on Billboard’s Hot Mainstream Rock Tracks chart. The song, which is the band’s 12th #1 single and the fastest chart-climber of their career, has nearly 17 million Spotify streams and a companion video with more than 10 million YouTube views.

Watch the official music video for “Are You Ready” by Disturbed on YouTube:

Evolution has been drawing rave reviews from fans and critics alike, with Billboard declaring it, “their most diverse album ever and one of their best, on par with their 2002 hit album Believe.”

Classic Rock wrote, “The title says it all — the band have embraced their own instincts, and as a result their credibility has soared on arguably their most convincing album since 2000’s The Sickness.”

According to the band, fans can expect to here a mix of classic hits like “Down with the Sickness,” “Inside the Fire,” and “The Sound of Silence” (yes, covering Simon and Garfunkle) along with new tracks, such as “Are You Ready” and “A Reason to Fight,” during the concert.