Now in 2019, Gin Blossoms are celebrating 30 years since their debut album Dusted. And that celebration came to the State Theatre in Falls Church, Virginia, recently.

From forming in Tempe, Arizona, in the late ’80s to a five-year hiatus (1997-2001) Gin Blossoms has managed to stay four-fifths members of their classic lineup. Gin Blossoms consists of members Robin Wilson (lead vocals/guitar) Jesse Valenzuela (guitar/vocals) Bill Leen (bass), Scott Johnson (guitar) and their newest member Scott Hessel who has been the drummer the past 6 years.

I walked into a sold-out show at the State Theatre on Feb. 16 and noticed the crowd were big fans of the Gin Blossoms. Everyone was relating stories about when they first saw them in concert, which were their favorite songs and why.

Some people, noticed my cameras and approached me asking if I had photographed them?

Yes, I photographed them on the 4th of July, 1996, at Eagle Base in Tuzla, Bosnia for a USO show. They performed with the San Francisco Forty Niners Cheerleaders to entertain our US Soldiers stationed there.

On that day in July, I met them as they arrived by jet, and we departed by Black Hawk helicopters for a handshake tour to Steel Castle Base. The Gin Blossoms wanted to meet, greet, sign autographs, and pose for photos with these soldiers who where unable to see the show because they were on duty. Upon returning, their time was taken up by Armed Forces Entertainment and AOL interviews, autographs and photos. They seemed like genuinely good people.

What a great show they did. It happened to be one of the best 4th of July shows that I have ever photographed on a USO tour.

This band wasn’t being paid to be there, but they appreciated and wanted to give back to their country and to Thank the soldiers!

Stream New Miserable Experience by the Gin Blossoms on Spotify:

At the State Theatre, the band came on stage and performed music they knew would make people feel nostalgic. I was surrounded by people who knew the words and sang along. What a great feeling!

Getting up close and personal with the people hugging the stage, Robin handed out tambourines and put them to work adding to the songs as the crowd sang.

During the show, Robin Wilson and the band paid tribute to former bandmate Doug Hopkins, the man behind iconic ’90s alt-rock hits “Hey Jealousy” and “Found Out About You” and who lost his battle to alcoholism.

Robin got the audience to raise a glass and toast Doug before they performed “Hold Me Down” and “Pieces of Night.”

“’Hold Me Down’ is a really special song for me, because that’s the only one that Doug and I officially wrote together, so it means a lot,” Robin once said.

“Hold Me Down” lyrics:

During one set, Robin held up a guitar that all the band members signed and explained that it would be for sale at the merchandise table after the show. All proceeds would benefit Jail Guitar Doors, a nonprofit that provides musical instruments to prison inmates.

Here’s the setlist of songs:

Here Again
Break
Still Some Room in Heaven
New Miserable Experience
Lost Horizons
Hey Jealousy
Mrs. Rita
Until I Fall Away
Hold Me Down
Cajun Song
Hands Are Tied
Found Out About You
Allison Road
29
Pieces of the Night
Cheatin
Face The Dark
Til I Hear It From You

The Gin Blossoms appreciated their audience, just as much as the audience appreciates them. They are genuinely good musicians with big hearts, that are still entertaining and are still giving back to help others! More entertainers should follow their path.

Here’s some nonprofits organizations they support!

Jail Guitar Doors works toward a more fair and just America. We are a non-profit organization providing musical instruments and mentorship to help rehabilitate prisoners through the transformative power of music.

In 1978, The Clash released the song, “Jail Guitar Doors,” telling the story of the imprisonment of their fellow musician Wayne Kramer. In 2007, to honor the life of Clash founder, Joe Strummer, Billy Bragg launched an initiative to provide musical equipment used to rehabilitate inmates serving time in Her Majesty’s Prisons in the UK. His initiative is named for that very same song, “Jail Guitar Doors.” In 2009, Wayne Kramer partnered with Billy Bragg to found Jail Guitar Doors USA. Together, their combined effort continues the mission for prisoners in America. The circle is unbroken.

We believe that all people deserve quality cancer care, a marrow donor if needed, and most importantly, hope.

Founded by cancer survivors, LHS leverages the power of music to expand the marrow registry through our “Get on the List” campaign. At LHS, we believe in offering real hope to people currently living with cancer.
​
“I’ve been a proud member of the LHS team since 2009. The emotional and tangible rewards have been immeasurable. Gin Blossoms are glad to have LHS on tour with us, and after going to Africa and Nepal, I am especially excited to participate in Rock the Canyons 2018 in my home state of AZ.” – Robin Wilson

Here are some pictures of the Gin Blossoms performing at the State Theatre in Falls Church, Virginia, on Feb. 16, 2019. And a few of my photos from July 4, 1996! All photos copyright and courtesy of Chester Simpson. 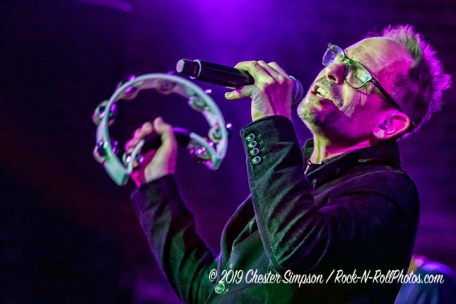 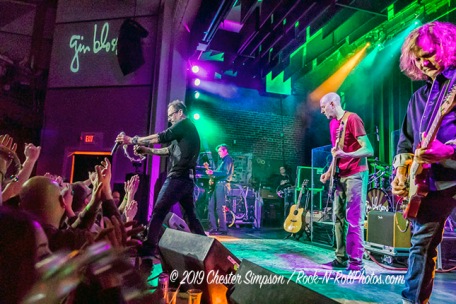 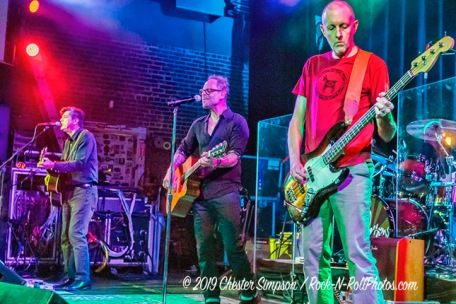 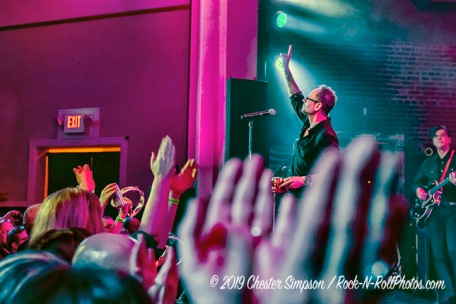 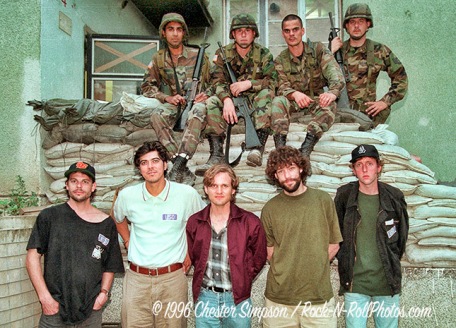 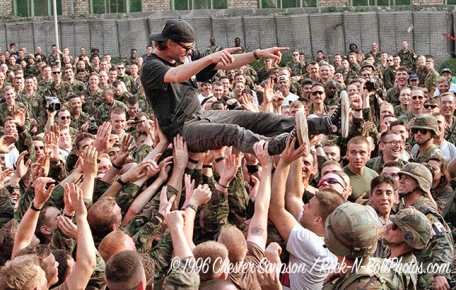