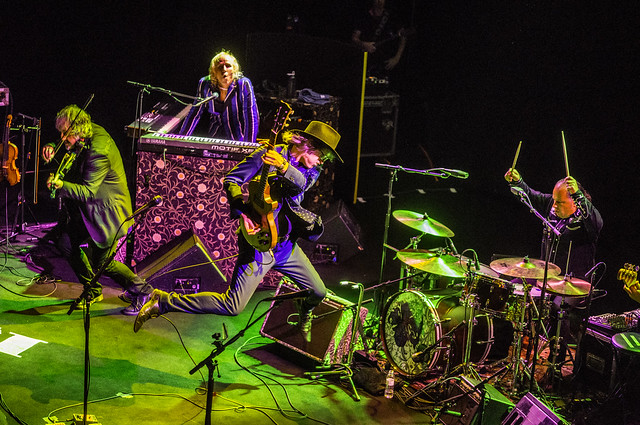 The Waterboys (Photo by Xavier Mercade)

The Waterboys released Where The Action Is in May via Cooking Vinyl, and the British/Irish folk rockers tour the United States for the first time since 2015 with a stop at the Lincoln Theatre on Sunday, Sept. 22!

Watch the official music video for “Where the Action Is” by The Waterboys on YouTube:

Mike Scott is well known for his radical changes in music genres throughout what he calls his “allegedly unorthodox” career. As the Associated Press notes in their review of the new album, “There are swinging salutes to R&B, and mashups bridging genres and generations. Scott pairs hip-hop verses with a Beatles-style chorus on the sunny ‘Take Me There I Will Follow You,’ and he puts 18th century lyrics to a 21st century rhythm track on ‘Then She Made the Lasses O.’”