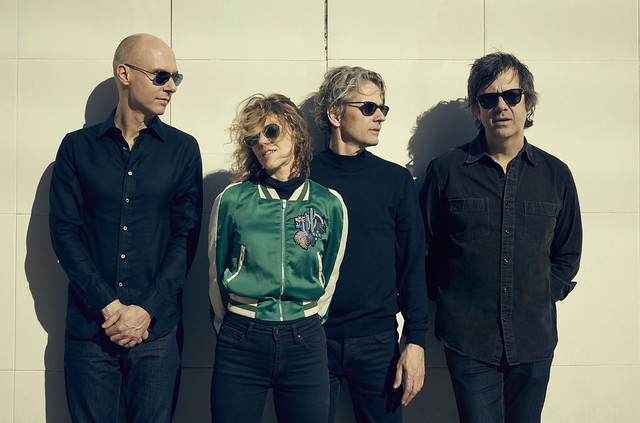 Luna frontman Dean Wareham reformed the band in 2015 after a 10-year hiatus. In recent years, the band took the road to play one of their early albums in their entirety, such as they now do with Penthouse, and an extra set of favorites as well.

“Certainly the first time playing ‘Chinatown’ or ‘Tracy I Love You,’ that’s a Luna song that can get to me and get to other people too,” Dean told Spin in 2015, referring to fan favorites from Penthouse and 1997’s Pup Tent. “Music can do that, music is a powerful art. It’s the most direct to people’s soul I think, more than poetry or film. The quickest anyway, the quickest to trigger emotions.”

In a retrospective for the AV Club, Steven Hyden says Penthouse is evidence of Luna’s “richly seductive music.”

“On Penthouse, Wareham adopts a noir-inspired persona reminiscent of Elliott Gould’s Philip Marlowe in The Long Goodbye; he’s a man out of time, a star-crossed loser who still says stuff (in the opening track, “Chinatown”) like ‘chasing girlies’ and ‘go home earlys,’ without a trace of irony. While most of Luna’s alt-rock peers were cranking up the distortion and Black Sabbath riffs, Luna’s musical approach was suitably old-fashioned, with languid, twangy guitars—think ‘Peter Gunn’ on downers—and a fluid, almost jazzy rhythm section scoring Wareham’s late-night tales of mystery,” Steven wrote.