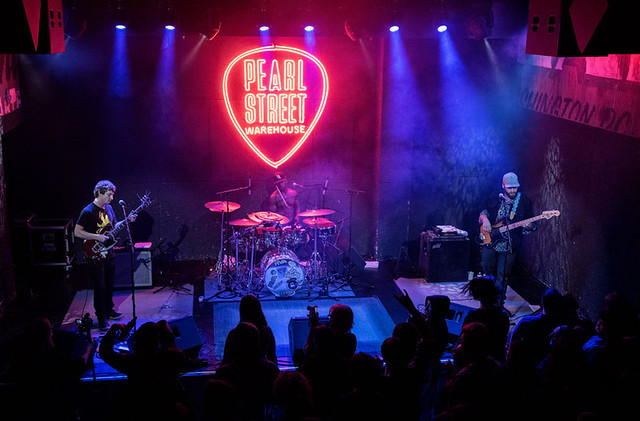 With their unique and face-melting blend of rock, punk, psychobilly, and psychedelia, People’s Blues of Richmond blew into Pearl Street Warehouse on a chilly recent night and proceeded to burn the place down. Known affectionately to their fans as PBR, this power trio hails from Richmond, Virginia. Described as Jimi Hendrix meets MC5, their website calls the music “psychedelic blues rock.” To the packed Pearl Street Warehouse crowd, descriptions didn’t matter; PBR simply rocked.

Quit or Die was the culmination of many hard alcohol and drug-fueled years on the road. The album signaled a new direction, perhaps not complete sobriety, but a renewed focus on their art. That determination earned PBR praise from Relix, Paste, Guitar World, AfroPunk, among others. PBR soon found themselves opening for Gregg Allman, ZZ Top, Nathaniel Rateliff & The Night Sweats, The Revivalists, and Papadosio and playing venues like Red Rocks, Lockn’, The Brooklyn Bowl, The National, and The Norva.

Stream Quit or Die by the People’s Blues of Richmond on Spotify:

Seeing PBR for the first time (I’m really late to the party) on Nov. 15, I didn’t recognize any songs and was unable to find a set list. However, looking at past setlists, it’s a safe bet the show included fan favorites like “I Don’t Give a Damn,” “Hard-on Blues,” “Quit or Die” and “Nihilist.”

Watch PBR perform “I Don’t Give a Damn” live at Paste Studios on YouTube:

So, after reading all the accolades and experiencing a PBR performance, imagine my disappointment at reading this on their Facebook page:

It is with a heavy heart that we announce an indefinite hiatus from touring. We are extremely grateful and humbled by the opportunities that have been presented, however, it has come time to regroup and go our separate ways. Would like to thank all of our fans out there for the continued support over the last 11 years. We couldn’t have done it without y’all.

Unfortunately, the shows from Oct 17 – 26 will not be taking place. The dates listed below will be the last opportunities to see PBR for the foreseeable future. We hope to see as many of you out there as possible: we will be ending this the way it started… loud, passionate, and leaving every bit of energy on stage. Be on the lookout for new projects and announcements in the near future.

Those familiar with Semisonic’s “Closing Time” and its pivotal lyric, “Every new beginning comes from some other beginning’s end, yeah” know that the song isn’t about a bar and last call. It’s about change, growing up, leaving the safety of the womb. Although PBR’s apparent indefinite (but hopefully temporary) pause is a disappointment to this new fan, the promise of rock and roll is that we don’t have to grow up. We only have to grow. 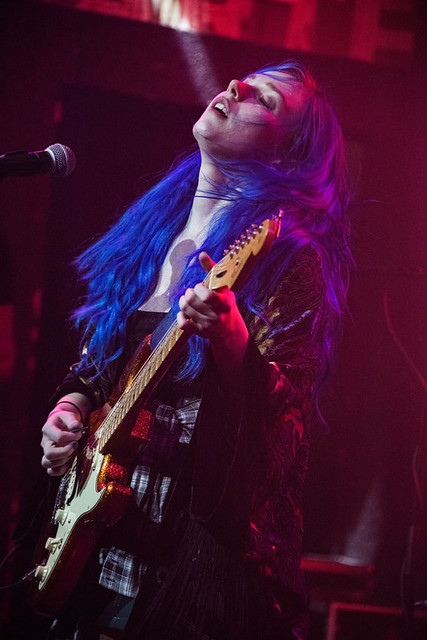 As Opening act, DC-based-Elizabeth II led by Beth Cannon, set the tone for the evening in dramatic fashion. Her long blue hair flying as she prowled the Pearl Street stage blasting out her unique brand of pop, rock, and metal.

Beth’s self-penned tunes recall icons Joan Jett, Heart, and the Ramones with a dash of Led Zeppelin (in fact, a snippet of “Dazed and Confused” made it into the set). Elizabeth II’s self-titled first EP, released last August, makes an impressive opening musical statement. Beth told DC Music Review in July, “I wanted to give DC something different, something rock, something catchy, and something weird.” Between People’s Blues of Richmond and Elizabeth II, we got all that and much more last Friday.

Here are some pictures of Elizabeth II performing at Pearl Street Warehouse on Nov. 15, 2019. All photos copyright and courtesy of Mark Caicedo. 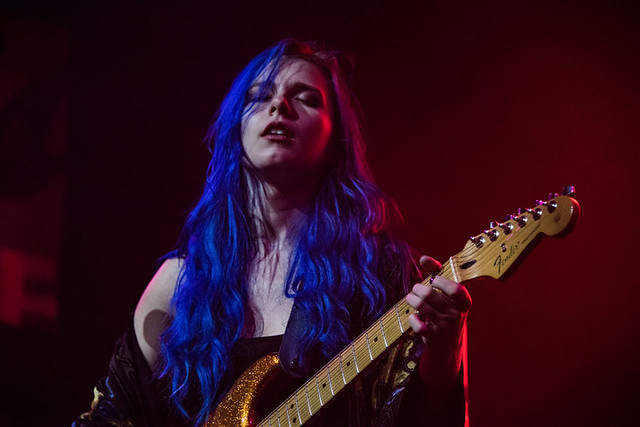 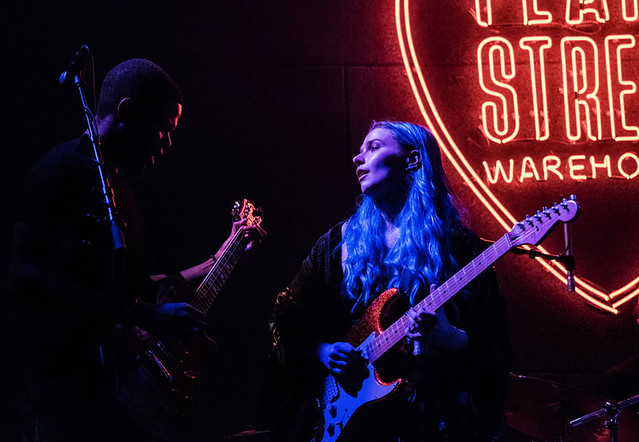 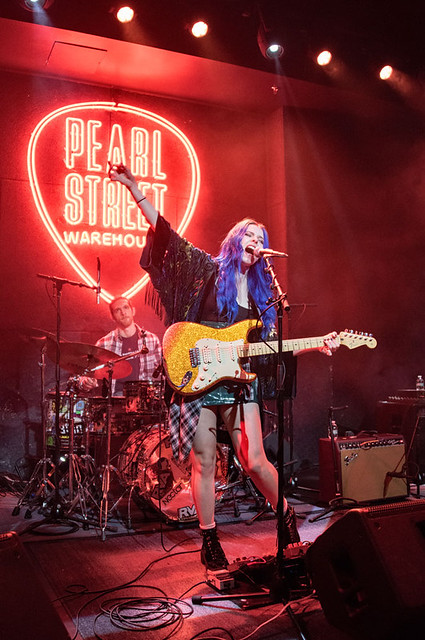 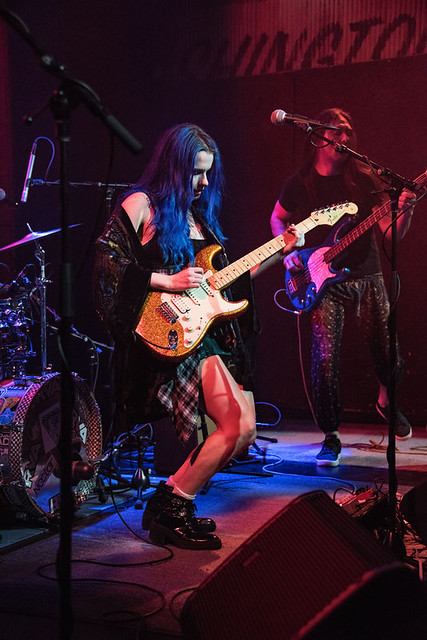 Here are some pictures of the People’s Blues of Richmond performing at Pearl Street Warehouse on Nov. 15, 2019. All photos copyright and courtesy of Mark Caicedo. 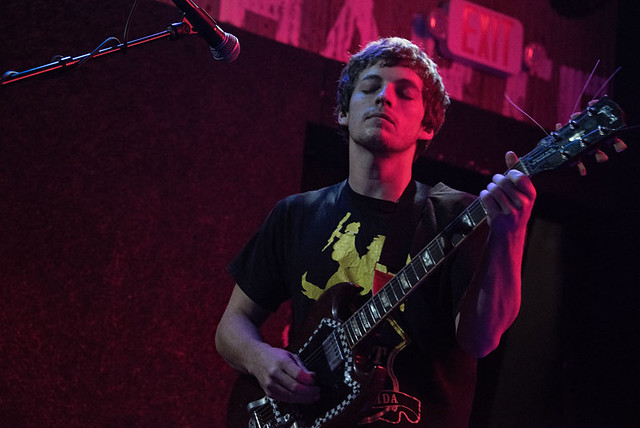 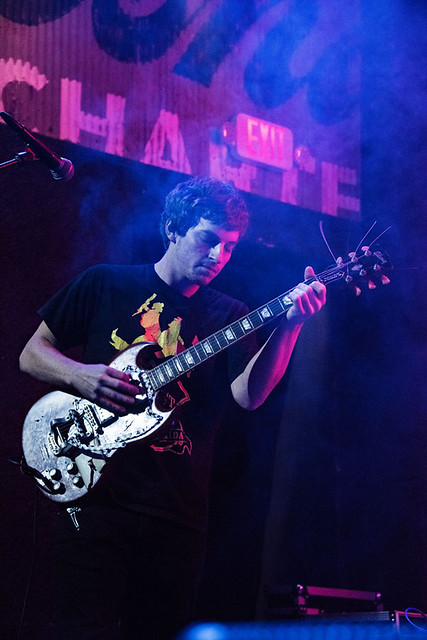 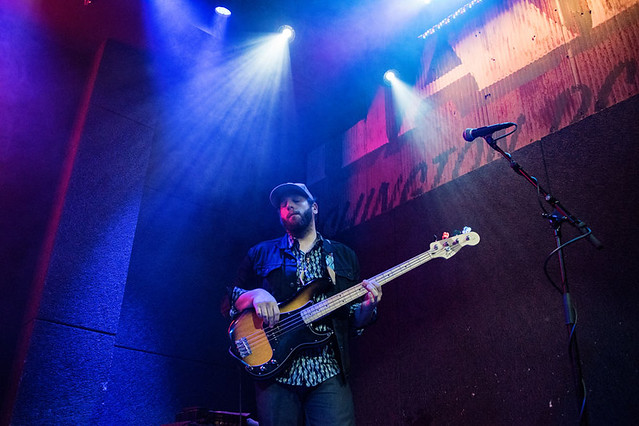 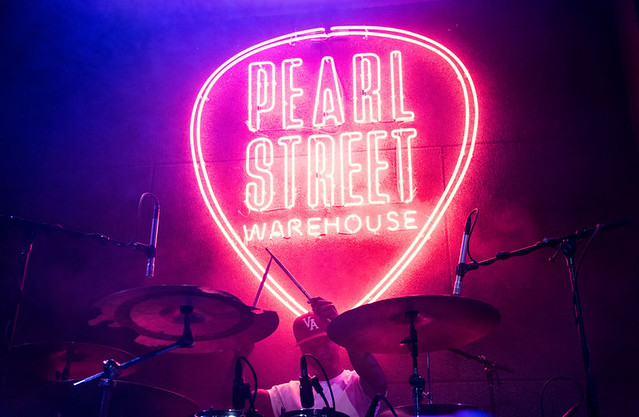 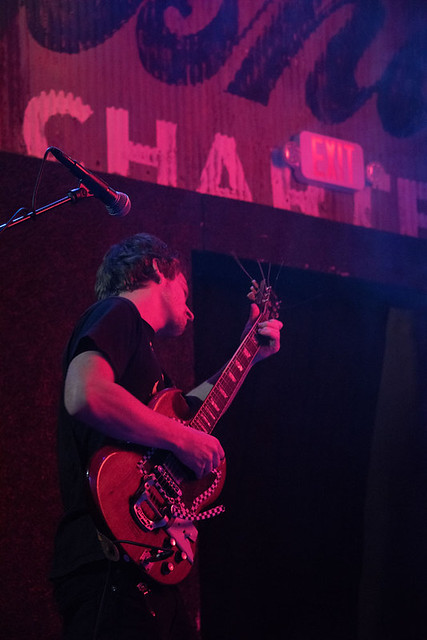 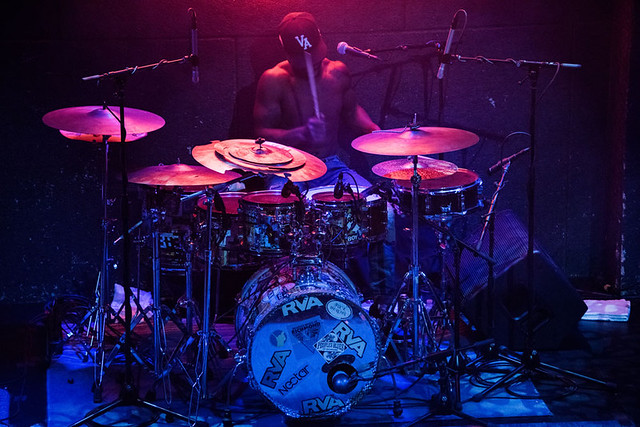 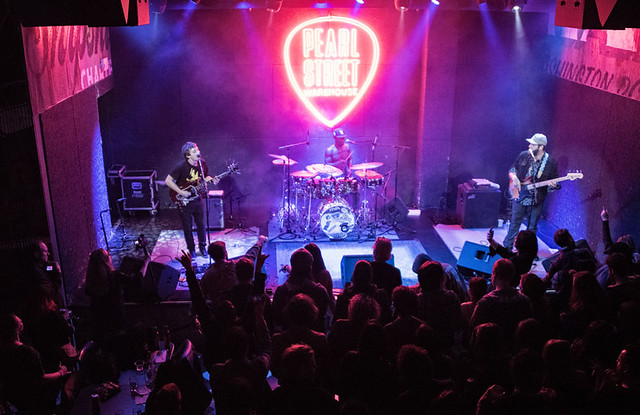 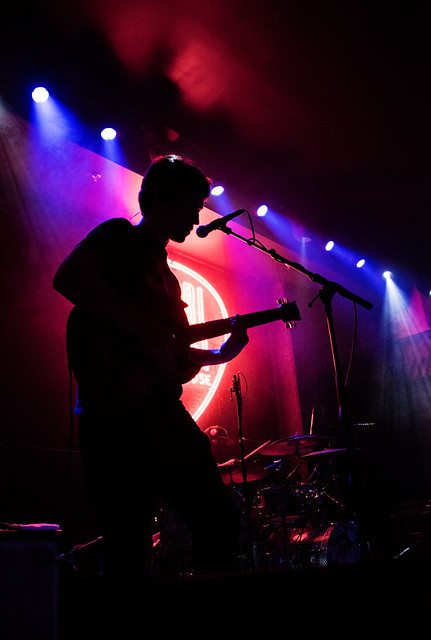 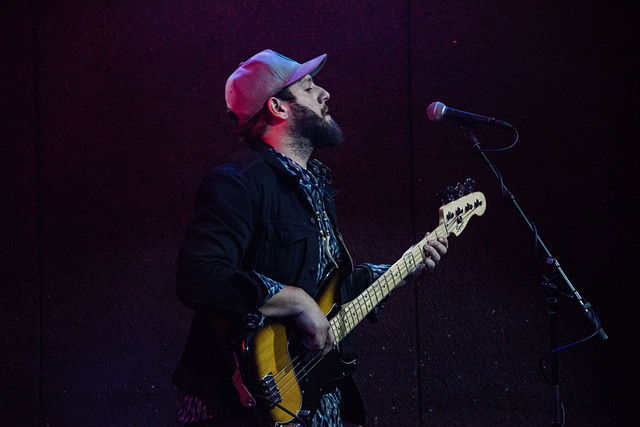 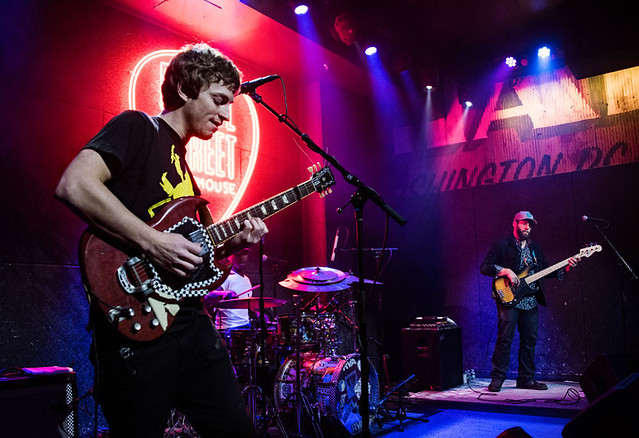