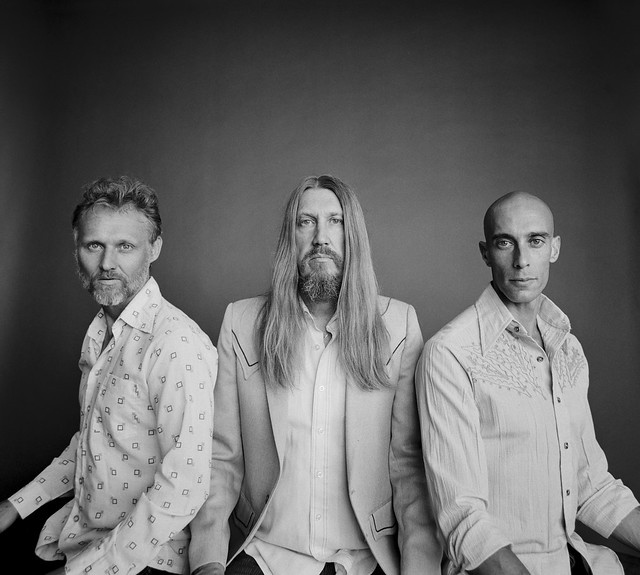 On past records, the band — brothers Oliver and Chris Wood, and Jano Rix –would often write a large batch of songs and then deliberately capture them all at once, but when it came to making Kingdom in My Mind, The Wood Brothers began recording without even realizing it.

At the time, the trio thought they were simply breaking in their new Nashville recording studio/rehearsal space, laying down a series of extended instrumental jam sessions with engineer Brook Sutton as a way to learn the lay of the land. Some rooms, they found, were spacious with natural reverb, others were tight and dry; some recording setups required a gentle touch, others encouraged blistering energy.

“We weren’t performing songs,” Oliver Wood said. “We were just improvising and letting the music dictate everything. Normally when you’re recording, you’re thinking about your parts and your performances, but with these sessions, we were just reacting to each other and having fun in the moment.”

Stream The One I Love by The Wood Brothers on Spotify:

Kingdom in My Mind follows The Wood Brothers’ most recent studio release, 2018’s One Drop of Truth, which hit #1 on the Billboard Heatseekers chart and garnered the band their first Grammy Award-nomination for Best Americana Album. NPR praised the record’s “unexpected changes and kaleidoscopic array of influences,” while Uncut hailed its “virtuosic performances and subtly evocative lyrics,” and Blurt proclaimed it “a career-defining album.”

Tracks from the record have racked up roughly 8 million streams on Spotify alone, and the band took the album on the road for extensive tour dates in the USA and Europe, including their first-ever headline performance at Red Rocks, two nights at San Francisco’s legendary Fillmore (captured on their 2019 release, Live at The Fillmore), and festival appearances everywhere from Bonnaroo to XPoNential.