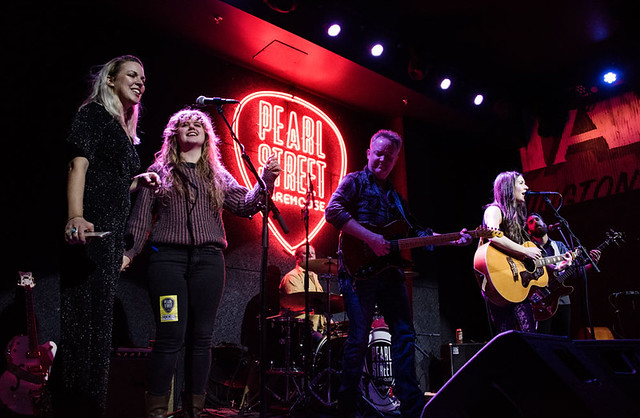 The term “Americana” conjures an earthy, roots type of music. Unfortunately, many find that label too uniform, limiting, and quite frankly, meaningless. That’s how overused the term has become.

If anything, this first show of the “Sweethearts of Americana” three-stop tour, demonstrated the diversity of the genre. Mink’s Miracle Medicine, Lauren Calve, and Karen Jonas recently each brought a distinctive flair and unique musical approach to Pearl Street Warehouse that defied Americana’s catch-all meaning.

Check out Mink’s Miracle Medicine’s showdates and hear more music on their website.

Up next, DC-based Lauren Calve gave Pearl Street Warehouse a performance that demonstrated her wide-ranging musical abilities. From rockabilly to blues, pop to gospel, she convincingly demonstrated that the term “Americana” is a tent under which many styles and genres reside.

I’d seen Laura perform at the DC Music Rocks Festival last summer at the 9:30 Club when the one song she was allocated fell squarely in the “singer-songwriter” category. But that appearance didn’t do justice to her powerful voice and formidable stage presence. Her cover of Derek and the Domino’s “Bell Bottom Blues” was a stark contrast to the 9:30 performance, with its bluesy vocals and intricate guitar part, demonstrating Lauren’s ability to handle a wide range of musical styles. To say I was blown away by her range and versatility performing with a full band would be an understatement.

Lauren is a fixture on the DC music scene; find videos, music and performance information on her website.

Finally, Karen Jonas, Tim Bray, and the two Seths (Brown and Morrisey) closed out the evening with a typically satisfying set. The Fredericksburg, Virginia-based Ms. Jonas continued to broaden her appeal with catchy, folk-bluesy originals (just a touch of country mixed in) and expertly placed covers.

Karen’s performance of John Prine’s “Angel from Montgomery,” along with the other “Sweethearts,” Melissa and Lauren, was the perfect combination of sweet and raw. Originals such as “Butter,” “Country Songs,” and “Wasting Time” clearly demonstrated Karen’s broad musical palette. With lead guitarist Tim’s tasteful fills and killer solos, her songs cross traditional musical boundaries, blurring the lines between country, rock, gospel, and blues.

Find much more of Karen’s music on her website.

The evening concluded all too soon for the enthusiastic crowd who had come to hear the broad range of musical traditions interpreted by the three “Sweethearts” — Melissa, Lauren, and Karen. The tour’s moniker recalled the female country duo, Sweethearts of the Rodeo, as well as the Byrds’ 1968 LP, Sweetheart of the Rodeo.

With Gram Parsons entering the Byrd’s fold that same year, the resulting album was destined to become a country rock classic, influencing thousands, if not millions, of singers and songwriters. Covering songs from composers as diverse as Bob Dylan, Merle Haggard, and Woody Guthrie, as well as band members Parsons and Roger McGuinn, the album bursts with the musical diversity that would come to be known as “Americana.” Over 50 years later, the Sweethearts of Americana brought, and kept, that tradition alive.

Here are some photos of Mink’s Miracle Medicine, Lauren Calve, and Karen Jonas performing at Pearl Street Warehouse on Jan. 23, 2020. All photos copyright and courtesy of Mark Caicedo. 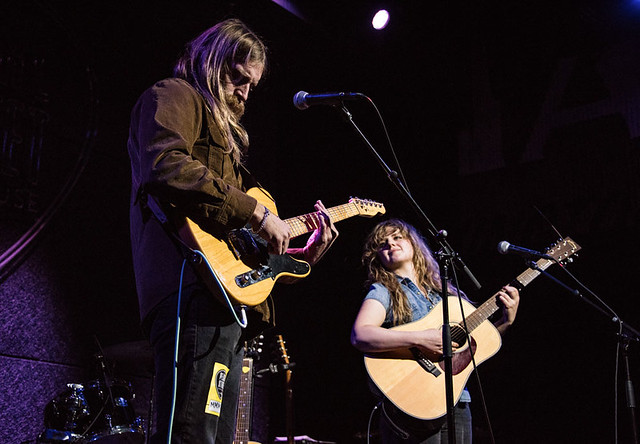 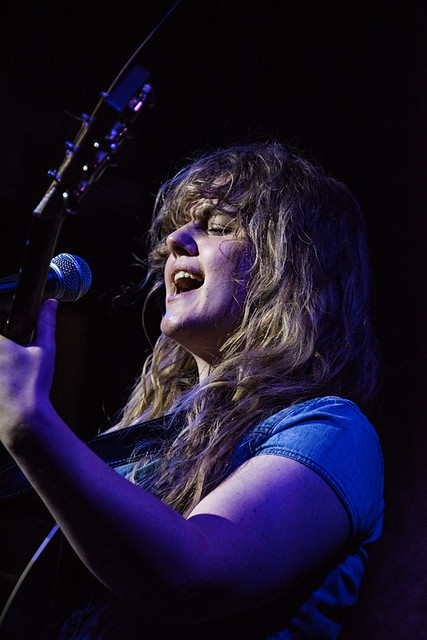 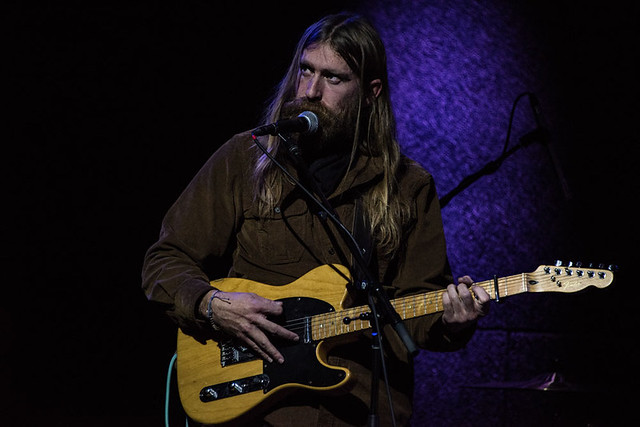 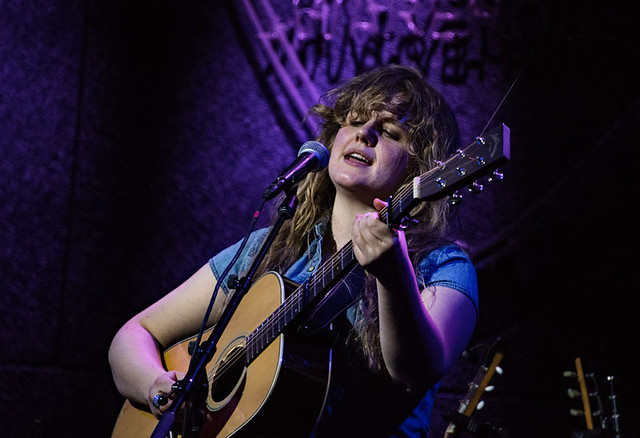 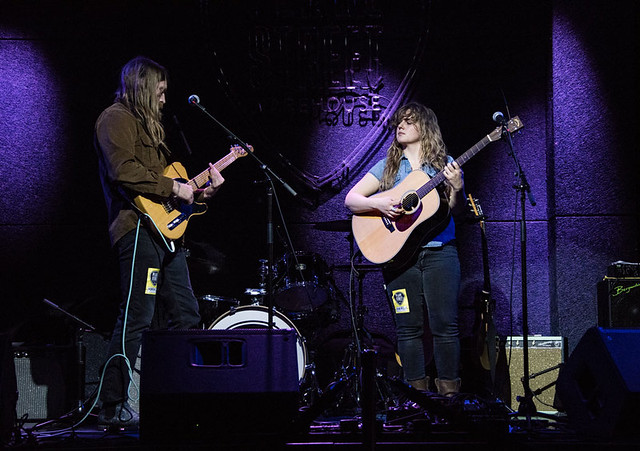 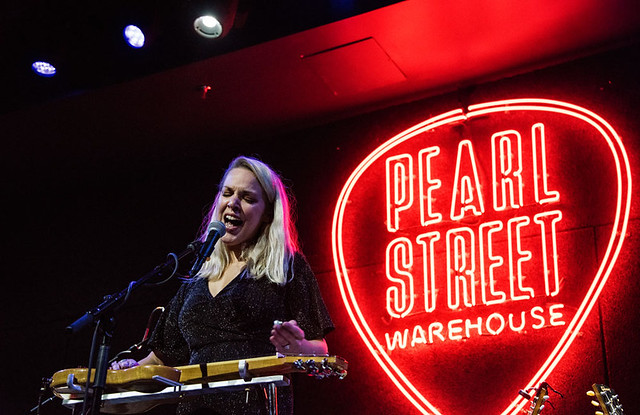 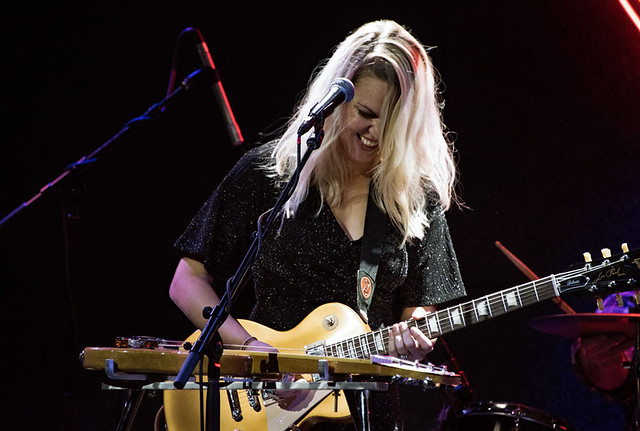 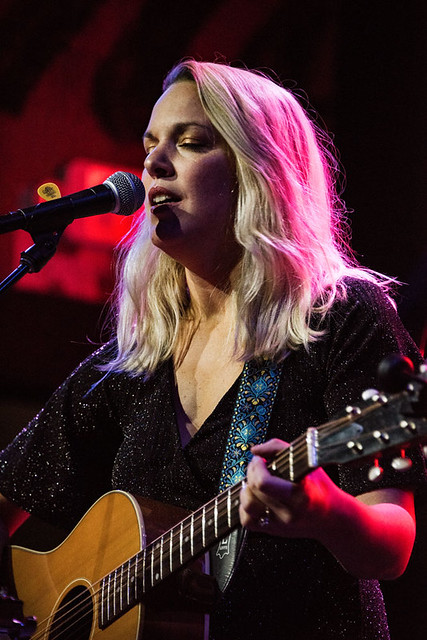 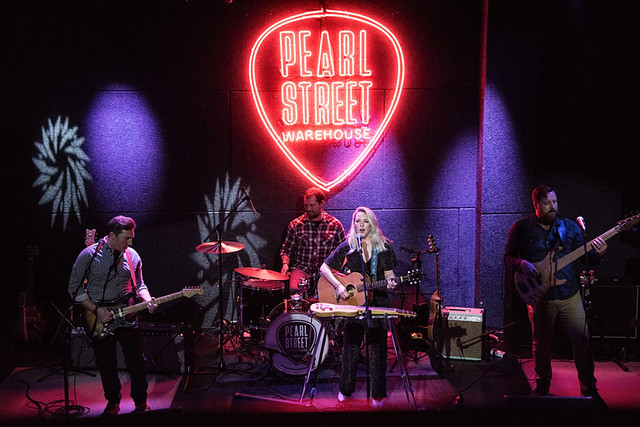 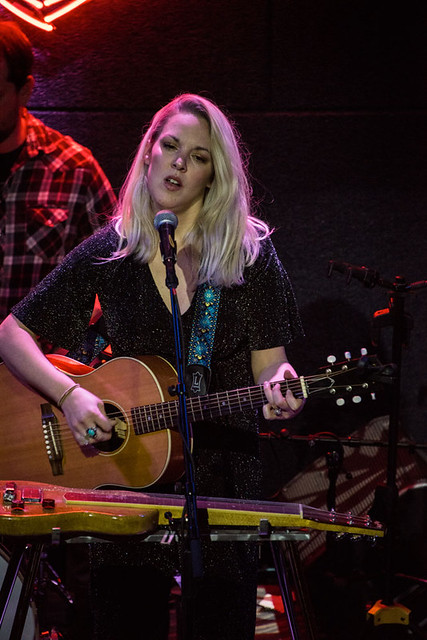 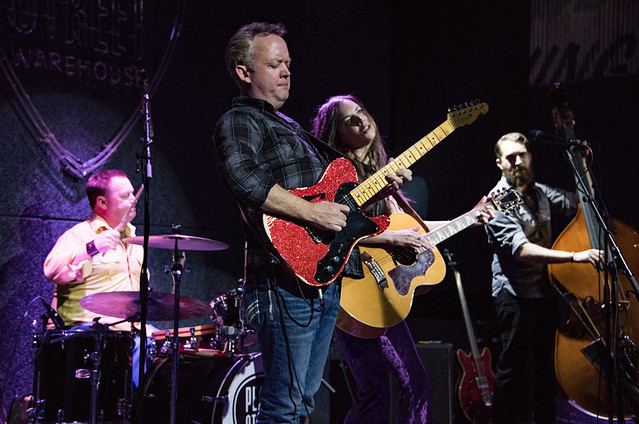 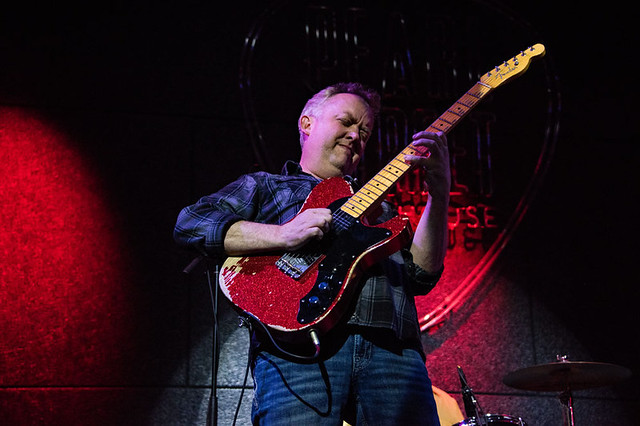 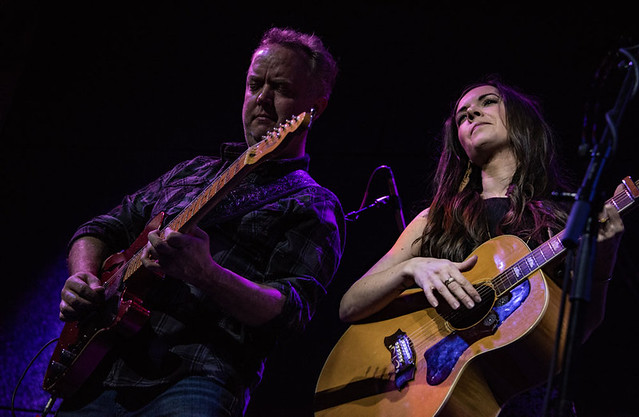 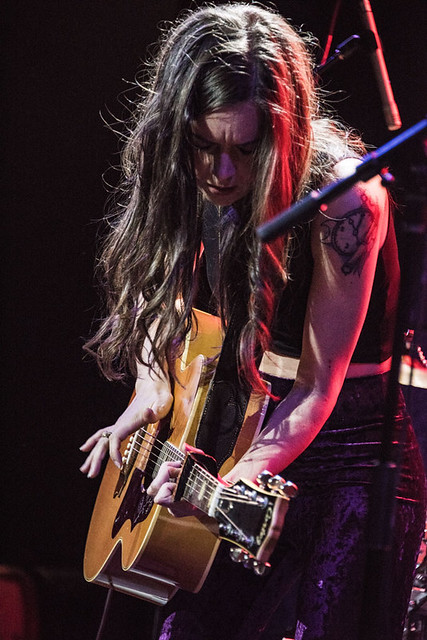 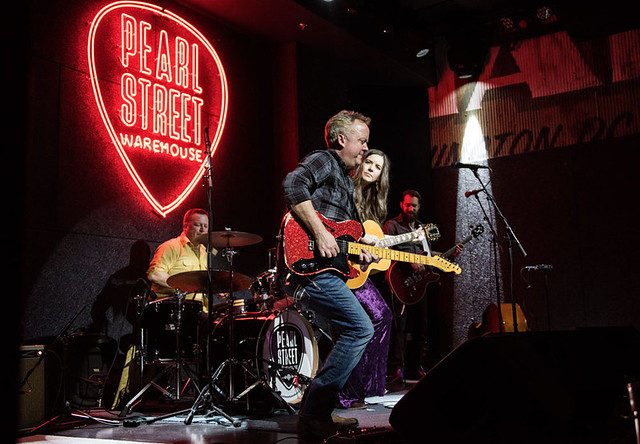 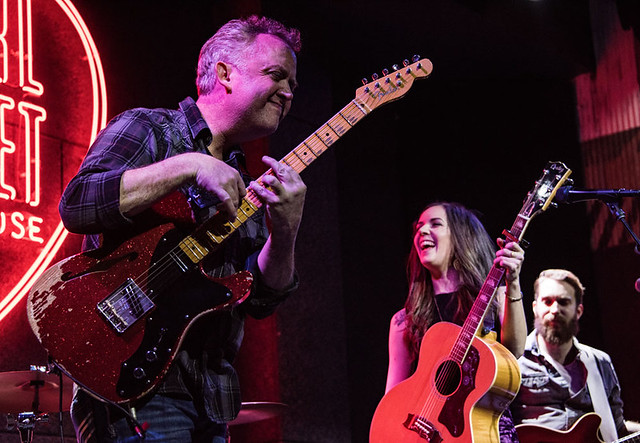 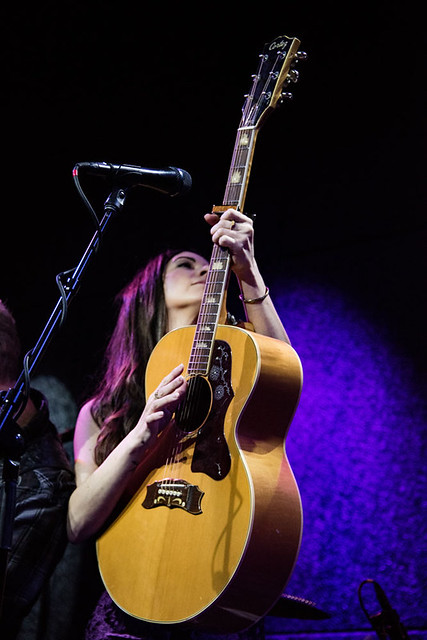 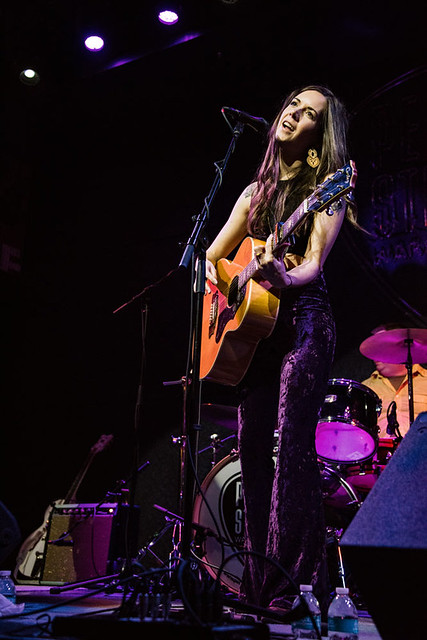 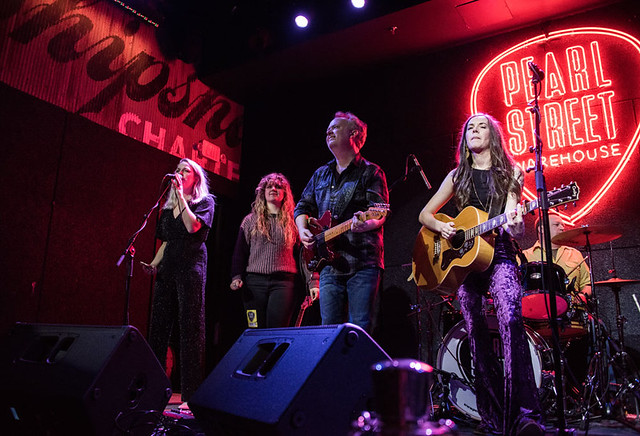 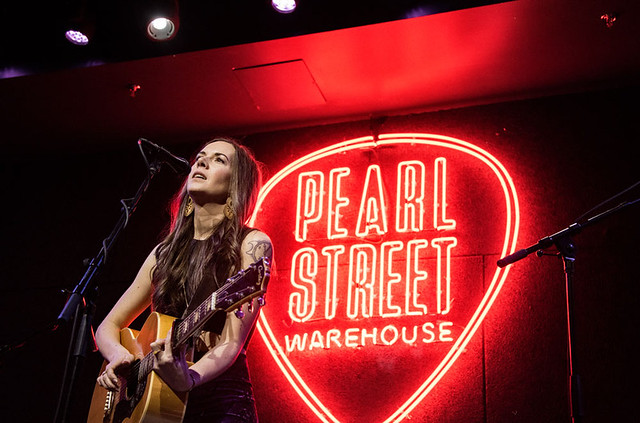