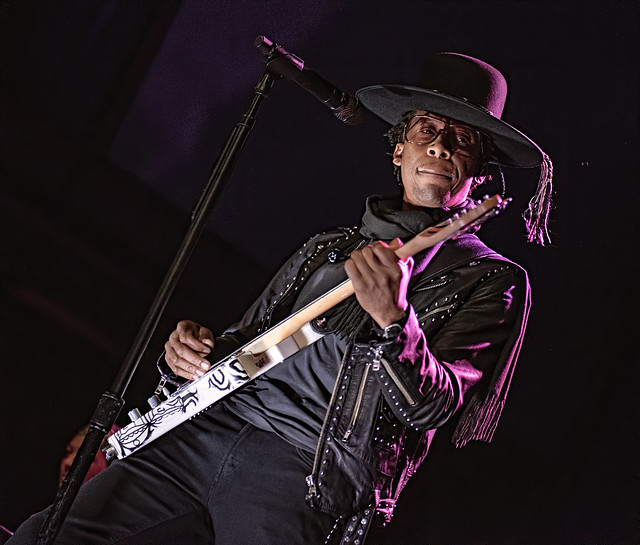 A few years ago, I was a commuter, making the trip from Baltimore to DC every day through rush hour traffic and some time on my hands while stuck in that bumper-to-bumper grind. My one saving grace was this album, “Stone Rollin'” that I became obsessed with. It felt old but in a new way — bright production with an old soul.

I knew of Raphael Saadiq’s group in the late 80’s, Tony! Toni! Toné! due to my brother’s R&B CDs (I was more of a punk rock youngster myself), but there was something about Saadiq’s solo work that clicked with me.

Fast forward to 2019 and a new Raphael Saadiq LP, Jimmy Lee, has Saadiq back in the spotlight. Named after his brother, Jimmy Lee Baker, who passed away in the 1990s just as Raphael’s group, Tony! Toni! Toné! was hitting it big.

Just listening to the first song on the new record, “Sinners Prayer,” you can hear that this album is different. It’s powerful with the chorus, “God / Help me make it / God / When the sinner is praying / God / Do you still hear it?” Setting the tone for what Saadiq has called his most personal record. Saadiq has collaborated with artists such as D’Angelo, Q-Tip, Solange, Mary J. Blige, and his repertoire is as diverse as ranging as those artists he has worked with. And his live shows are a mix of influences, some of which were on display at the second of two sold-out 9:30 Club shows on Sunday, Feb. 9.

As she did for the first night, Chicago artist Jamila Woods opened the evening with an amazing performance, spotlighting songs from her new album, Legacy Legacy, an album that highlights her influences — ranging from Eartha Kitt to (one of my favorite authors) Octavia Butler.

And while the coals were still hot, DJ Duggz kept the crowded 9:30 Club dance floor moving.

As Raphael Saadiq’s band took the stage this capacity crowd was ready! Starting off with songs from last year’s LP, Raphael was joined onstage by DC’s own go-go artists the BackYard Band with Anwan Glover, Weensey, and PJ for the fantastic “Still Ray.” And it was all smooth sailing as Raphael reached back from getting the crowd singing “I just wanna drive you crazy” from “Be Here” to “Something Keeps Calling Me” (my favorite track from the new record).

Raphael also brought on some Tony! Toni! Toné! tunes and even the Lucy Pearl classic, “I Wanna Dance Tonight,” stopping to have audience members sing the Dawn Robinson part. Saadiq is a master at bringing the crowd in and making it feel like a community event.

Two amazing, sweaty, sold out nights at the 9:30 Club weren’t nearly enough, but we take what we can get! Raphael Saadiq continues his tour, and it’s one not to miss.

Here are some more photos of Raphael Saadiq performing at the 9:30 Club on Feb. 9, 2020. All photos copyright and courtesy of David LaMason.