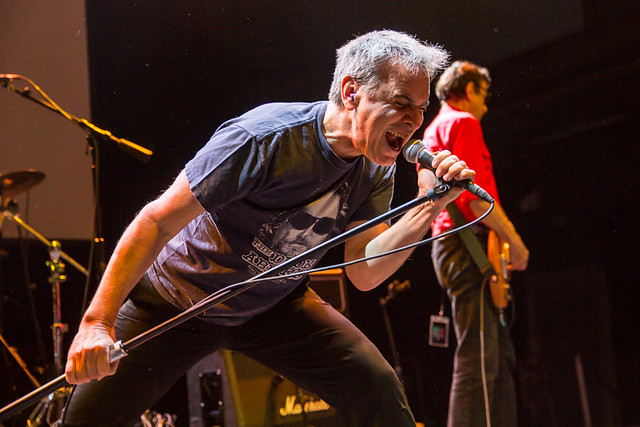 Earlier in the day, IMP — the operator of 9:30 Club, The Anthem, and the Lincoln Theatre — announced that all remaining March events would be cancelled, transforming this concert on March 11 into a sort of indefinite last hurrah for the city’s dedicated concert-goers.

Before Dead Kennedys’ headlining set, equally important hardcore band DOA warmed up the enthusiastic crowd with a blistering set of angry tunes, most of which were a scathing rebuke of the current US administration and its chief clown. If I have an eighth the amount of energy and political indignation as lead man Joey Shithead when I reach his age, I will consider myself very lucky indeed.

Drunk off of DOA’s aggressively catchy rage, the audience at 9:30 Club was primed and about to burst by the time Dead Kennedys took the stage. Reading the room, these San Franciscan titans of punk rock decided to open with one of their faster tunes, “Forward to Death,” immediately following up with their satirical Americana ballad “Winnebago Warrior.”

Now, I can’t talk about a Dead Kennedys set without addressing the elephant missing from the room… I was extremely skeptical of a live DK show without founding member and lead weirdo, the illustrious Jello Biafra. Although their current lineup boasts founders East Bay Ray on guitar and Klaus Flouride on bass, along with longtime drummer DH Peligro, I worried the performance would ring hollow without Jello’s trademark warbling vibrato, fearless storytelling, and flamboyant stage antics.

But to his credit, Skip Greer, who has filled in on lead vocal duties for the band since 2008, was a fluid and dynamic frontman, adding his own special flare of satire and deadpan comedy to the mix. Color me impressed; Skip had completely won me over by the time he blared into DK’s classic tune “Let’s Lynch the Landlord.”

Stream Dead Kennedys’ setlist from their March 11 show at 9:30 Club on Spotify:

As the night meandered along its predetermined trajectory, the 1,000+ people in the room became more and more enraptured by the performance unfolding in front of our eyes and ears. Witnessing the legendary, heroic East Bay Ray play (side note: say that five times fast) his iconic, surf-inspired, reverb-laced guitar hooks on songs like “Police Truck,” “California Uber Alles,” “Holiday in Cambodia,” and “Moon Over Marin” was just too awe-inspiring to be able to put into words. I imagine it would be sort of like if you could go back (or forward??) in time to actually see the aliens assemble the moꞌai on Easter Island.

It may be hard to conceptualize how a band that hasn’t produced new material in over 30 years (not to mention one that went through a long, distracting, and acrimonious intra-group legal fight) could put on a show with any contemporary relevance. But with Skip at the helm, Dead Kennedys provided plenty of digs at current events: changing their classic “MTV Get Off the Air” to “MP3 Get off the Web,” they took a broad swing at today’s social infrastructure, lambasting digitally inflicted self-isolation, YouTube bloggers, people in the crowd on their phones, and Taylor Swift, to name a few.

The band credited their song “Kill the Poor” as being the obvious solution to overpopulation, while providing a deeply cathartic moment with their performance of “Nazi Punks Fuck Off.” There’s no way the band could have known when they wrote that track, back in 1981, how sadly relevant it would be nearly four decades later, in the year of our Space Lord 2020.

Since we’re on the topic of relevance, I will say that Dead Kennedys missed an easy lay-up by choosing not to include “Government Flu” on the setlist…

All in all, during a time in which people are rightly anxious and a bit uncertain about what the future holds, this night provided a much needed respite, full of levity and well-executed live music.

Stay healthy and happy out there, DC.

Here are some photos of the Dead Kennedys performing at 9:30 Club on March 11, 2020. All photos copyright and courtesy of Paivi Salonen. 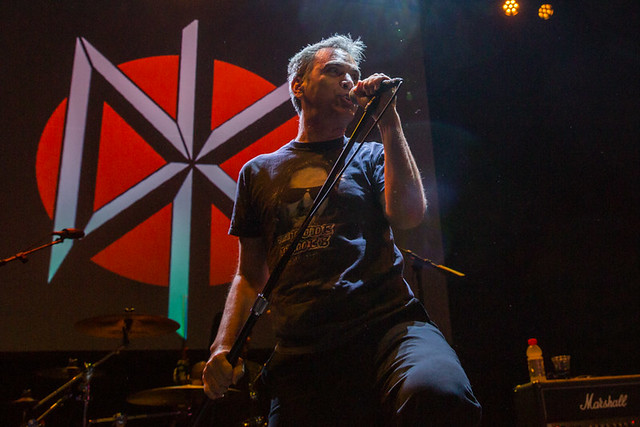 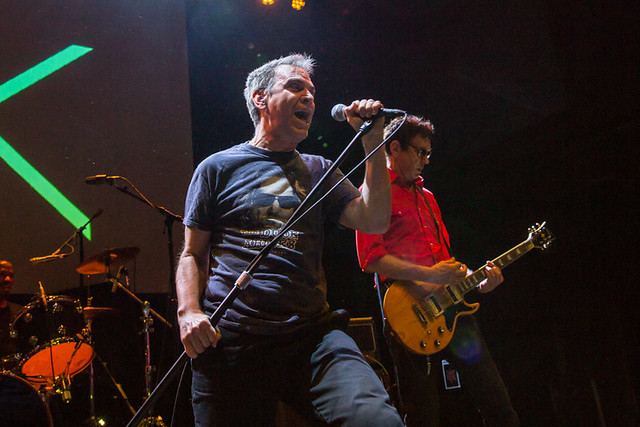 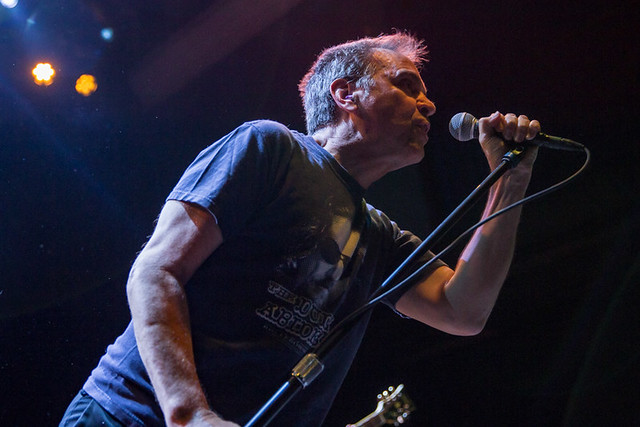 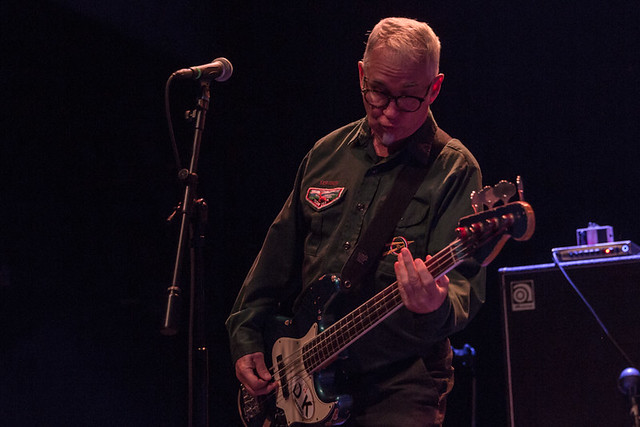 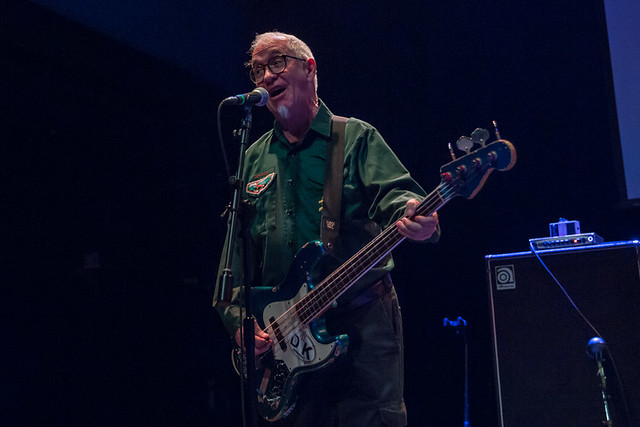 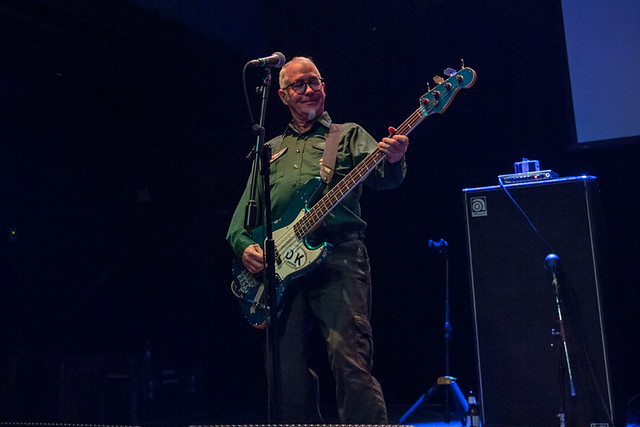 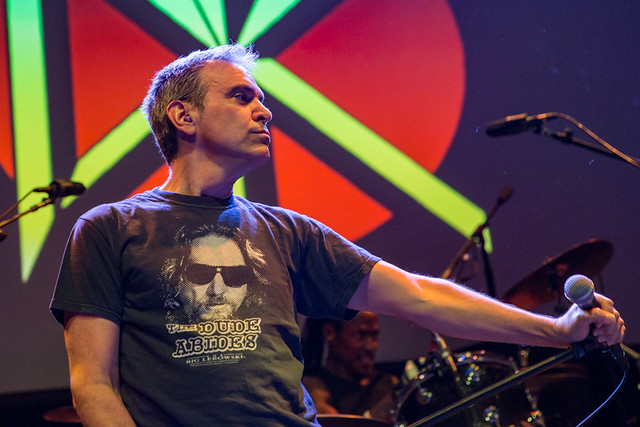 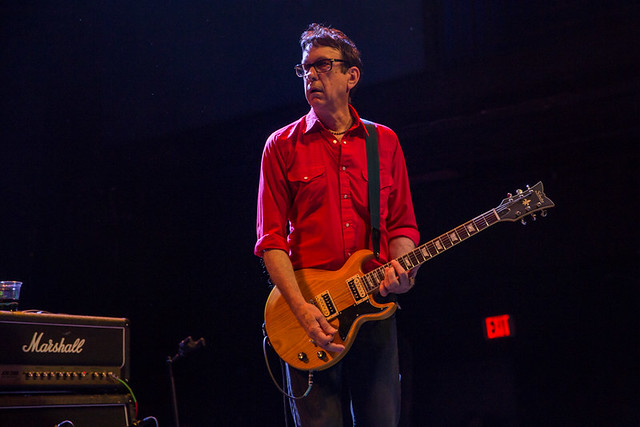 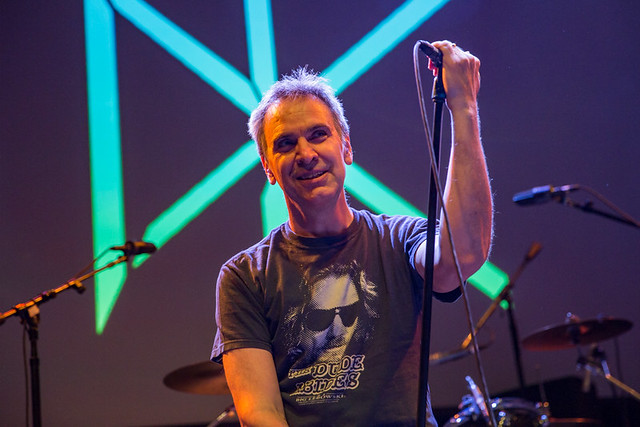 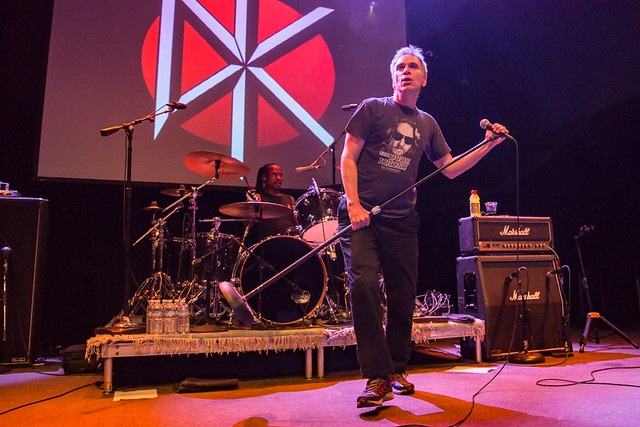 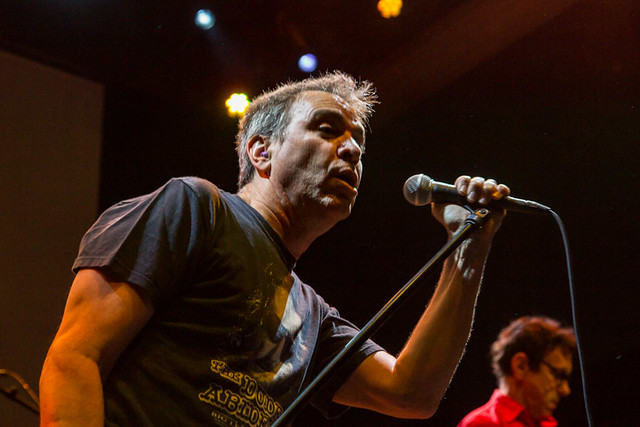 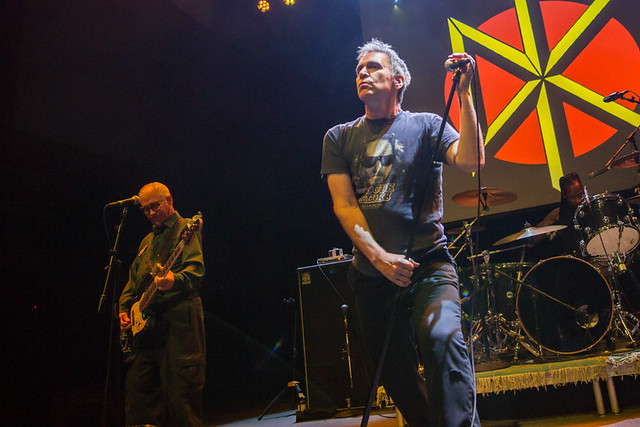 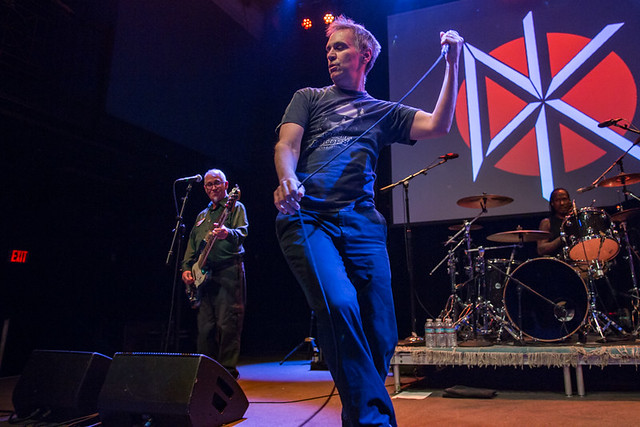 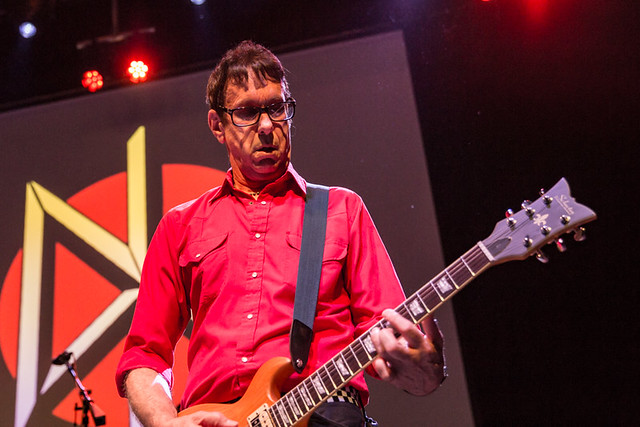 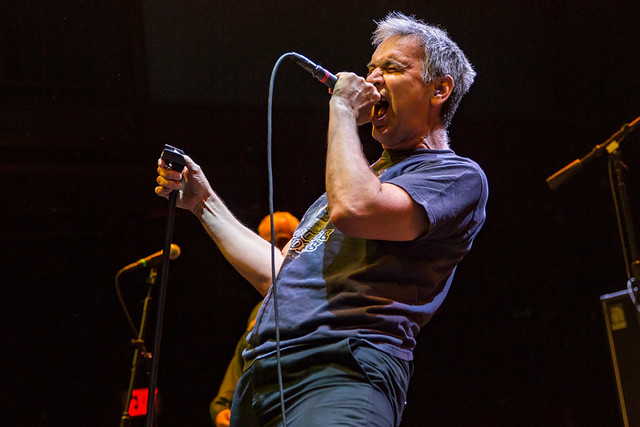 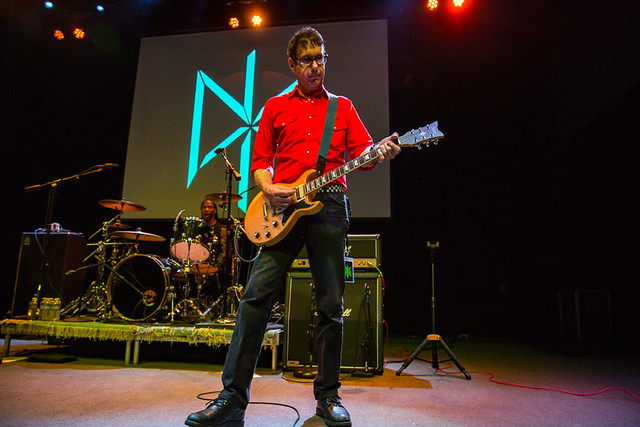 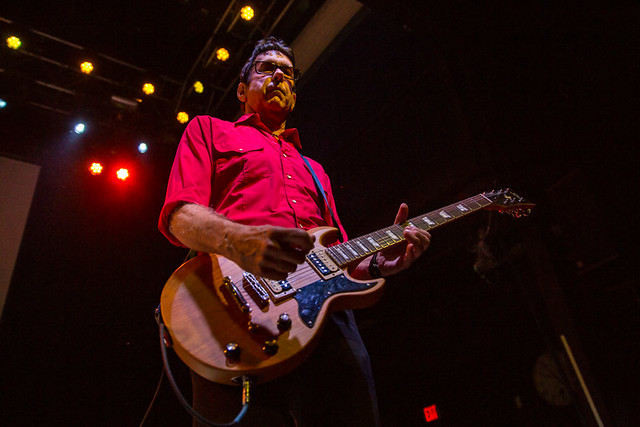 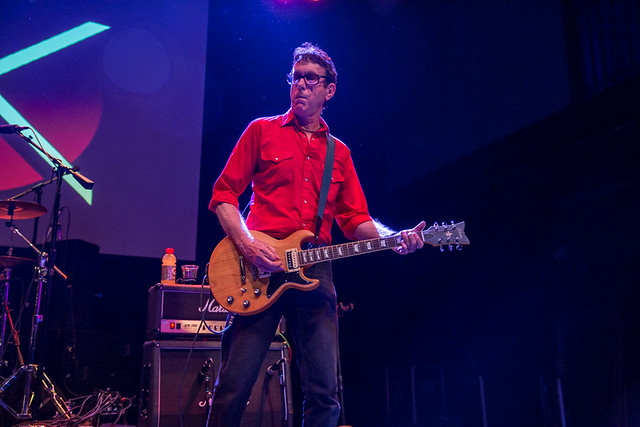 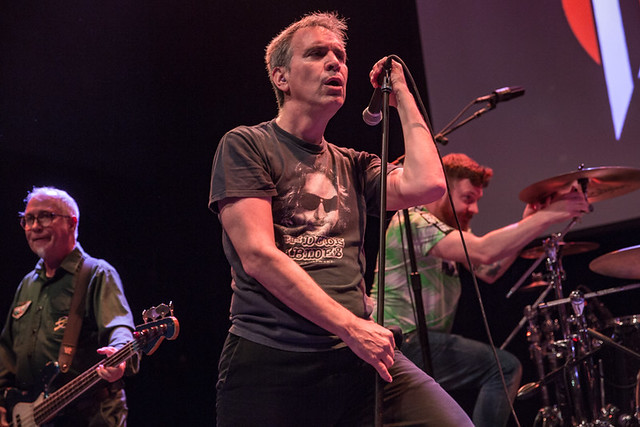 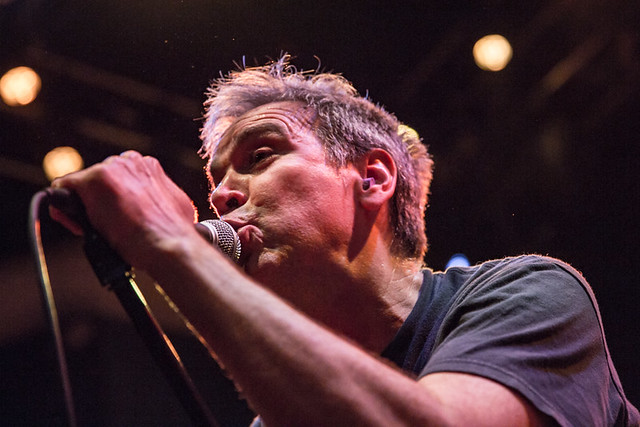 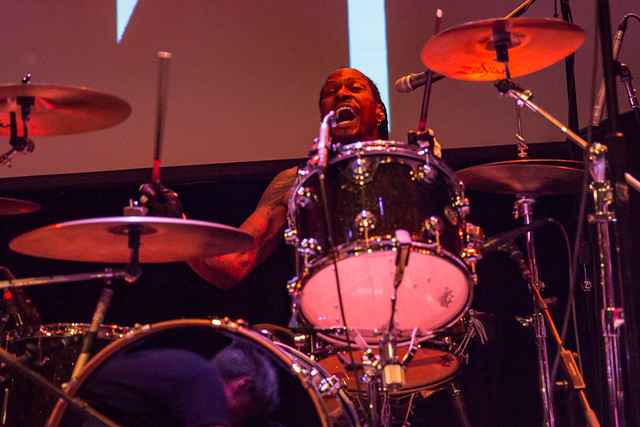 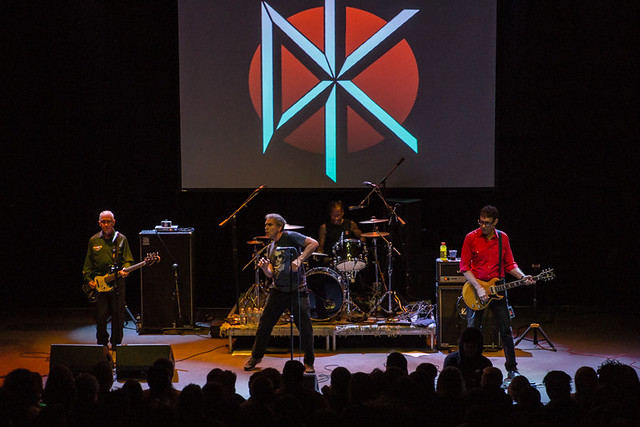