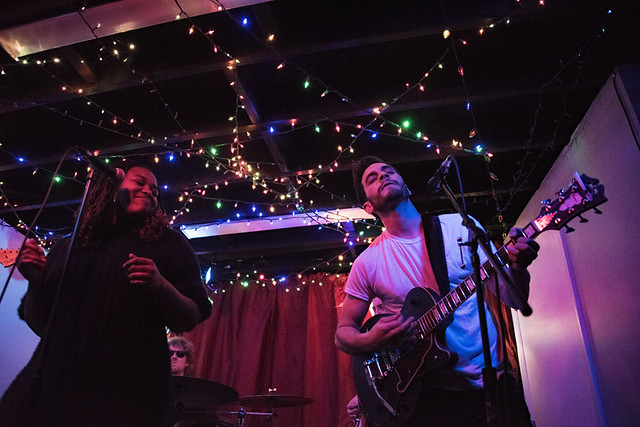 DC’s own Oh He Dead is getting in on the streaming game… with a twist!

CJ and Andy will perform in their jammys. Folks watching are asked to post a pic of themselves in their nighttime attire to their Instagram story, and tag @Ohhedead and #JammyJamz.

Oh He Dead streams the Jammy Jamz via Facebook Live on Tuesday, April 7, and Friday, April 10.

Founded in 2014 by Andy Valenti and CJ Johnson as a duo, the band has expanded to five players now. A healthy mix of classic R&B, funk, and folk, the Washington Post calls Oh He Dead’s music an “infectious and soulful sound.”

The first time I saw the band perform I was impressed by their versatility, putting a unique and personal mark on songs ranging from self-penned soul and funk, to Seals and Crofts “Summer Breeze,” to straight-ahead rock and roll. Be prepared for a special treat this Tuesday when CJ and Andy tackle an all Beatles setlist.

CJ and Andy promise a compelling and fun show – complete with their quirky and unique sense of humor (remember, this is the band that bills itself as having a “penchant for murder”). Show some love to these local artists by tuning in and dropping some support in the tip jar.

Oh He Dead plans to continue livestreaming every Tuesday and Friday as long as we’re staying at home through the COVID-19 pandemic.