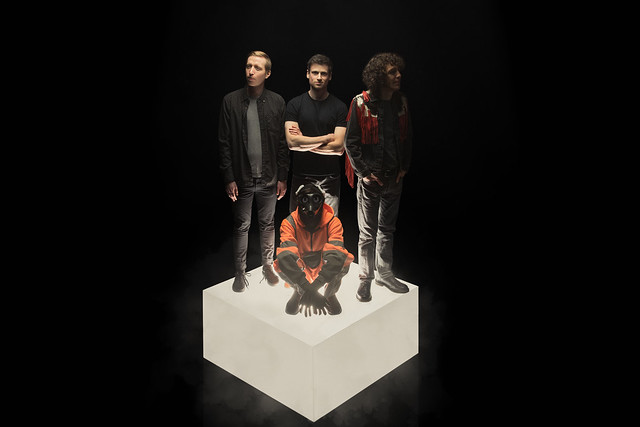 In its mesmeric slow burn, album centerpiece “There Must Be More Than Blood” presents another facet of the broad palette found on MADLO, with frontman Will Toledo placing emphasis on the individual songs, each with its own “special energy.”

In a new video, Will plays the character “Trait” as he sings “There Must Be More Than Blood” acoustically.

Watch the official music video for “There Must Be More Than Blood” by Car Seat Headrest on YouTube:

Making a Door Less Open features previously released tracks “Hollywood,” which has been added to more than 25 stations at AAA and Alternative radio in its first week and which Stereogum praises as “really really great,” “Can’t Cool Me Down,” and “Martin.”

Created over the course of four years, Making a Door Less Open is the result of a fruitful “collaboration” between Car Seat Headrest, led by Will Toledo, and 1 Trait Danger, a CSH electronic side project consisting of drummer Andrew Katz and Will’s alternate persona, Trait. The band’s first set of brand new songs since 2016’s Teens of Denial sees Toledo embarking on new and imaginative roads to songwriting and recording.