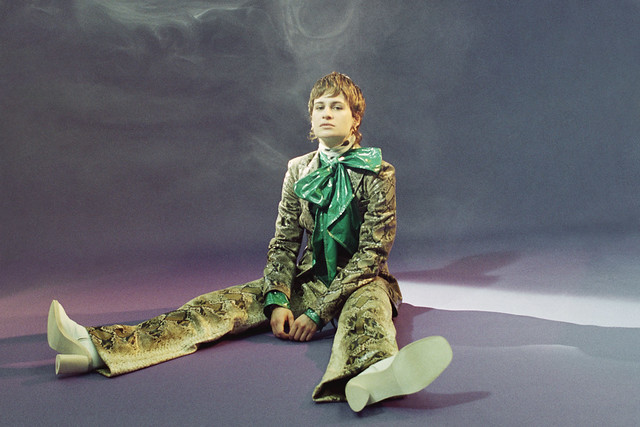 Christine and the Queens (Photo by Camille Vivier)

La vita nuova arrives with an accompanying short film of the same name, imagined by Christine and featuring the EP’s five new songs in as many sequences.

The 14-minute film is an inward journey that sees the artist invest Opéra Garnier, the world famous Paris opera house, filling it with stories of ghosts and mythical creatures. Through the lens of long-time collaborator Colin Solal Cardo (Robyn, Charli XCX) and with choreography by Ryan Heffington (Sia “Chandelier” VMA Award 2014, Grammy nominated), Christine and her dancers appear in succession on the Opéra rooftop, its grand stage and most secret recesses, culminating into a feverish moment with Caroline Polachek, a collaborator on the EP’s title track.

Watch “La Vita Nuova” by Christine and the Queens on YouTube:

“This EP is arguably Christine and the Queens’ best release to date, a distillation of the incisive and effervescent pop melodies that are a hallmark of all of her work,” said Variety of La Vita Nuova.

For more music by Christine and the Queens, visit her website.