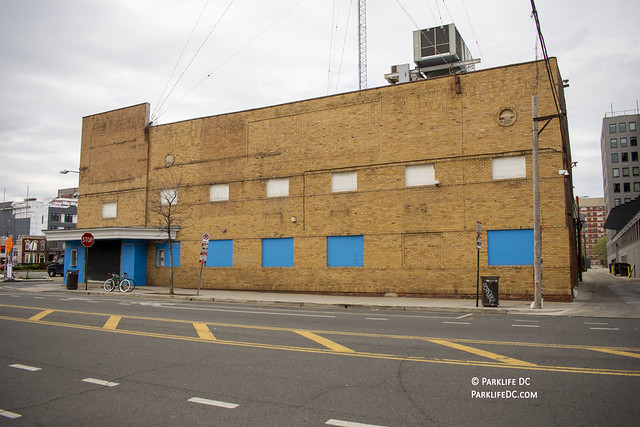 Dave Grohl, who grew up in the DMV, said of the original 9:30 Club, “I used to stand in that hallway and watch my heroes walk by.” A handful of years later, Dave came back to play that sweaty, smelly, legendary place as Nirvana’s drummer. With its original capacity of 199, the 9:30 Club became a place where you could see Fugazi one night and Tony Bennett the next.

When the 9:30 Club moved to its current location on V Street NW in 1996, that section of D.C. could best be described as sordidness in the middle of not much else. But the former WUST Radio Hall had great bones, and the capability to host crowds that were five times as large as the original club. Opening weekend featured mega group Smashing Pumpkins who played two sold-out shows. Though he can fill arenas, Dave Grohl has come back to play six times with the Foo Fighters.

For more than two decades, the 9:30 Club has been the most-attended nightclub of its size in the world.

The club has a big announcement when the country emerges from the pandemic lockdowns, but meanwhile it announced the following events to commemorate the anniversary weekend.

Mark your calendars for May 30 and check out NPR’s All Songs homage to 9:30 Club’s 40th Anniversary at NPR All Songs. From 2005 through 2016, NPR Music broadcast more than 100 concerts from the club and this weekend, they will resurface those concerts to celebrate the 40th Anniversary.

Starting May 31, 930.com will feature “This Day in 9:30 Club History,” an exploration of our most notable shows from the past 40 years. It’ll be great fodder for historians and music trivia enthusiasts alike. Look for the fun fact each day toward the top of the 9:30 website.

You can celebrate by sporting the special edition 40th Anniversary t-shirt, which is sure to become iconic Zoomwear today and fashionable in the wild when we’re all sprung from quarantine.