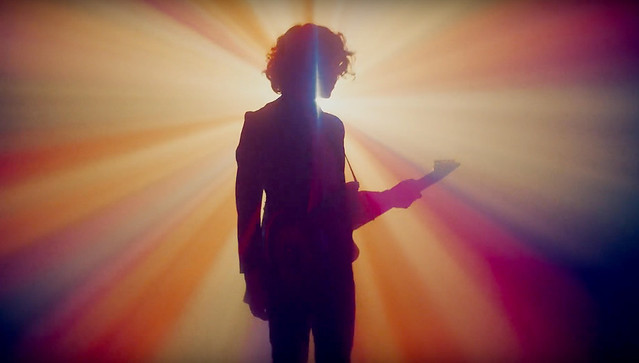 J. Laser is the self-titled debut EP from Los Angeles based J. Laser, the moniker of multi-talented composer, producer, and musician Jordan Lawlor, previously of M83.

The five-track collection is set for release on June 26th and features the irresistible “Sunshine,” which has been fast garnering global support from BBC Radio 1’s Indie show, Buzzbands LA, Spotify and Clash, to name a few as well as topping Submithub’s chart.

Said J. Laser of the EP: “My goal was to create a continuous bath of psychedelic sound, some of it ethereal and pleasant and other moments dark and foreboding, just like the many states of the mind. While recording, I looked for sounds that would transport me to altered states and fantasy realms as my starting point for each track. Lyrically, I wanted to mirror the philosophical and spiritual ideas I was studying. This EP was ignited by a deep dive into esoteric and arcane spirituality along with a new metaphysical belief in the transformative power of sound.”

Watch the official music video for “Sunshine” by J. Laser on YouTube:

The first in a series of EPs due for release this year, the self-titled EP is the sound of an artist relishing the freedom of working alone, collating and refining years of inspiration and ideas into a body of work that manages to be intellectually challenging whilst showcasing J. Laser’s innate pop sensibility.