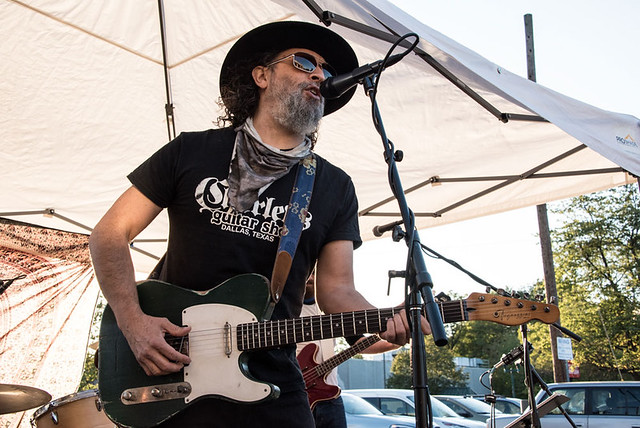 Famed American multi-instrumentalist, singer, and songwriter David Bromberg wrote, “you gotta suffer if you wanna sing the blues.” The irony, of course, is that when the bluesman (or woman) sings, everybody else feels good. So it was when local blues musician Bobby Thompson performed recently on a brilliant late afternoon show at Jammin’ Java.

On Sept. 20, DC-area native Thompson performed with friends Seth Morrisey (bass), Ben Tufts (percussion), and Ryan Walker (keyboards). And although the evening did indeed begin with the delta blues, it ended after nearly two hours of songs ranging across Thompson’s vast musical repertoire with rock, folk, R&B, and of course, the aforementioned blues.

The set list (such as there was — I suspect that each night it exists only in Bobby’s mind) drew from his catalog stretching back over a career that includes numerous albums as a solo artist and with bands Blueheart Revival and Revelator Hill, the latter with Ron Holloway. Opening with a few numbers on slide guitar, Bobby’s mastery is obvious. But it was also the choice of tunes and the pacing of the show that made this performance so enjoyable.

Concerts are like journeys: the path paved with songs that rise and fall, twist and turn, yet with a clear beginning, middle and end. A solid musical performance, like a challenging and satisfying path, leaves one a changed person. Or at least a happier one, even if only for little while.

For a taste of Bobby Thompson’s music, see his official video for “Down to Here” from 2013:

With a thumbnail moon rising, the set drew to a close with a few inspired covers. As if paying tribute to bands whose influence helped audiences hear, and love, the blues in new ways, Thompson began the final third of the show with The Band’s “Up on Cripple Creek,” that had bassist Seth Morrissey handling vocal duties. A masterful rendition (again with Seth singing lead) of David Crosby’s counter-culture classic, “Almost Cut my Hair” followed. I’ve heard that song so many times that I unconsciously insert the Stills/Young dueling leads and fills, but Thompson’s expressive guitar work made the tune his own.

The next song, Steve Winwood’s (of Blind Faith), “Can’t Find my Way,” was performed as an up-tempo R&B influenced rocker, again featuring Thompson’s searing lead guitar work. The evening’s finale, “You Can’t Always Get What You Want,” turned into a mass singalong that seemed, given the context of our country’s multiple crises, to provide a bit of hope, that we will get what we need.

Yes, we may be suffering these days, but that night Bobby Thompson’s blues sure made his audience feel a whole lot better.

For more music and videos, please visit Bobby Thompson on the web.

Jammin’ Java’s outdoor shows are free, though please take advantage of the food (Union Pie’s pizzas are outstanding) and beverage offerings, and be sure to show your generous appreciation to the serving staff. You’ll also want to check out, and buy, the artists’ merchandise as well as drop by the “Donation Station.”

More information may be found here on Jammin’ Java’s website. As a reminder, please wear a mask at all times and respect the distance of the people around you! Enjoy the music.

Here are some pictures of Bobby Thompson performing at Jammin’ Java on Sept. 20, 2020. All photos copyright and courtesy of Mark Caicedo. 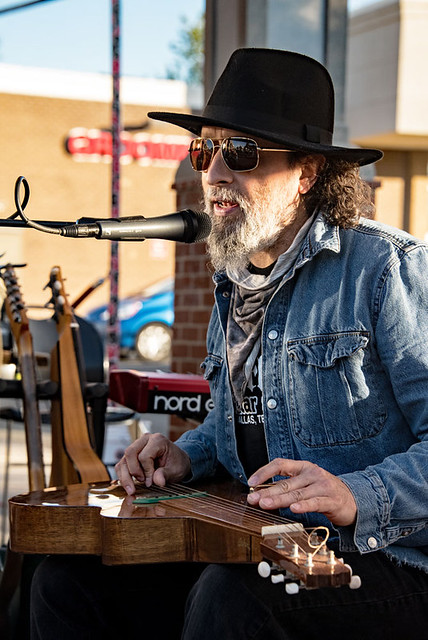 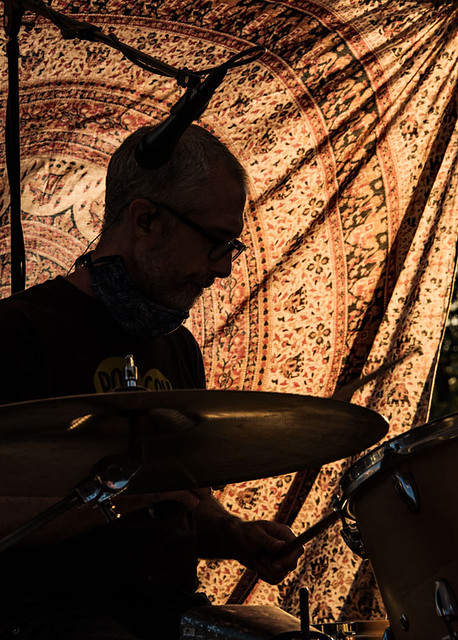 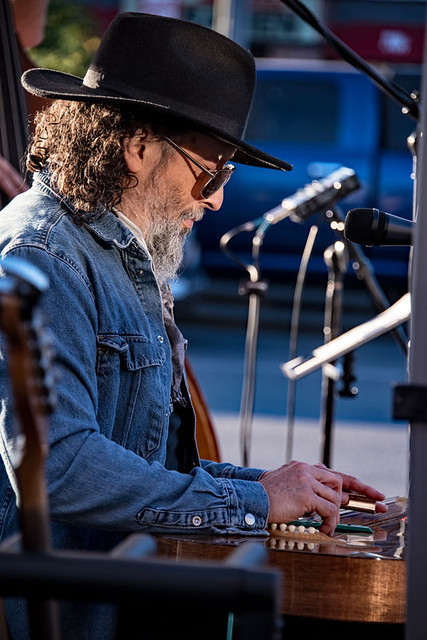 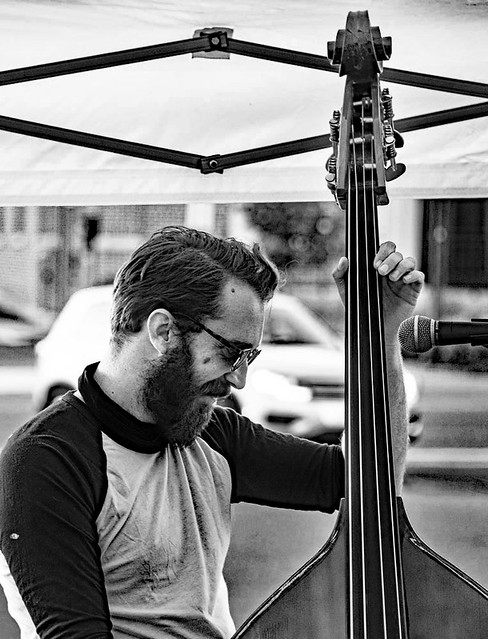 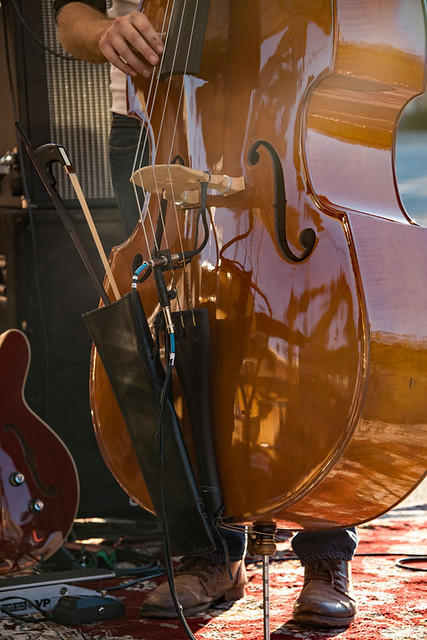 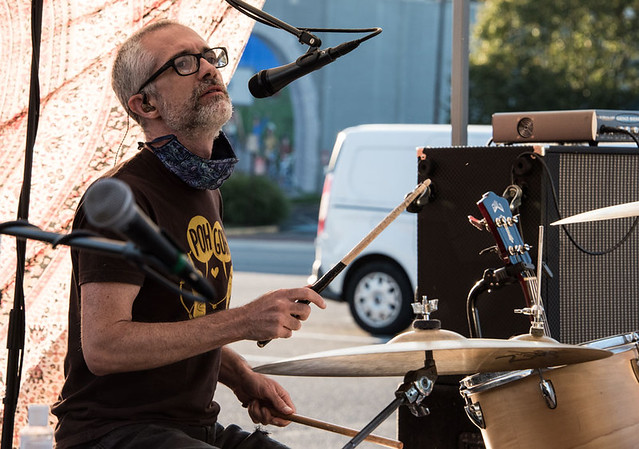 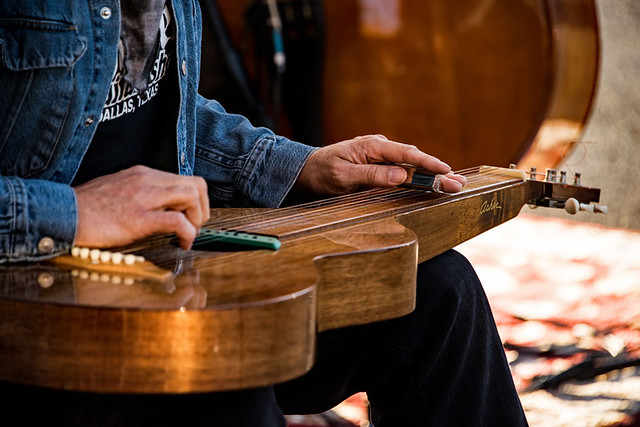 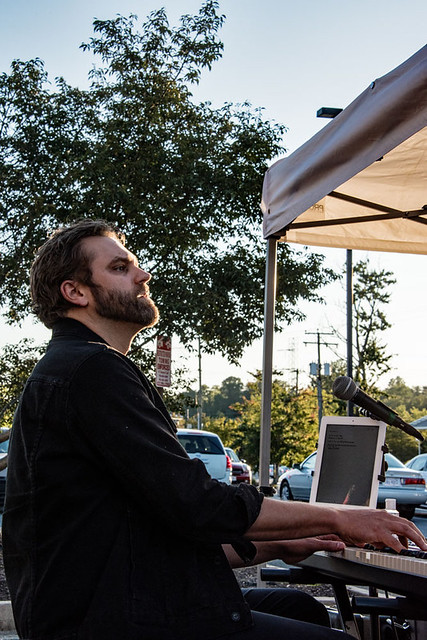 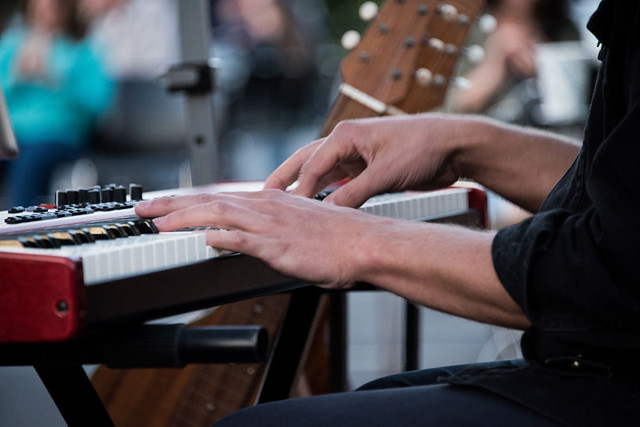 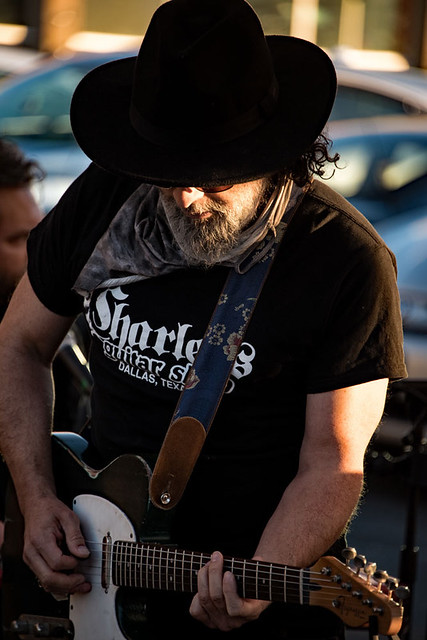 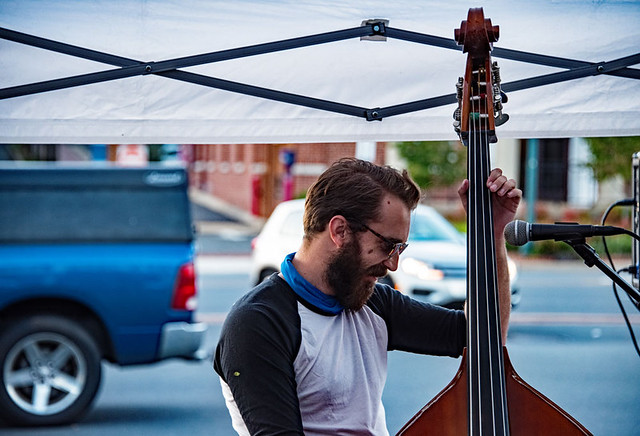 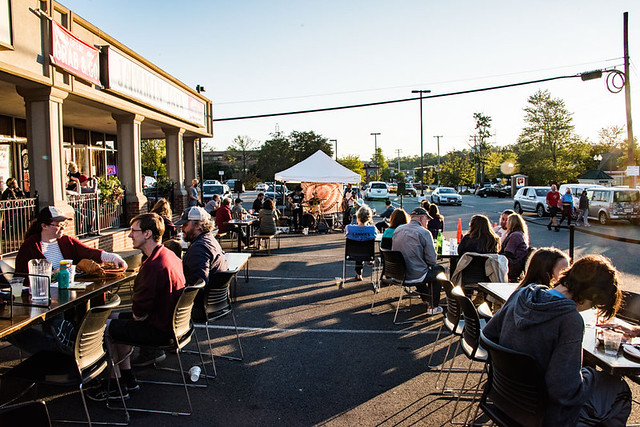 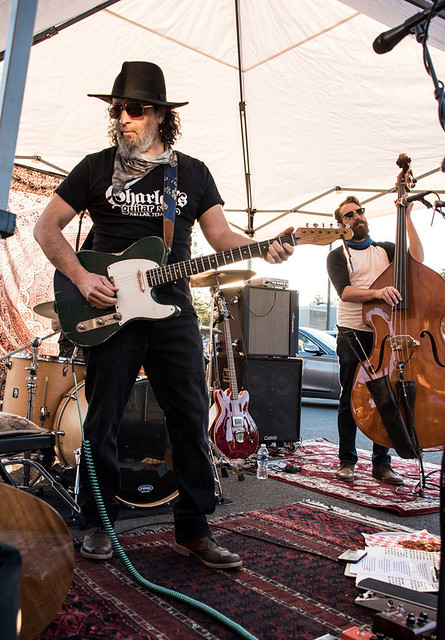 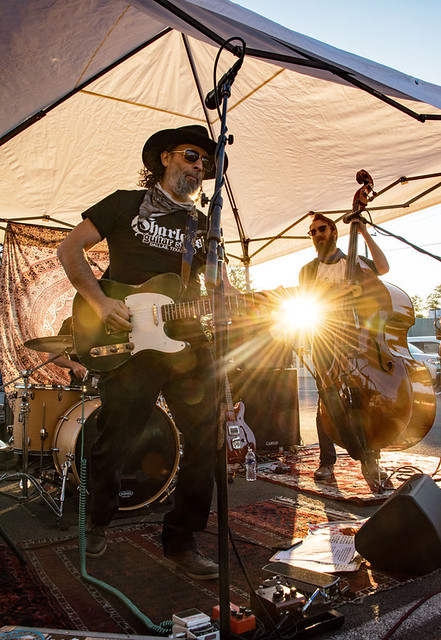 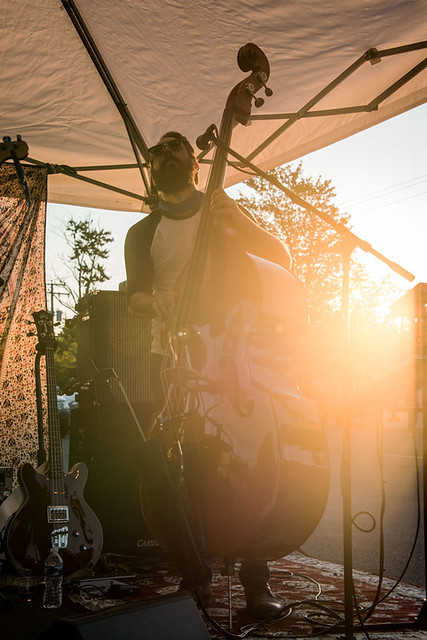 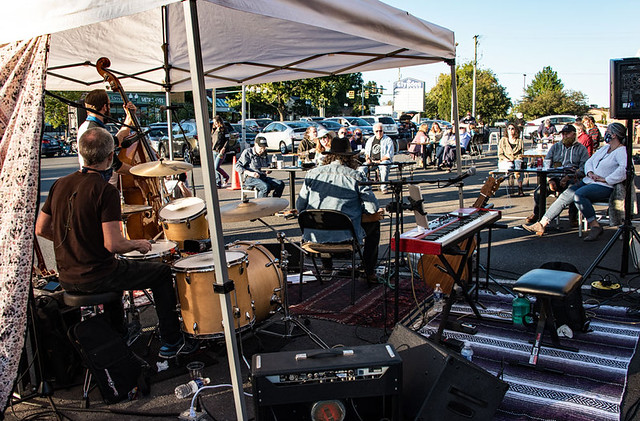 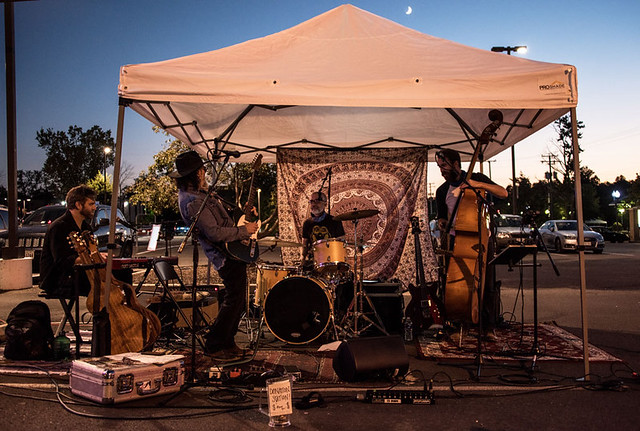 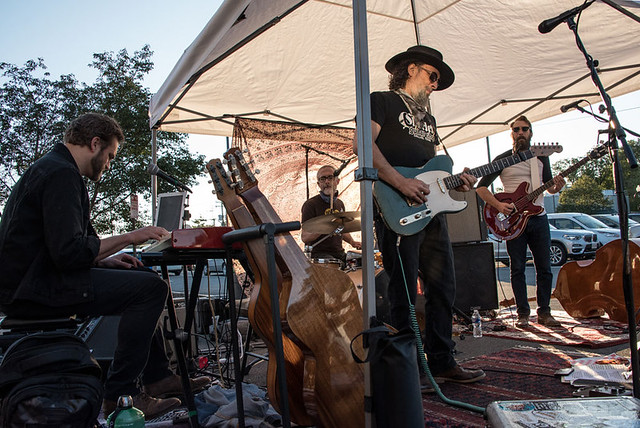 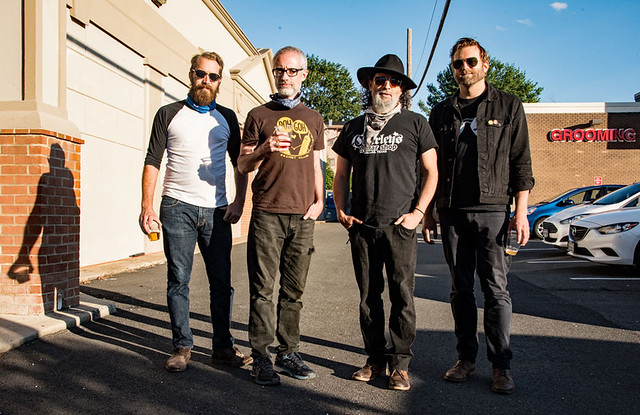