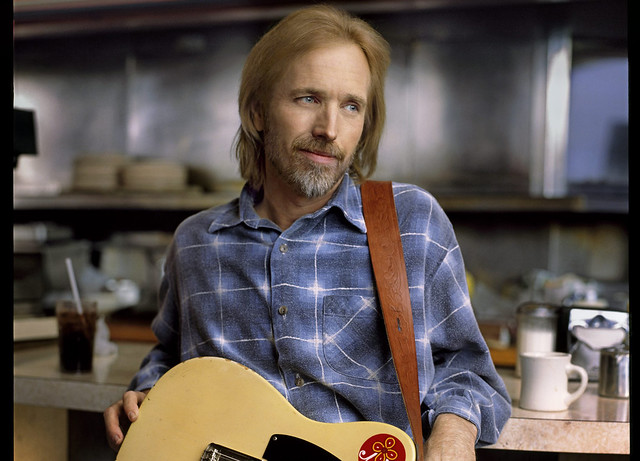 For the first time ever, the Petty estate is working alongside fans and engaging with the music community to celebrate and pay tribute to Tom Petty.

Due to the ongoing pandemic, this year’s special Tom Petty Birthday Bash, honoring what would have been his 70th birthday, will be held virtually on Friday, Oct. 23, with 5 hours of performances, testimonials and tributes to Tom from friends and fans including Stevie Nicks, Chris Stapleton, Post Malone, Foo Fighters, The Killers, Norah Jones, The Raconteurs, Jason Isbell, a very special performance by Mike Campbell and Benmont Tench and many more.

In 2017, the first annual Tom Petty Birthday Bash debuted in Tom’s hometown of Gainesville, FL. Fans gathered for the free, six-hour show of all Petty tunes, performed in the legendary musician’s honor. The celebration has grown into a fully-fledged music festival featuring local as well as national acts, with fans traveling across the country to celebrate the life and legacy of Tom Petty.

On Friday, Oct. 23, SiriusXM’s Tom Petty Radio will kick things off at 4:30p.m. ET with an audio broadcast. The Petty estate will then join forces with Amazon Music and livestream their concert event on Amazon Music’s Twitch Channel and TomPetty.com.

In 2015, SiriusXM and Tom Petty launched Tom Petty Radio, an exclusive audio channel curated by the man himself. As an extension of his life’s work in music, the channel served as a passion project for Tom. Since his passing, the channel remains dedicated to the music of Tom’s legendary career, including worldwide radio premieres of unreleased studio and live recordings, exclusive to SiriusXM, unique cover versions of his songs, rare live performances from his personal vaults. The channel also features guest DJs and interview segments with Tom (previously recorded) and with those who knew him best, conducted by acclaimed journalist and SiriusXM host, David Fricke. Tom Petty Radio continues to keep Tom’s spirit alive for all of those who have been touched by his music and for listeners just discovering his musical workings.

Tom Petty’s 70th Birthday Bash will focus on raising awareness for Save Our Stages (NIVA) — whose mission is to preserve and nurture the ecosystem of independent live music venues and promoters throughout the United States; Arts In Medicine — empowering musicians and impacting the lives of citizens in the Gainesville community and beyond; Digitunity — an initiative of the National Cristina Foundation, is working to ensure everyone has the technology they need to thrive in our digitally connected society; and MusiCares — providing a safety net of critical assistance for music people in times of need.

Fans are encouraged to donate to these causes via links on TomPetty.com.

Follow Amazon Music on Twitch to join the party! 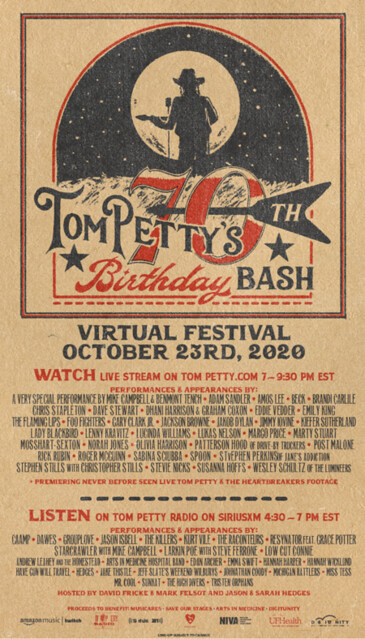