(The interview has been edited for length and clarity.) 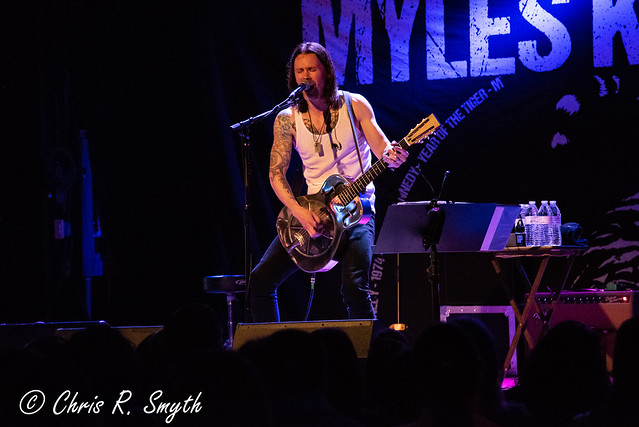 Chris Smyth: Prior to the pandemic, you appeared to be a guy who was always on the go, jumping from Alter Bridge to Slash and the Conspirators to your solo work. From an outsiders perspective, it seemed like you were always on the road. How did you handle this last year of forced downtime? Was it a welcome break or were you just itching to get back out on the road the whole time?

Myles Kennedy: It was a welcome a break. I was pretty burned out. In 2019, I spent 300 days either recording or on the road, and I had been going nonstop for the past decade. I embraced the time off and it gave me a better perspective on how to balance work and everything else.

CS: Counting your solo stuff, you are in three bands. When you’re working on new music, how do you determine what is good for your solo records vs Alter Bridge vs Slash and the Conspirators?

MK: I have learned to become very good at compartmentalizing and focusing on one record at a time.

CS: You are in three bands, Mark Tremonti [of Alter Bridge] is in two. Do you guys ever talk about each others work in those bands? Are either of you ever like, “Damn that was good, I wish you would have saved that for us?”

MK: All the time, we talk about it often. Mark heard the demo for “The Ides of March” and thought about using it for Alter Bridge. But it was too important for this record to let it go. Without it, it didn’t feel like a complete record, so I had to keep it for this album.

CS: How much did this past year play into the development of this record? How much did it effect your writing?

MK: The past year was a wealth of lyrical content and ideas and it was a major influence on the record. Sometimes the music is there and the script or lyrics are hard to come by. This last year provided plenty to write about. I wanted to express more of the emotions that people were feeling as opposed to making a statement. But you can hear the influence of the past year in the record.

CS: When Year of the Tiger was released, I wasn’t sure if it was going to be a one-off since you had such a clear story to tell on that record. [Year of the Tiger was Myles’ debut solo album in 2018 — ed.] Were you always planning on doing a second record, and did the downtime allow this record to get recorded faster than you had planned, or were you always hoping to get anther solo record released around this time?

MK: I always planned on doing more solo records, and it’s where I feel most comfortable musically. It’s much more my style and my voice, and it allows me a freedom to do different things that don’t fit into my other bands.

With our normal touring schedule, I had planned to record the new record in the third quarter of the year. When we finished the first leg of the Walk the Sky Tour and we were forced to shut down, I didn’t know how long it would be so I immediately went to work on writing the next album. As time went on I spent the next few months really working on the record and getting it ready.

Watch the official music video for “In Stride” by Myles Kennedy on YouTube:

CS: This is a rock record, but you have multiple different genres of music on this record. There is a song with an Allman Brothers sound, and the record ends with blues song. So what was the plan when developing this record? Did it come down to something as simple as, if it sounds cool, put it on the album?

MK: It’s more of a rock record than Year of the Tiger. “In Stride” could probably work on an Alter Bridge album with a few adjustments. But this pulls much from the blues. This record has more blues influence and truer guitar sounds to help differentiate this from the records of my other bands. There is also more use of the lap steel.

CS: Last week, you announced a handful of live shows. Can we expect a bigger tour announcement soon? And what will that look like in terms of venues and seating? Will you have a band or will it be just you on stage like it was on the Year Of The Tiger tour?

MK: That’s the million dollar question. We have set up a plan that I’m comfortable with for how we can tour safely. For the first for shows, it will be the entire band on stage. Going forward, we have to see but it will probably be more like the Year of the Tiger Tour, more acoustic.

It’s difficult to know right now because the rules are different everywhere, so we are figuring all that out. 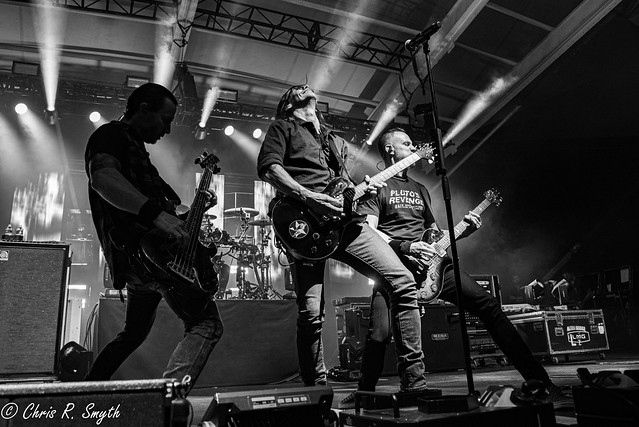 MK: Unfortunately, that cycle has passed. The idea is to tour The Ides of March through this year and then start working on and recording the next Alter Bridge record in 2022. 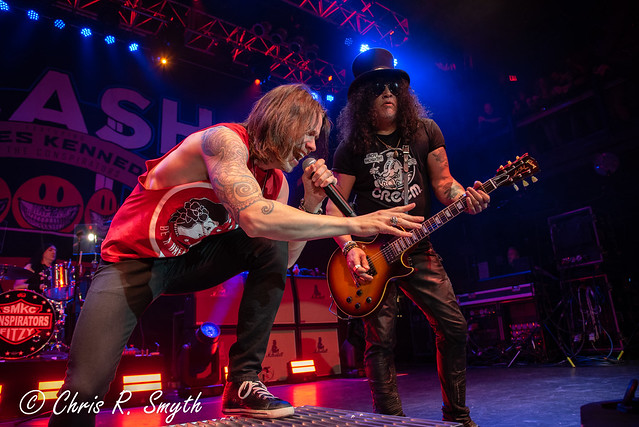 CS: Finally, any movement on a new album with Slash and the Conspirators?

MK: Slash and I are talking and writing. I’m really looking forward to the next record. But we are in the same situation as Alter Bridge, how do we do a full album cycle and get a show of our size back out on the road?

Many thanks to Myles Kennedy for his time and all of the incredible music.

Here are a few more photos of Myles Kennedy performing in the Baltimore and DC area with Alter Bridge, Slash featuring Myles Kennedy and the Conspirators, and solo. All photos are copyright and courtesy of Chris Smyth. 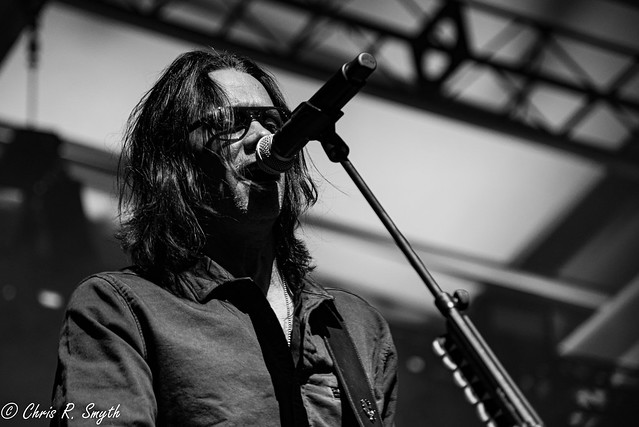 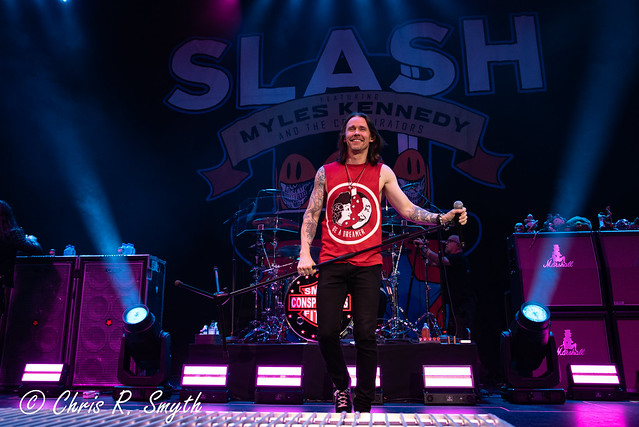 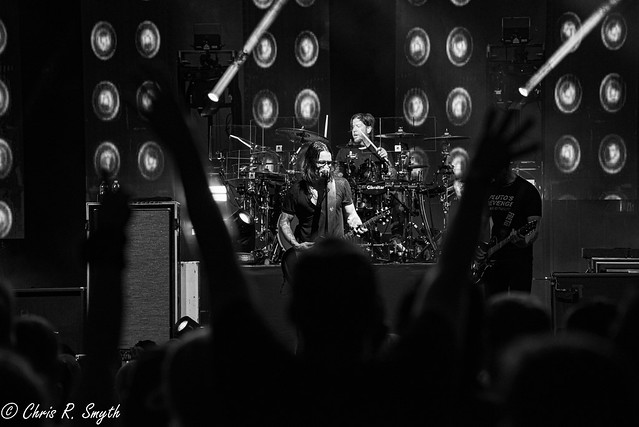 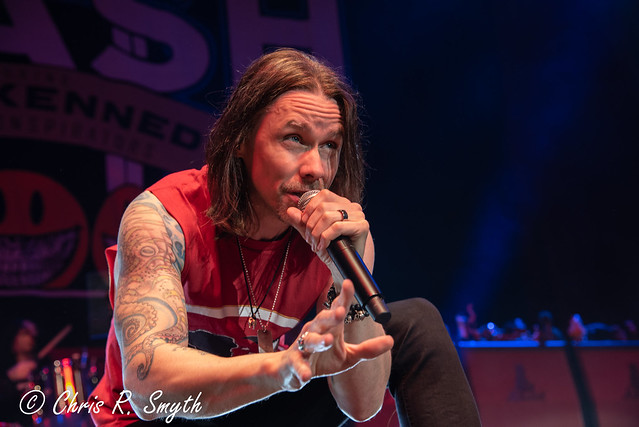 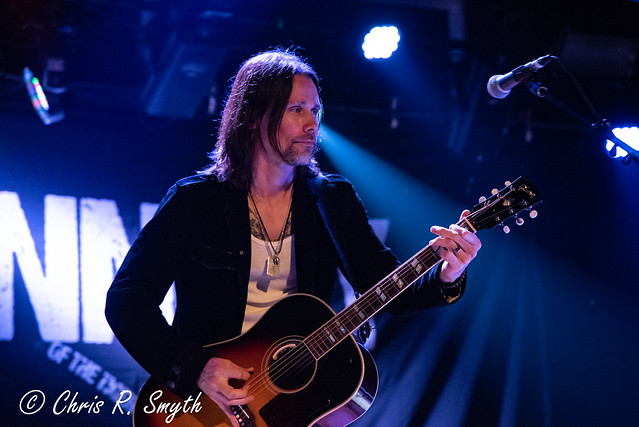 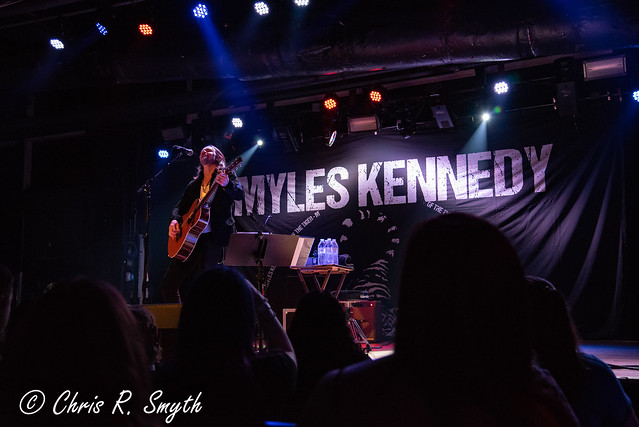