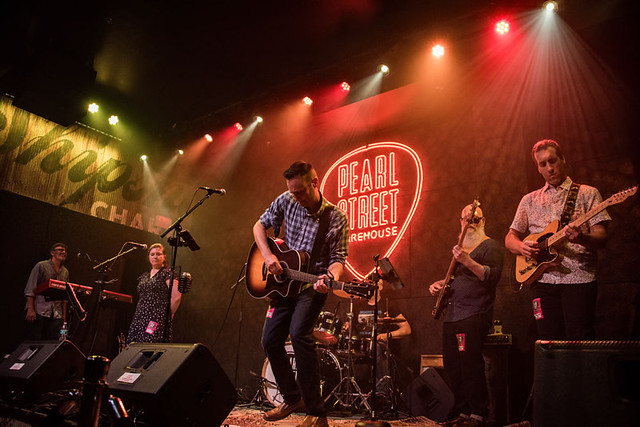 The Walkaways perform at Pearl Street Warehouse on June 26, 2021. (Photo by Mark Caicedo)

The return to indoor live music continues to be an exhilarating experience! Last Saturday night at Pearl Street Warehouse with The Walkaways and Wicked Sycamore, a boisterous (and sweaty) crowd was showered with a musical deluge ending a long, and frustrating, drought.

Venturing out on our first real date in nearly a year and a half, my partner and I had looked forward to this night for several weeks. Arriving early to the venue we escaped the heat outside, imbibing some expertly crafted cocktails, and scarfing down the scrumptious viet tots, shrimp tacos, and a pimento BLT to die for. Entering the performance area felt comfortingly familiar, although my last show there, Sweethearts of Americana, had been almost a year and a half ago to the date. And though a seating misunderstanding could have caused a small snafu in the evening’s proceedings, the venue manager made everything right with grace, courtesy, and understanding-reconfirmation of PSW’s stellar customer service.

The headliner, The Walkaways, took the stage shortly after 9pm. Led by Todd Daniel, a man whose onstage persona embodies Hank Williams’ lankiness, the folksiness of Woody Guthrie, and Springsteen’s powerful, husky vocals, the band opened with “The Hardest Part” from their 2017 release, After the Fall. Their set continued with a flurry of new songs, as well as tunes from two previous releases, Romance and Medicine (2012) and Fifty Left to Burn (2008).

See The Walkaways perform at a Bethesda Oktoberfest in 2019 on YouTube:

The DC local music scene is incredibly rich and varied and I’ve been privileged to get a front row seat to many of its emerging and established musicians. Discovering another one and experiencing a set containing so many highlights was a real musical treat. From the opening rocker to several new songs to the standout covers (find the Decemberists/Hamildrops cover on YouTube for a good laugh), the toe-tapping set evolved into a full-blown dance party. How does one pick out a highlight or two in an evening filled with them? Perhaps it’s a function of growing older but when the band broke into the Ronnie Lane/Faces cover, “Ooh La La,” with its rowdy and wistful chorus, “I wish that I knew what I know now, when I was younger,” I found myself grinning from ear to ear, but wishing we could rewind the calendar 15 months…and 30 years.

The set’s only bum note was an unavoidable technical glitch when a cable malfunctioned leaving Lynn’s violin unavailable for the evening. The unfortunate occurrence forced a few deviations and audibles from the original set list, but the grace with which the band handled the disruption meant that the crowd didn’t seem to care or even notice. Maybe that’s the lesson here: that the return of live music may be a bit messy, suffer the occasional mishap, but forging ahead is all we can do.

Saturday night, the trio opened the evening’s music with charm, humor, expert musicianship, and an undercurrent of attitude that bolsters the “Wicked” in their band name. Lightening the intricate melodies, rapid chord changes, and irreverent lyrics, though, are the gorgeous harmonies from Madeline and Lainie.

Playing mostly original compositions, including a couple new ones penned during the pandemic lockdown, with a couple of beautifully rendered covers, Wicked Sycamore ably fulfilled the role of opening band, warming the crowd and preparing us for a rollicking evening of music.

Stream Wicked Sycamore’s new album In More Ways Than One on Spotify:

There are hundreds (if not thousands) of extremely talented, accessible, and hard-working contemporary American bands who, if they’re lucky, achieve a modicum of national success, fleeting though it may be. The Walkaways and Wicked Sycamore are two of D.C.’s best-kept secrets. But music this compelling, sincere, and yes, danceable, deserves a broader audience.

We’ve got a long summer ahead, and a lot of lost time to make up, so be sure to make a point to experience these two bands or, indeed, any of the fine musical offerings we have in the DC area. Rest assured, you won’t be left high and dry.

Here are some photos of The Walkaways performing at Pearl Street Warehouse on June 26, 2021. All photos copyright and courtesy of Mark Caicedo. 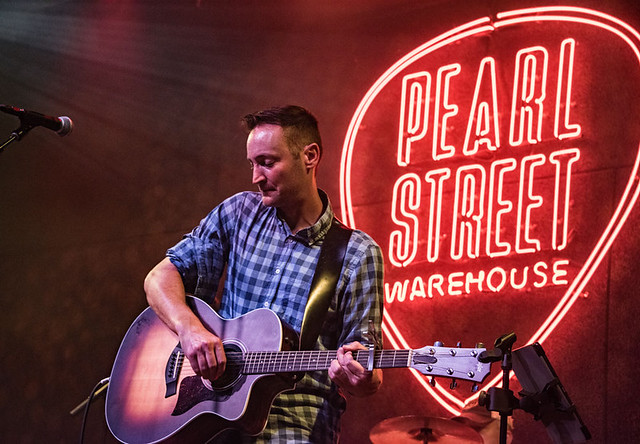 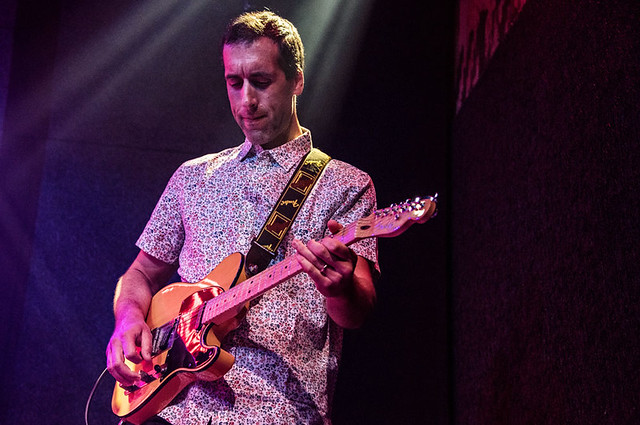 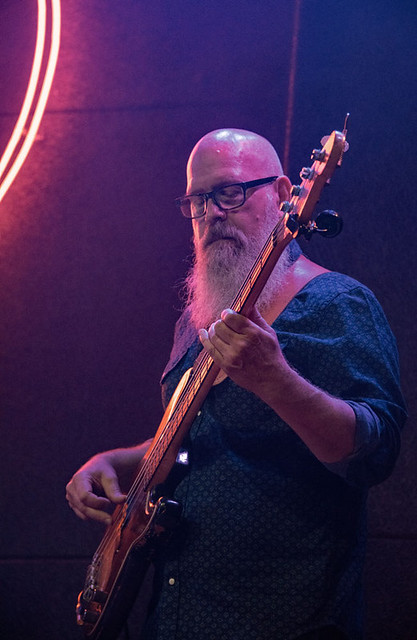 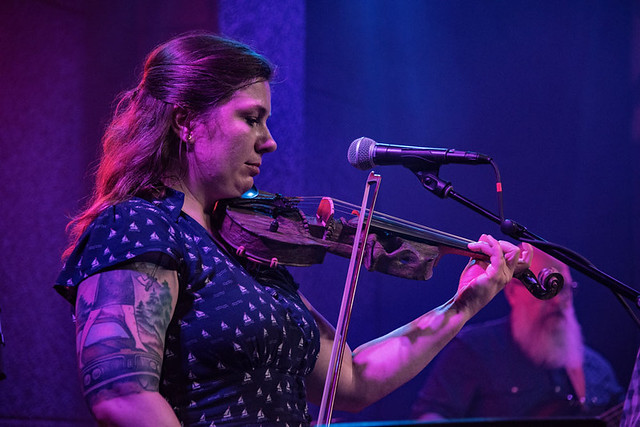 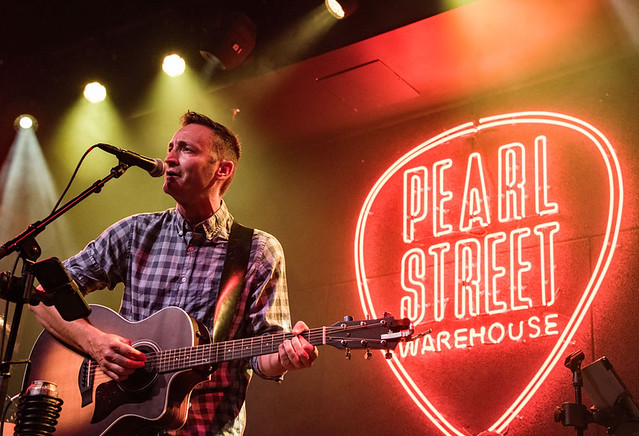 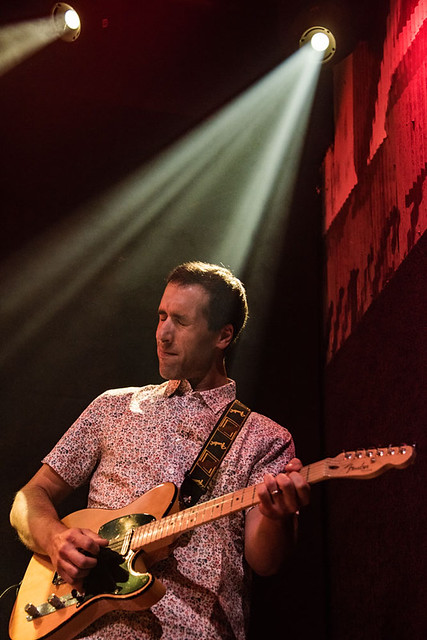 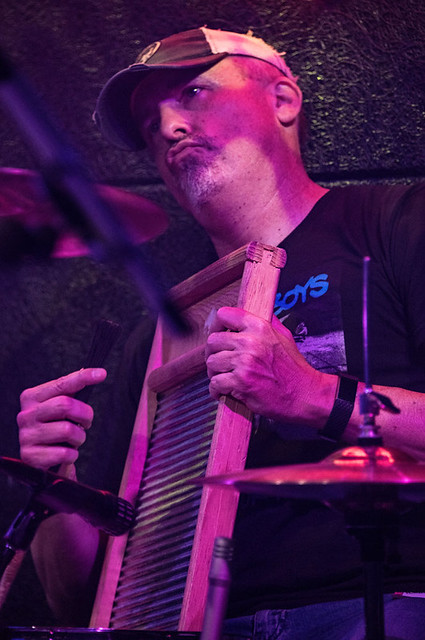 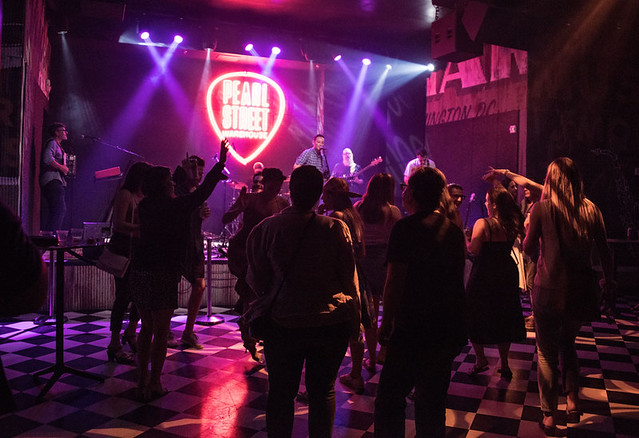 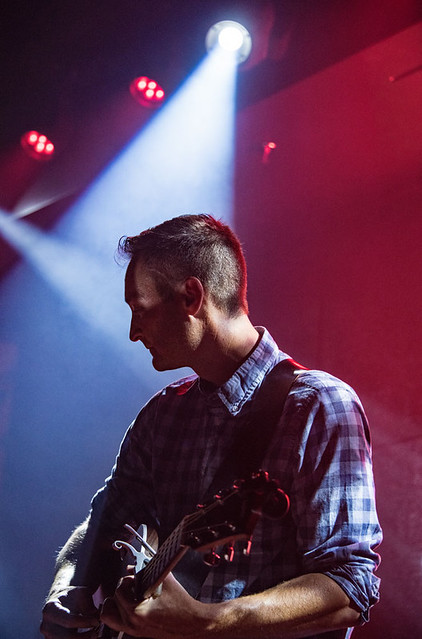 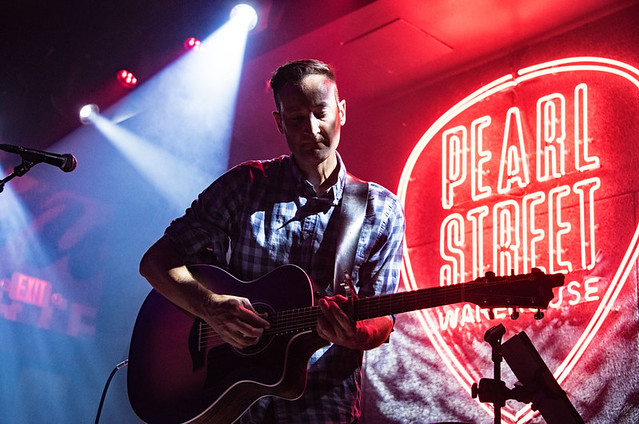 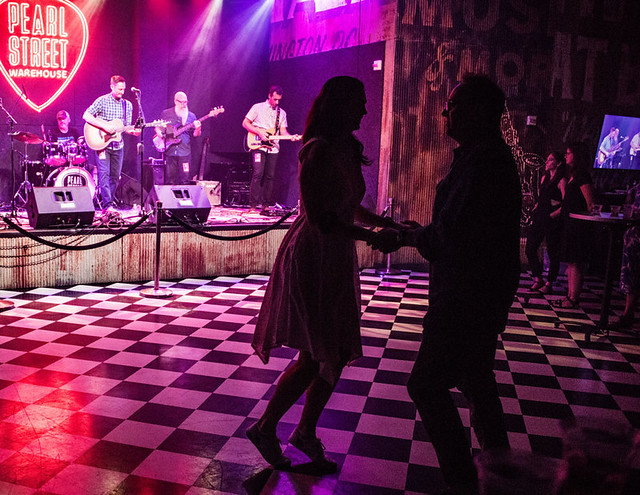 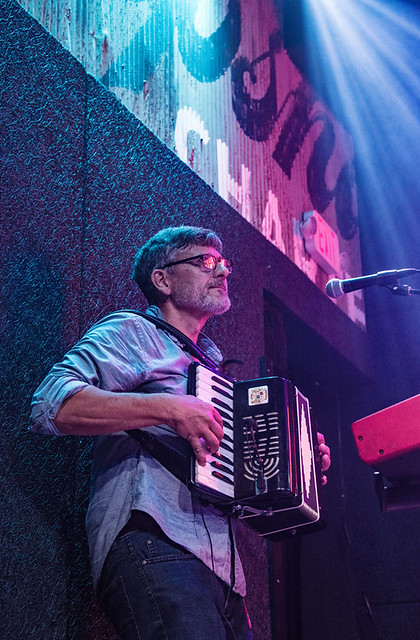 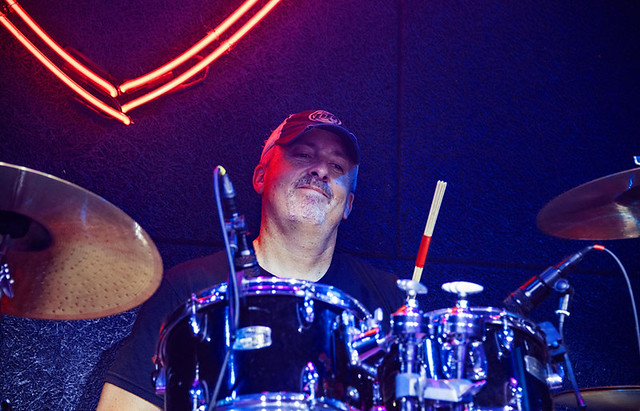 Here are some photos of Wicked Sycamore at Pearl Street Warehouse: 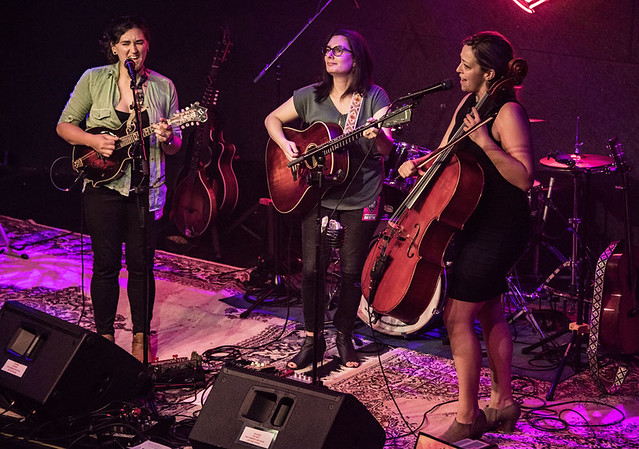 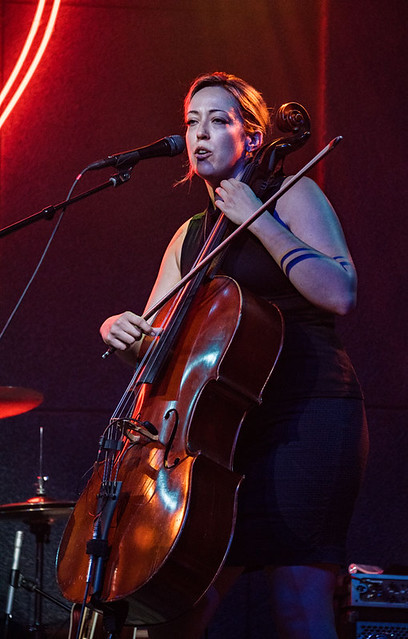 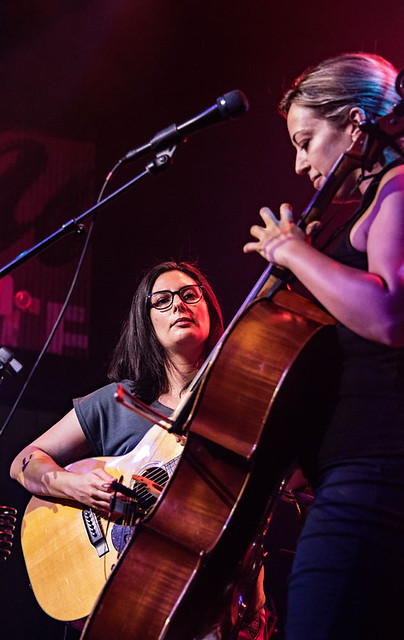 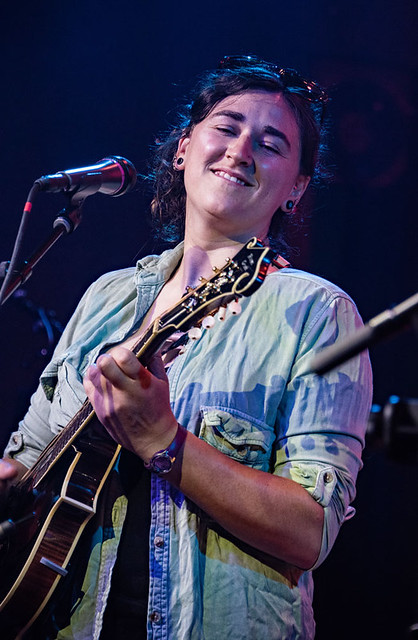 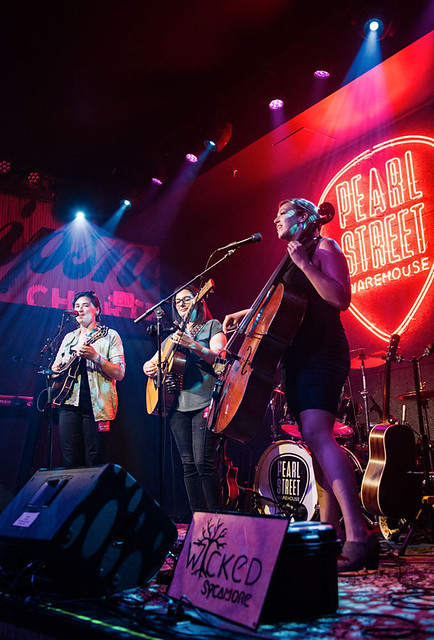 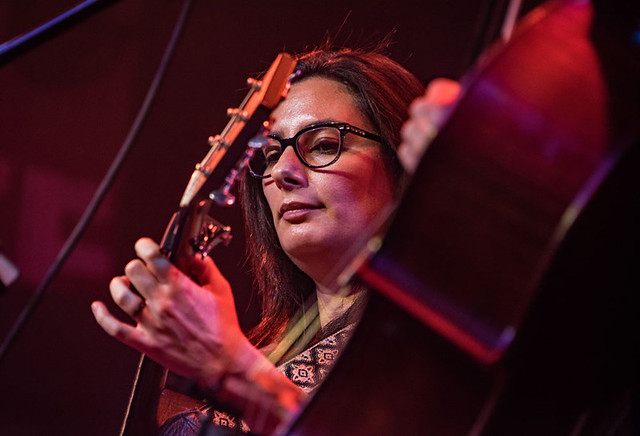