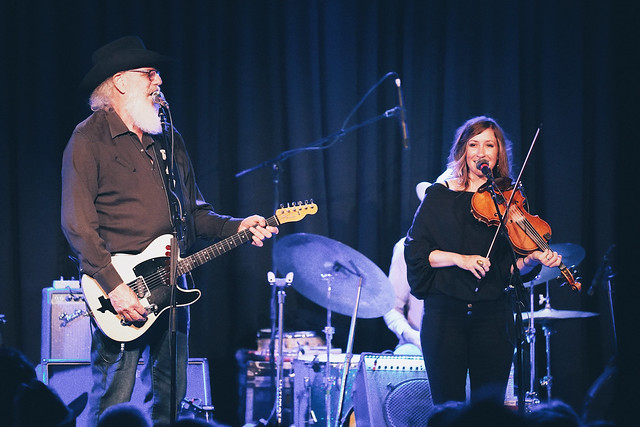 The countercultural spirit of the Wheel, embodied by its charismatic and exceptionally tall frontman, Ray Benson, also helps them draw a crossover audience. Benson is an unlikely figure: a self-described redheaded (now gray) six-foot-seven Yankee Jewish hippy from Philadelphia (and yes, he did play basketball, although, as he tells it in his memoir, he eventually quit the team rather than cut his hair). Benson and the Wheel were influenced by wild country-rock bands like Commander Cody and His Lost Planet Airmen, who helped the band establish itself in its early years. As they did recently at The Birchmere, they regularly include Cody’s biggest, “Hot Rod Lincoln,” in their live set.

On July 8, Asleep at the Wheel’s Birchmere show was something of a homecoming for the band as they celebrated (belatedly) their 50th anniversary. The Wheel was originally formed by a group of childhood friends in rural Paw Paw, West Virginia; the nearest urban center was Washington, DC. Ray talked about the clubs and venues the Wheel played in those early years, and their friendships with  up-and-coming artists like a young Emmylou Harris. After those early years in West Virginia and a brief excursion to the Bay Area, the Wheel became a permanent institution in Austin’s music scene.

Stream Western Standard Time by Asleep at the Wheel on Spotify:

While the Wheel has been influenced by figures like Willie Nelson and Guy Clark, whose “Dublin Blues” they included in their set, they owe their biggest debt to Bob Wills, who created Western swing with his band, the Texas Playboys. They’ve done three Bob Wills tribute albums, and they always include plenty of Wills material in their concerts. Thursday night was no exception, as they opened with “Cherokee Maiden” and “Miles and Miles of Texas,” and later played “San Antonio Rose,” and “Take Me Back to Tulsa.” The Wheel even threw in “Tiger Raw,” a song from Wills’s time with the Light Crust Doughboys in 1937.

The Wheel is a lot more than a Bob Wills cover band, though. On Thursday evening, they also played Waylon Jennings’s “Bob Wills Is Still The King,” Guy Clark’s “Dublin’s Blues,” as well as blues numbers like “Milk Cow Blues” and “Choo Choo Ch’ Boogie.” There’s a little bit of everything in what the Wheel does: Western swing, Outlaw country, blues, and even rock’n’roll.

As master of ceremonies at the Wheel’s circus, Ray always gets off  a few zingers. He joked about marketing products to the band’s aging core audience: the “Jerry Jeff Walker” and the “Asleep at the Wheelchair.”

If you like country, if you like jazz, if you like swing, the Wheel is a band you’ll love, but even if you have no interest in any of those things, you’ll probably still love ’em anyway.

Here are some pictures of Asleep at the Wheel performing at The Birchmere on July 9, 2021. All photos copyright and courtesy of Casey Vock. 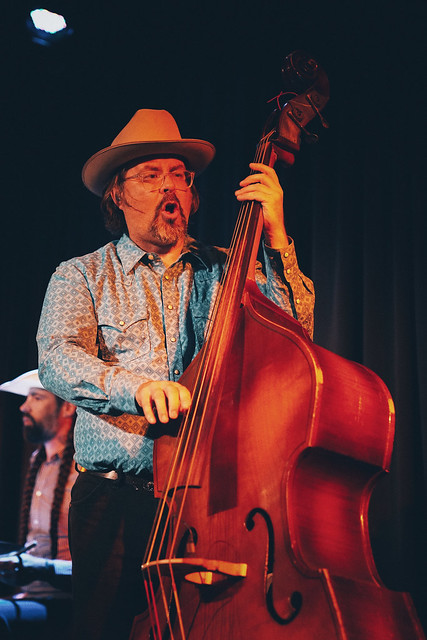 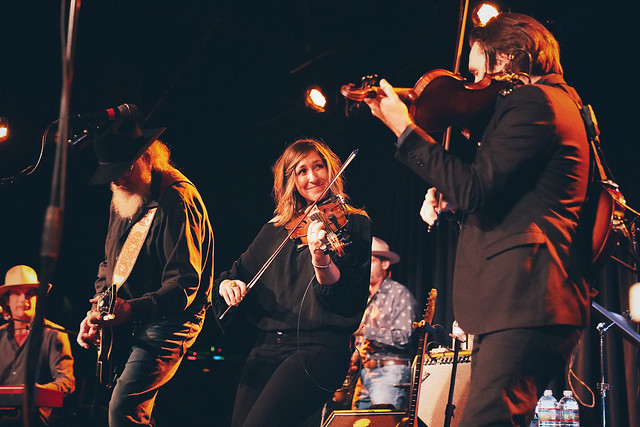 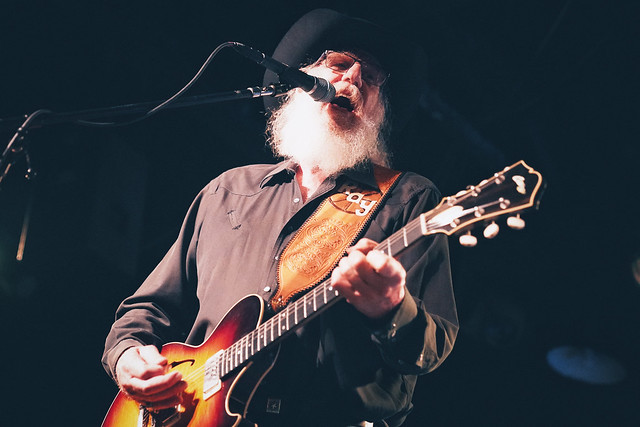 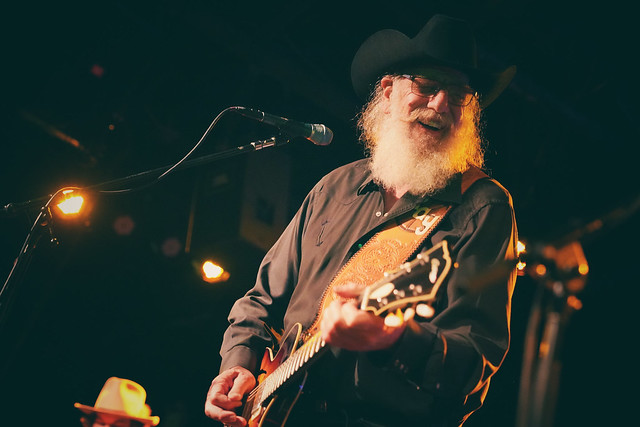 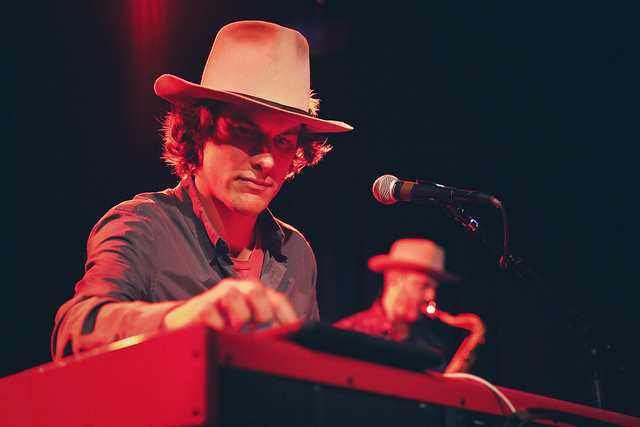 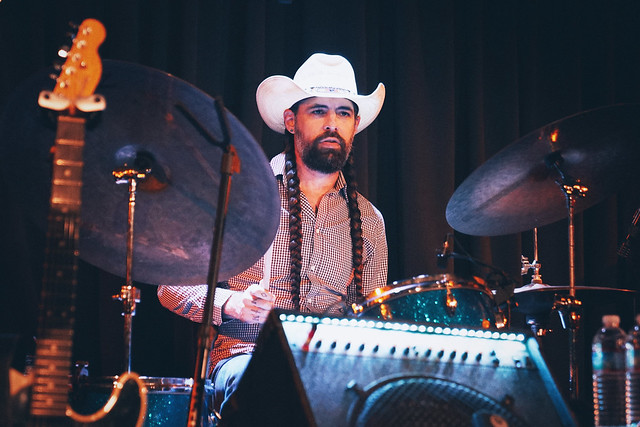 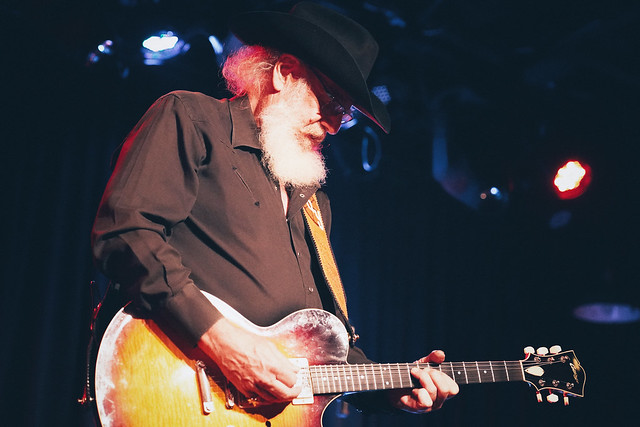 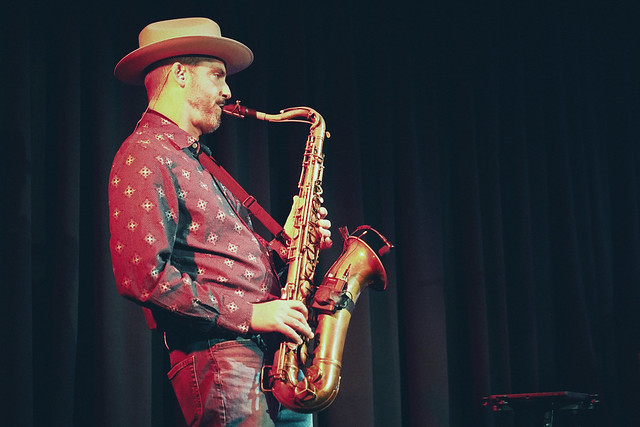 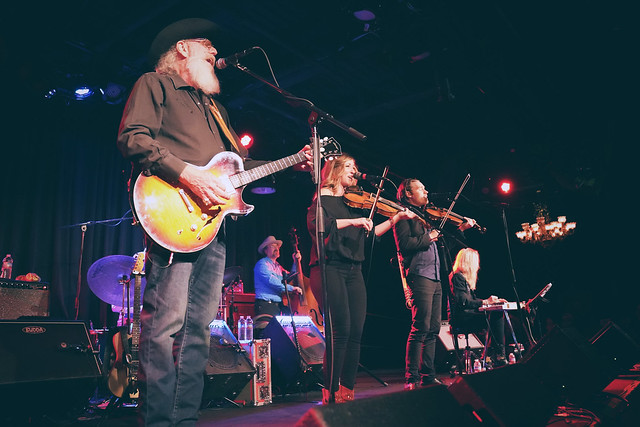 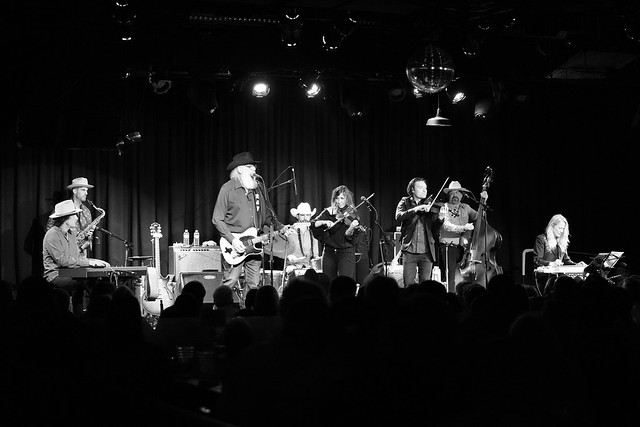 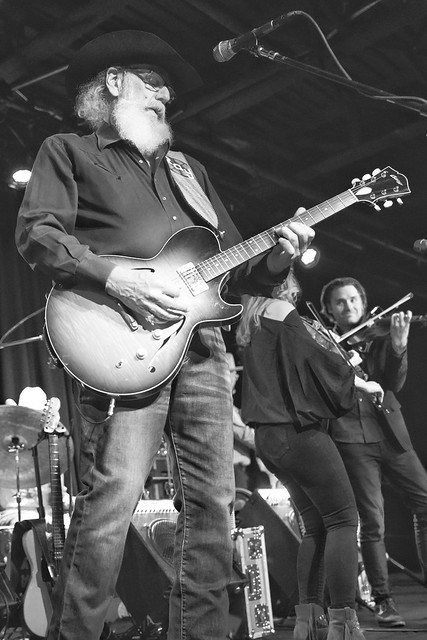 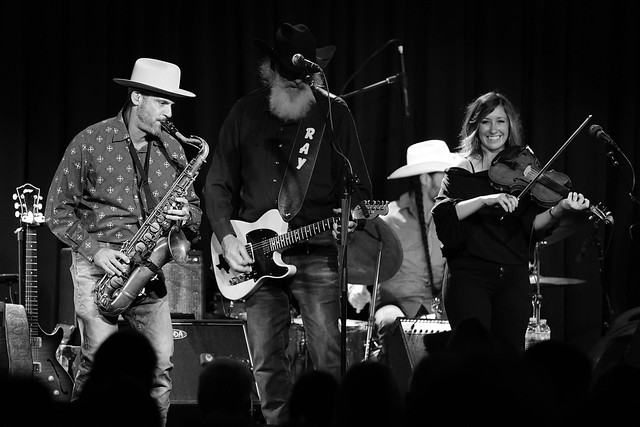 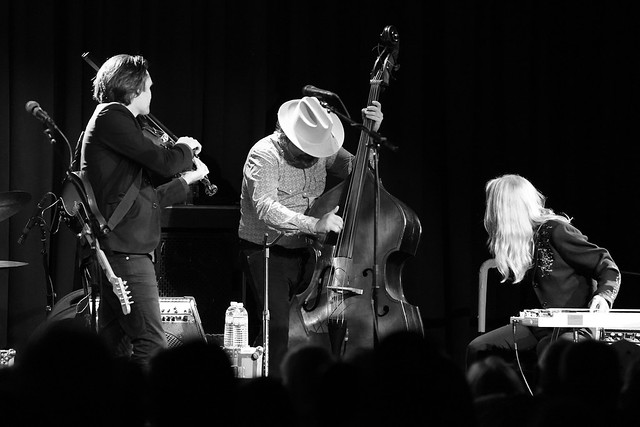 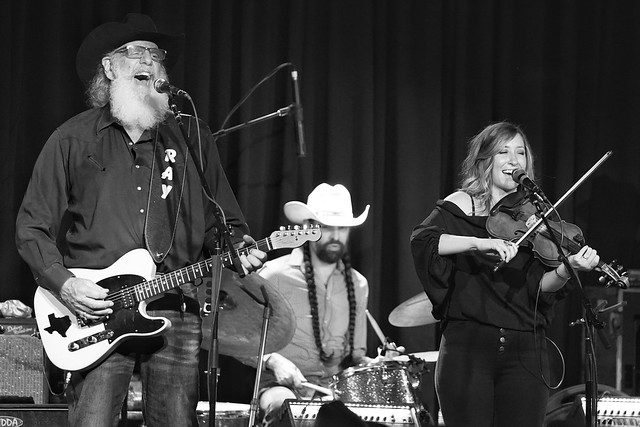 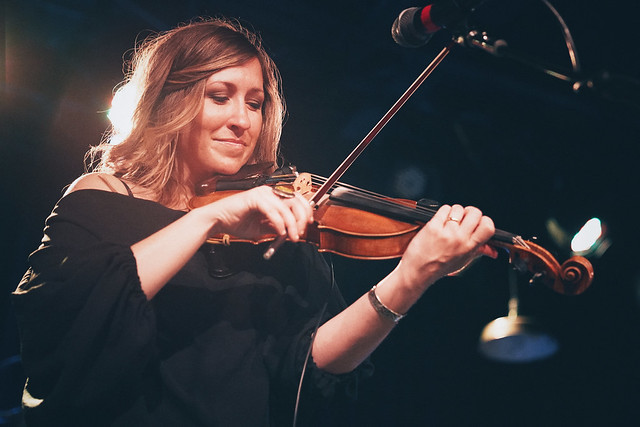 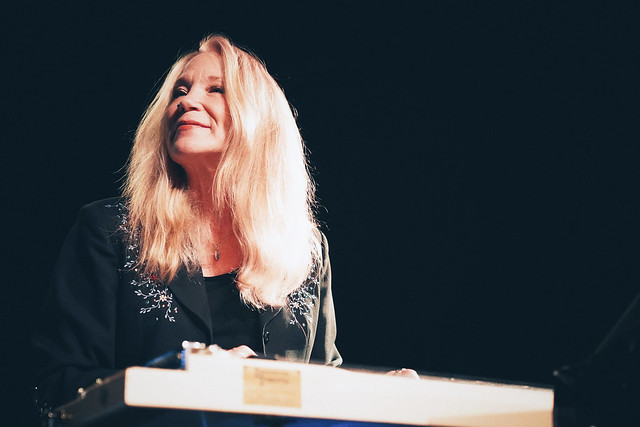 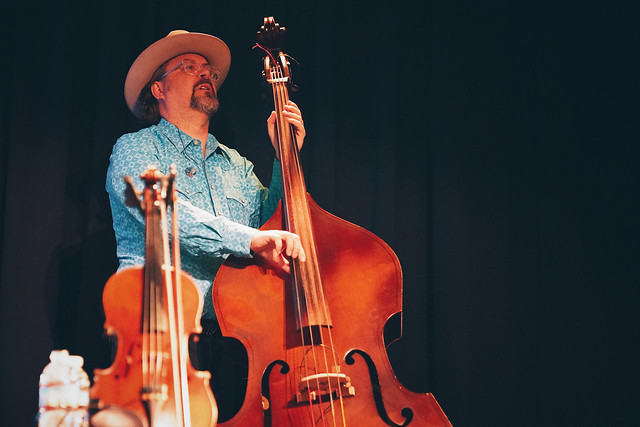 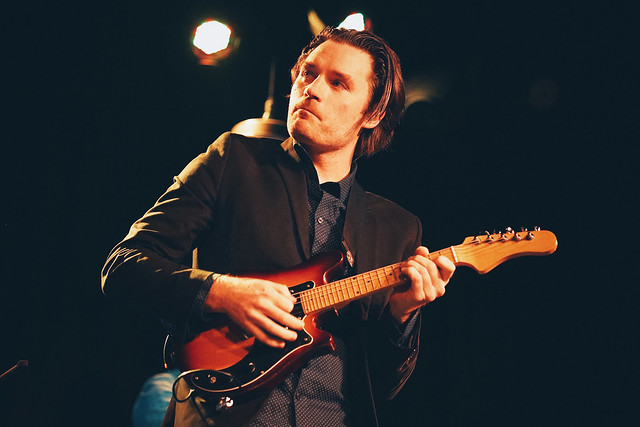 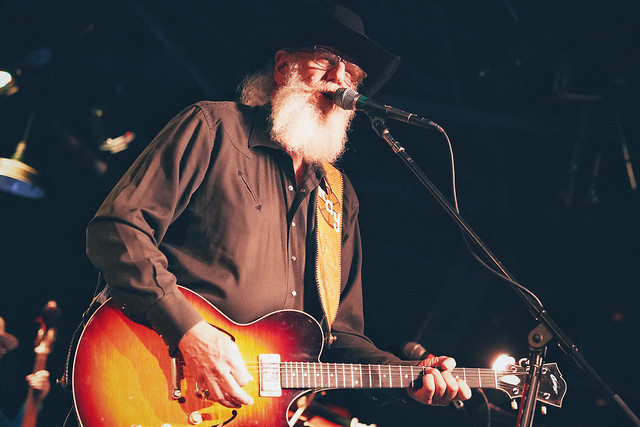 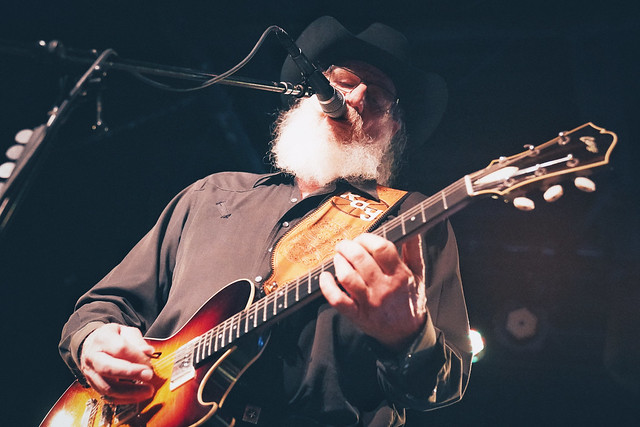 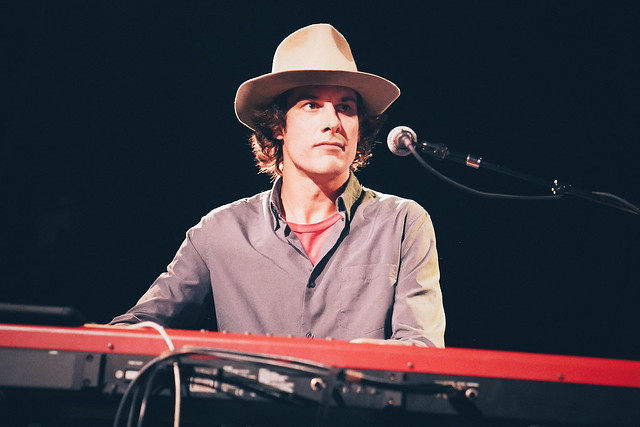 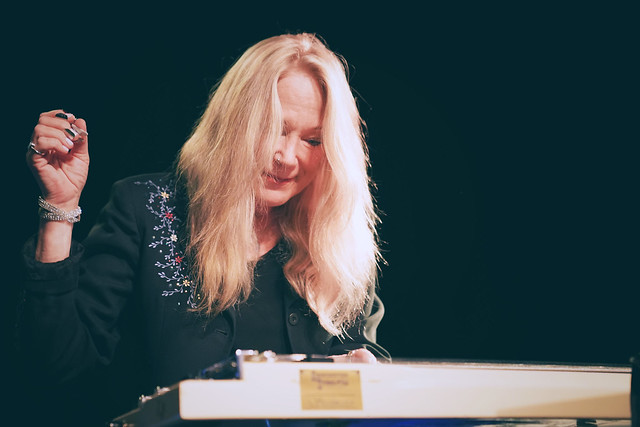