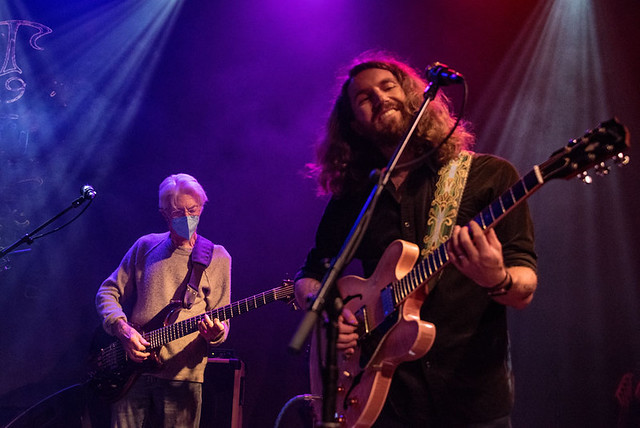 The Midnight North perform at The Hamilton Live on Oct. 7, 2021. (Photo by Mark Caicedo)

After a two-year absence, Midnight North recently made a much-anticipated return to the DC area, even briefly renaming The Hamilton on the strength of the two “Graham(e)” bandmembers. The show featured an appearance by Phil Lesh, beloved Grateful Dead bassist and father of Midnight North guitarist and founder, Grahame Lesh. For two-plus hours, the “Gramilton” felt like an extended family reunion with fans from differing generations and bands reuniting after a too-long pandemic hiatus.

Popular music in all its gloriously diverse forms, from rock to funk, punk to disco, ties multiple generations together in a way that few could have envisioned during the dawn of rock and roll. Those first bands, artists like Buddy Holly, Chuck Berry, The Beatles, the Rolling Stones, et. al, weren’t thinking about their legacies but merely trying to make a living doing what they loved. Legacies, nonetheless, were established as the offspring of those early rockers carried on with their parents’ musical traditions. Musicians like Devon Allman (Gregg’s son), Jakob Dylan (Bob’s son), Amy Helm (Levon’s daughter), and Jason Bonham (John’s son) have all made their way through the musical world both interpreting their parents’ work as well as forging ahead with their own visions.

With Midnight North, Grahame Lesh along with co-founders Elliott Peck and Connor O’Sullivan, mine a rich American musical tradition established by groups like The Band, Little Feat, and, clearly, The Grateful Dead. Their first gigs, billed as Grahame Lesh and Friends, in San Francisco in early 2012 brought together a repertoire of original tunes that immediately sparked a musical chemistry. The result was their debut album, “End of Night” (released in June 2013), a recording made in just two days, and an official name change to Midnight North.

At The Hamilton on Oct. 7, the show opened with a lovely ballad, “Wild Card,” from the new album, There’s Always a Story (American Vibes) followed by the up-tempo folk rock “Highway Song.” The funky “The Sailor and the Song” (with the great lyric, “even a drowning sailor loves the sea”) quickly got people up and dancing. “The Sailor…” with its “Shakedown Street” vibe was the first number to reveal the band’s influences, and its heritage.

Watch Midnight North perform “The Sailor and the Sea” on YouTube:

“Good Days,” a lovely song about longing and loss, gave way to the soulful optimism of the Van Morrison influenced, “Sweet Season.” The set took a breather with “Silent Lonely Drifter,” a Nathan Graham composition reminiscent of the Stones’, “Far Away Eyes.” From there we headed into the heart of the set and the evening’s funkiest and rockin’ numbers, “Playing A Poor Hand Well” and the Tedeschi Trucks Band cover “Do I Look Worried,” the latter featuring Lesh’s stellar slide guitar work and Elliot Peck’s stunning vocals. For me, the highlight of the set came with the next song, “Earthquakes,” a tension filled rocker with Grahame’s great descending guitar riff and Nathan’s driving syncopated drumming (shades of Little Feat).

Watch the official music video for “Earthquakes” by Midnight North on YouTube:

“Mississippi River” and “Under the Lights” led into a savage rendering of the Charlie Watts tribute “Sway.” Elliot’s singing again took centerstage with a lovely stripped down “Coyote” that featured Phil Lesh on bass. While appearing a bit frail (he is after all, an 80-year-old cancer survivor), Phil nonetheless electrified the crowd with his presence, adventurous bass lines, and unique phrasing. A towering “Wind and Roses” (from 2015’s Scarlet Skies) preceded the obligatory Dead cover, a highly satisfying extended “New Speedway Boogie.” Although Midnight North isn’t necessarily a jam band in the classic sense, they sure can jam nonetheless.

Baltimore/DC-based Wicked Sycamore opened the show with its energetic, fun, and unique take on folk and bluegrass. And speaking of unique, the all-female trio closed their set with Whitney Houston’s 1987 hit, “I Wanna Dance with Somebody (Who Loves Me),” somehow converting the sugary-sweet pop song into an up-tempo bluegrass tune. I’d attended a wedding reception the week before where grandparents, parents, and twenty somethings all got up to dance and sing the words to that same song. Hearing it again on Thursday night got me thinking about the universality of pop music-how even the schmaltziest songs unite us across lines of gender and age, race and culture. Midnight North’s “pop” music accomplishes the same thing-linking the past with the present while carrying a new generation of fans forward. As Grahame has said, “These songs tell our story, at least up to this point. Our job is to sing you these stories as honestly as we can and transport you into our world for an hour or two.”

Here are some photos of Midnight North performing at The Hamilton Live on Oct. 7, 2021. All photos copyright and courtesy of Mark Caicedo. 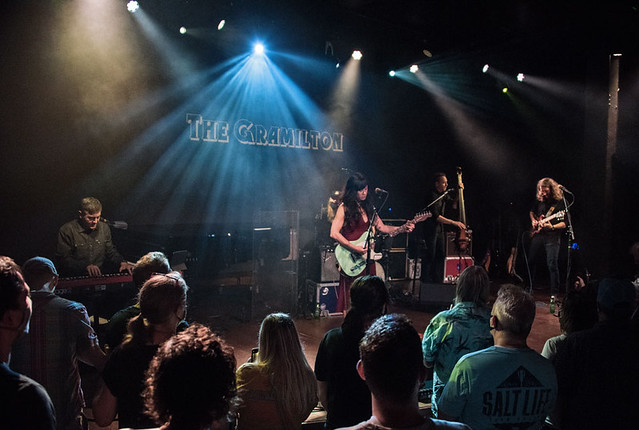 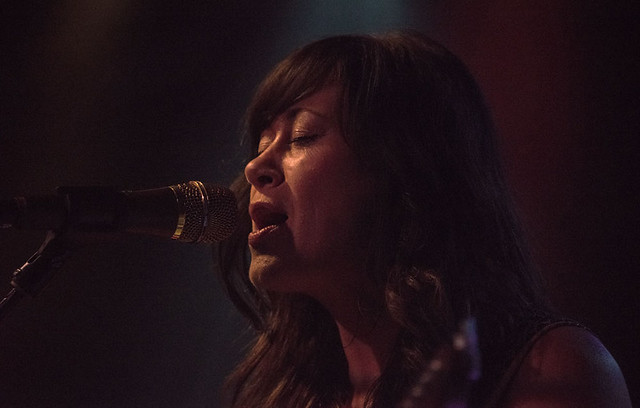 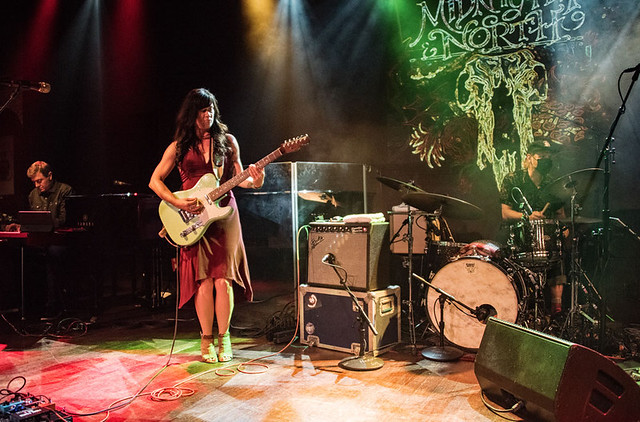 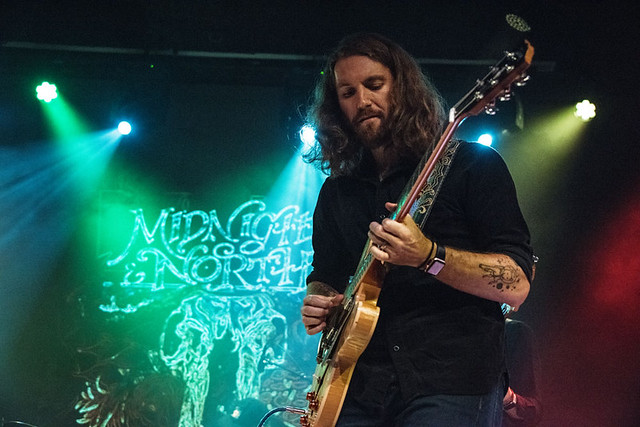 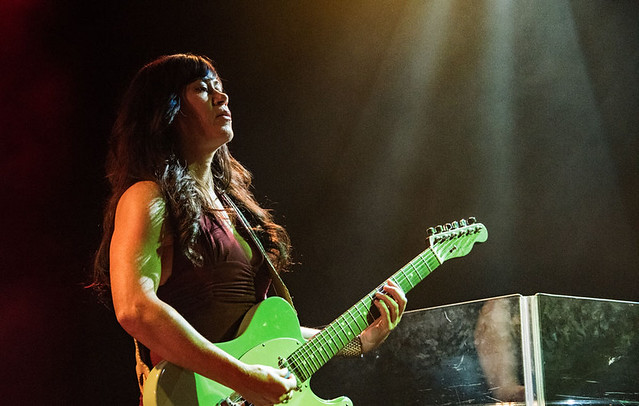 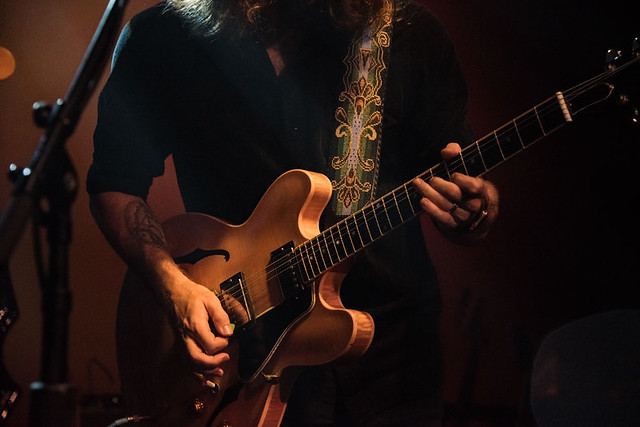 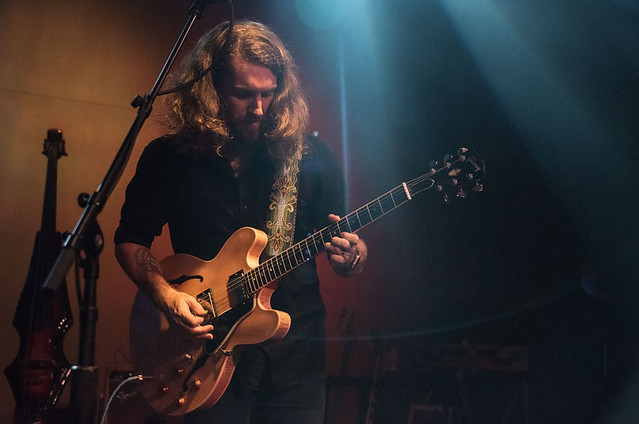 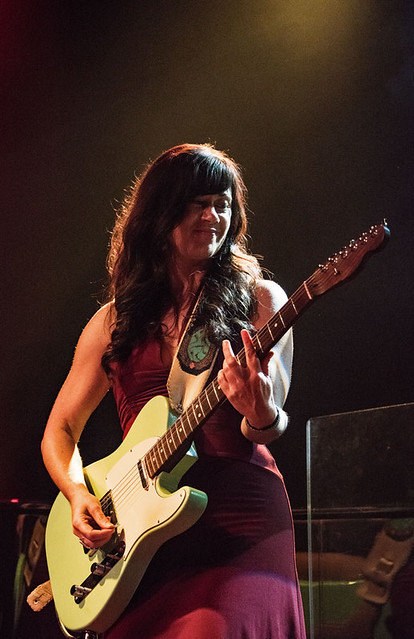 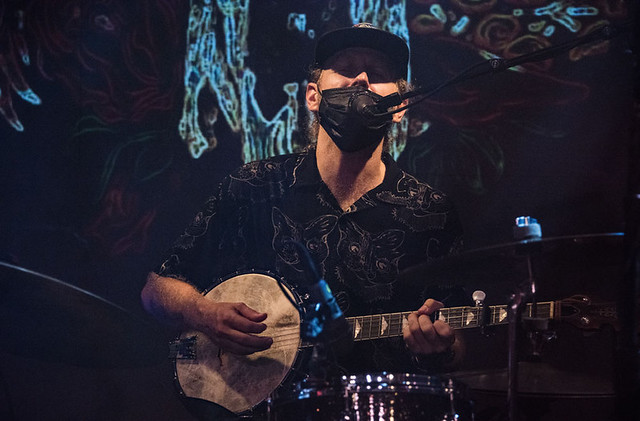 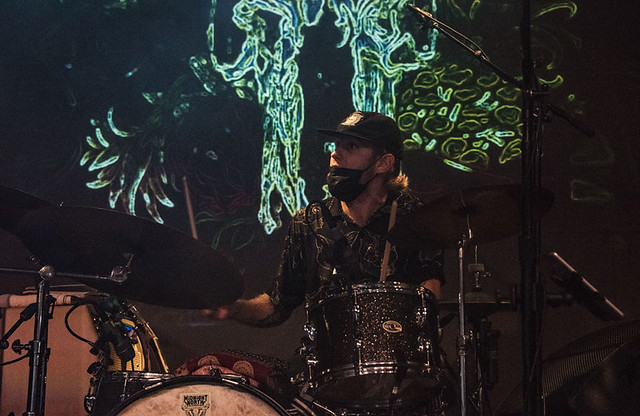 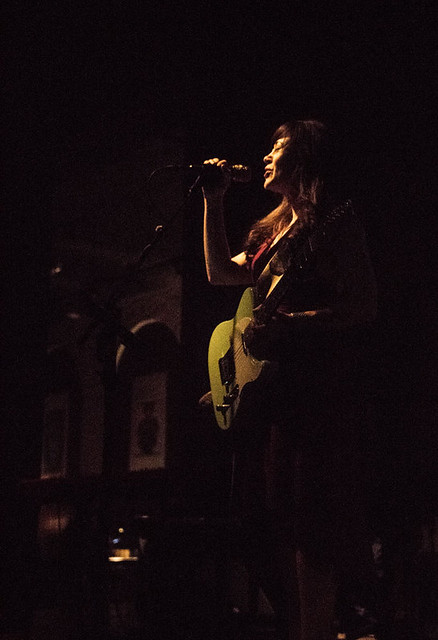 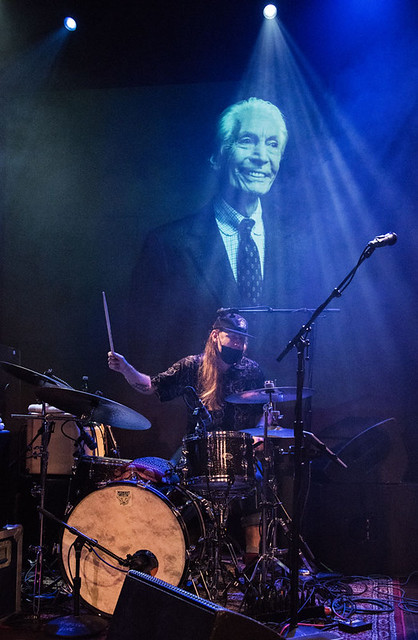 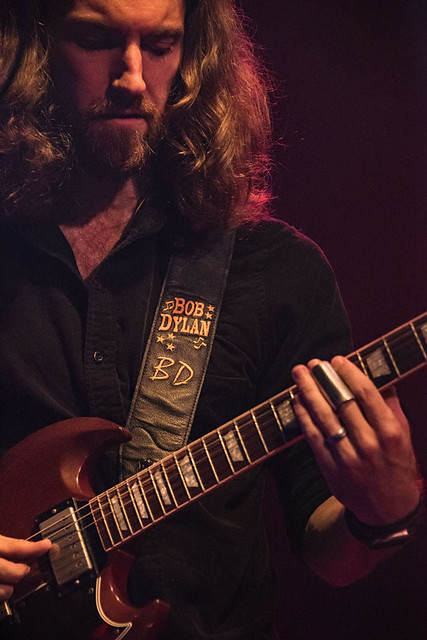 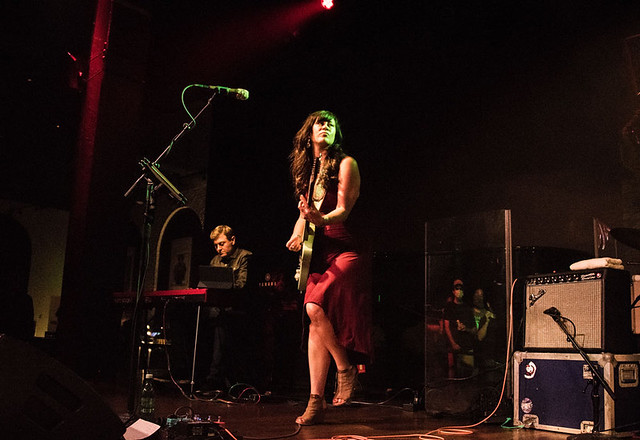 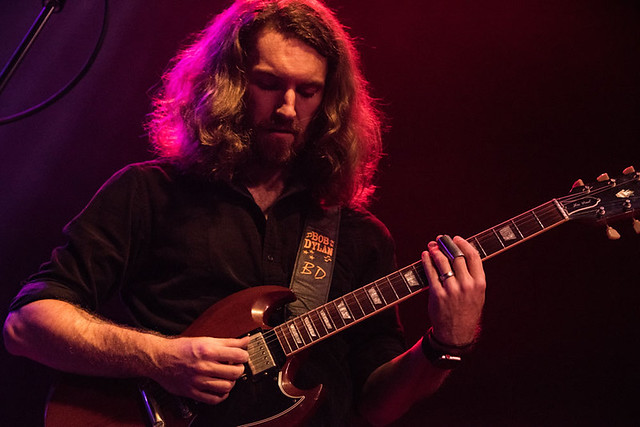 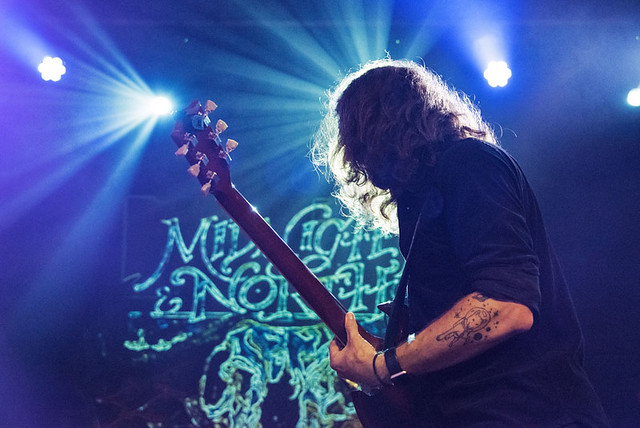 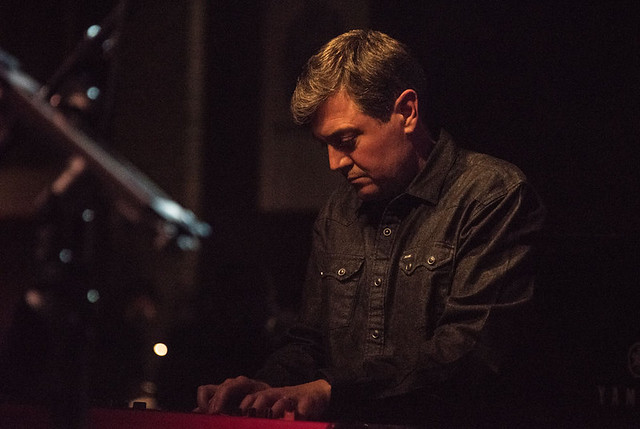 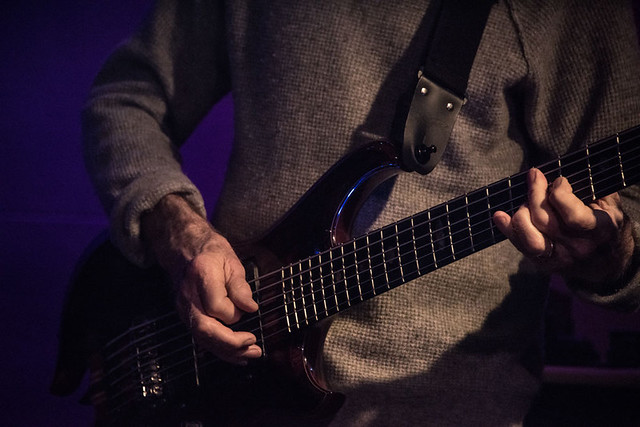 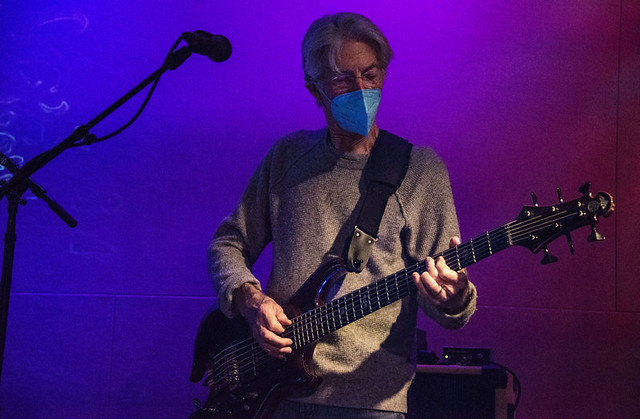 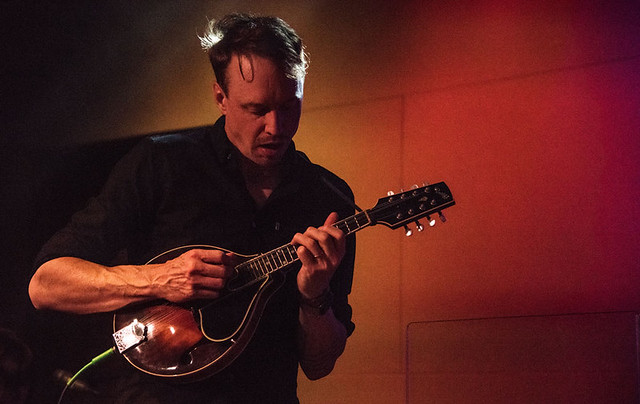 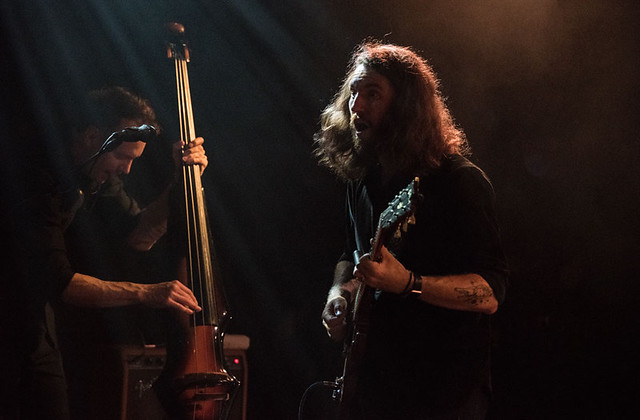 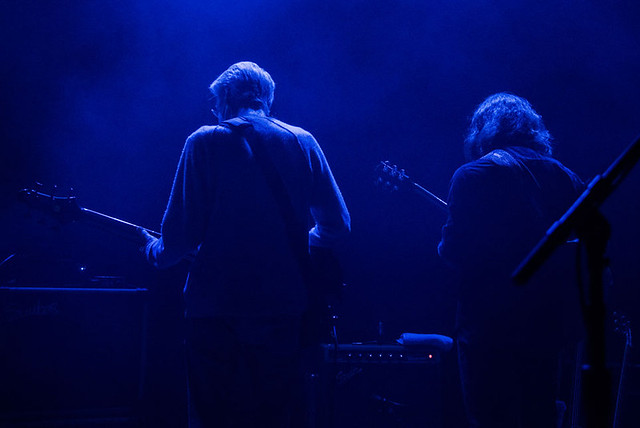 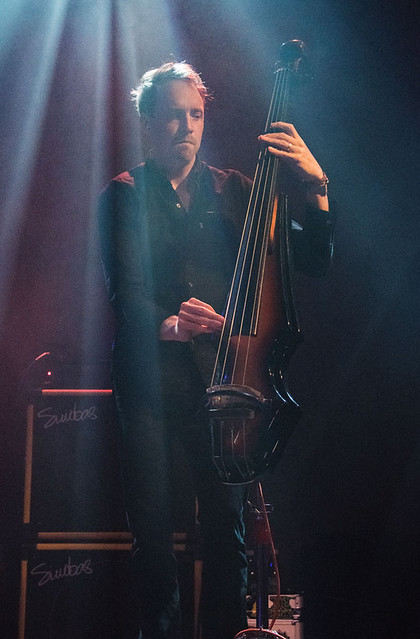 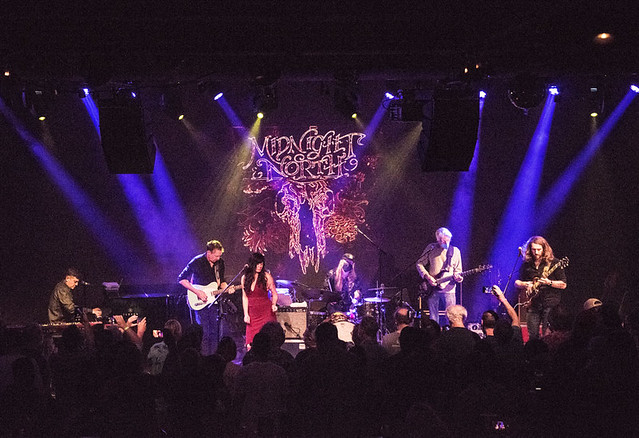 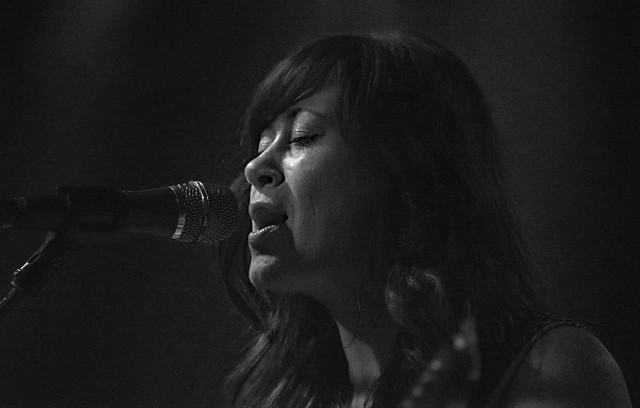 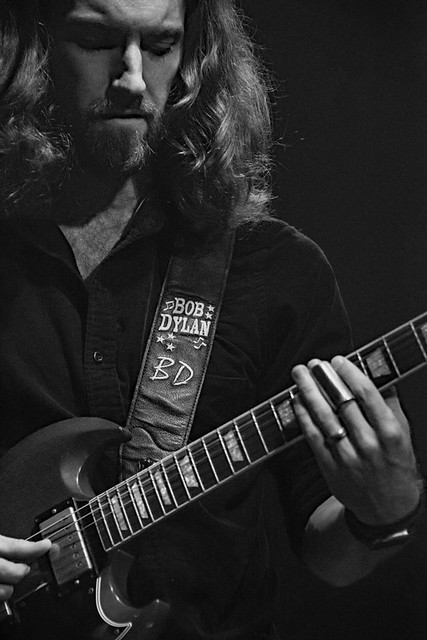 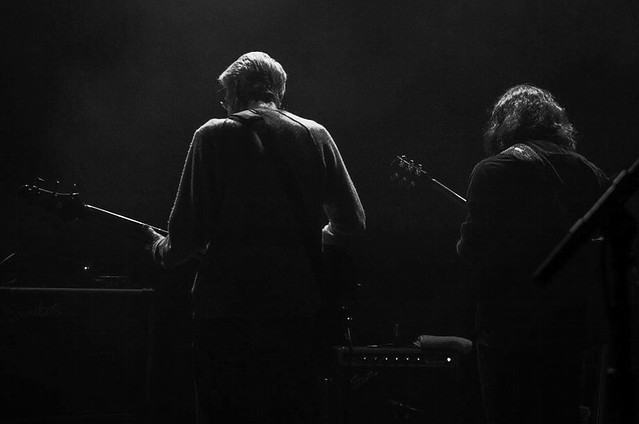