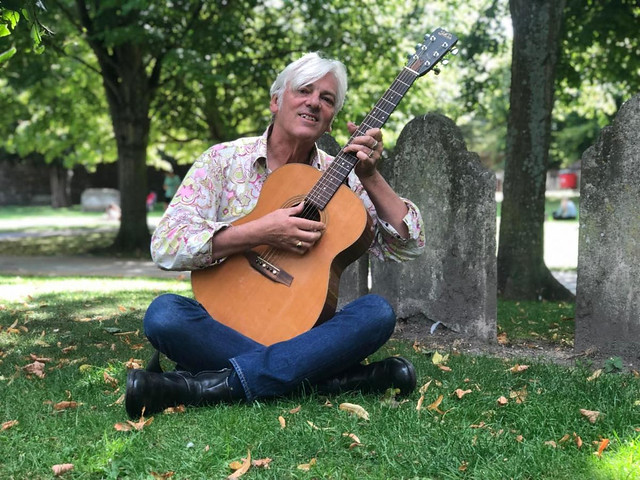 Tune into the fifth quarantine show by Robyn Hitchcock and Emma Swift, who have been performing regularly since the emergency lockdown across the nation in their series, Live from Sweet Home Quarantine, where they livestream a 30-minute concert from their home in East Nashville.

Catch Robyn and Emma on StageIt on Wednesday, April 15.

Waaaaait a moment! Psychedelic folk legend Robyn Hitchcock, who originally hails from London, England, lives in Nashville? Well, he does, and he has for some time, and he lives there with his partner, Australian singer-songwriter Emma Swift.

For their upcoming installment of Live from Sweet Home Quarantine, the duo promise “music, requests, inane banter, cats, stuffed toys, plastic ducks,” and more! “We love connecting with you from our bunker and hope you can join us this week!” Robyn and Emma said.

Watch Robyn Hitchcock perform a short set (including “I Want To Tell You About What I Want,” “Madonna of the Wasps,” “Virginia Woolf,” and “Mad Shelley’s Letterbox”) for KEXP on YouTube:

In 2017, Robyn released a self-titled 21st album via Yep Roc Records. As No Depression said, the album ranked in many year-end lists, and rightfully so given its “ten slices of psych-pop perfection, with a touch of Tennessee twang.”

Reserve your spot for Robyn Hitchcock with Emma Swift on StageIt!