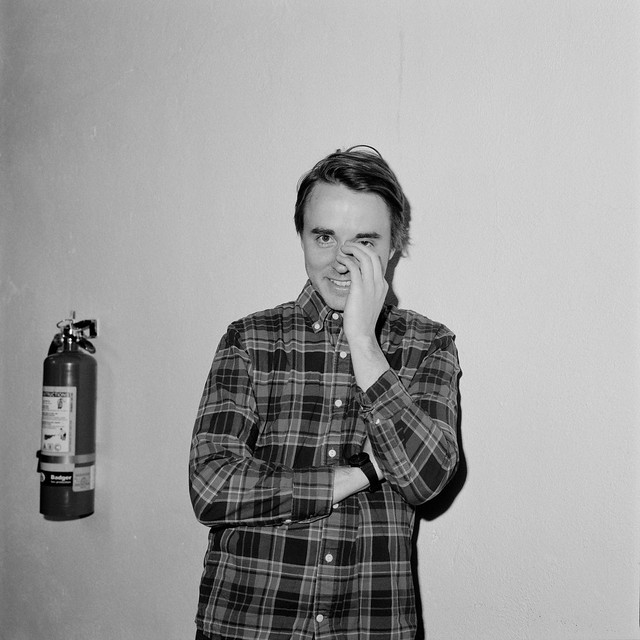 Andy Shauf released The Neon Skyline earlier this year via ANTI_, and he next performs in a livestream to benefit Encampment Support Network Toronto via Noon Chorus on Sunday, Oct. 18.

The Neon Skyline is one of 2020’s most highly praised records. The “gorgeously rendered folk-pop storytelling” (Billboard, The 50 Best Albums of 2020 So Far) continues to garner incredible praise from critics and fans alike. Today, Shauf presents a stunning video for the album’s “Clove Cigarette,” which explores the better times, honing in on hazy memories.

The video, directed by Colin Medley and Jared Raab, was made using a variety of cutting edge technologies: LiDAR, a 3D scanning technique using laser light that’s often used for 3D maps and self-driving cars, photogrammetry, and a video game engine. It features static tableaus of Andy in various settings, playing his guitar in the yard and the Skyline bar. These scans were then relit and rendered out using an animated virtual camera. “The song is about half-forgotten moments, so Jared and I wanted to make something dreamlike and imperfect,” Colin said.

Jared further explained: “If you listen closely to the song, the lyrics drift seamlessly in and out of memories, so we wanted to find visuals that could capture the same sparse quality. We noticed that these scans were almost impressionistic, like computer generated pointillism. Along with our technical director Luca, we stumbled on a brilliant artist RubenFro, who was using the Unity game engine to render point clouds. The results are surprisingly natural, like ghostly moments frozen in time. Though we ended up going with a different game engine (Unreal), we knew we had found the right tool to articulate the feeling of the song. In the end, I think the results stunned us.”

Watch the official music video for “Clove Cigarette” by Andy Shauf on YouTube:

Catch Andy Shauf in a livestream concert on Oct. 18 at 5pm EST. $5 from every ticket will benefit the Encampment Support Network (ESN), an organization that addresses Toronto’s housing crisis head-on by bringing humanitarian aid to neighbors living in encampments around the city. “There are a lot of people in our city who need our help and support right now, and winter is approaching quickly,” Andy said. “ESN is doing crucial work helping bring basic essentials to Toronto’s homeless population living in encampments around the city, and I want to support that cause.”