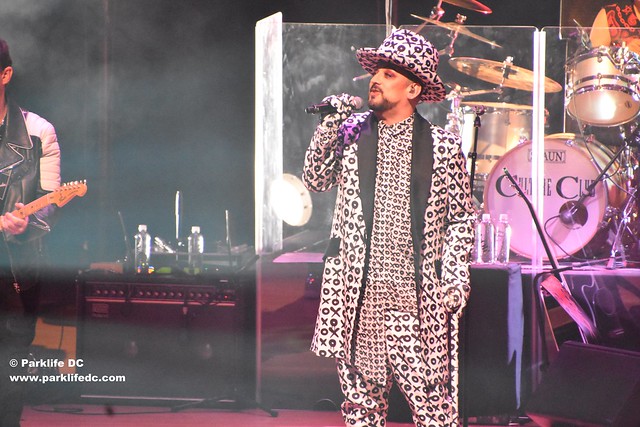 And speaking of better, George sounds amazing! Much has been made about how his voice has changed since the glory days of Culture Club –- it’s throatier, deeper, and more bluesy — but damn he sounded good on Sunday night when closing out the band’s 38-date US tour. I’ve seen George twice previously in recent times, and even I was unprepared for the heights he could reach, after obviously taking good care of his voice over the past couple of years.

In fact, George, bassist Mikey Craig, drummer Jon Moss, and guitarist and keyboardist Roy Hay all are obviously at a professional peak as evidenced by their rousing performance. Culture Club clearly are back, and hopefully here to stay! The four Culture Clubbers played at the height of their abilities, easily coaxing the full house at Strathmore out of their seats and onto their feet with their mix of new wave, reggae, and soul music.

And as that implies, the show was largely a party despite George’s moments of serious reflection. The concert began with three songs selected to blow the audience away — “Church of the Poison Mind,” “It’s a Miracle,” and “I’ll Tumble 4 Ya” — three tremendous Culture Club staples from the band’s first two albums Kissing to Be Clever and Colour by Numbers — thrilling dance records spawned from the UK New Romantic scene. 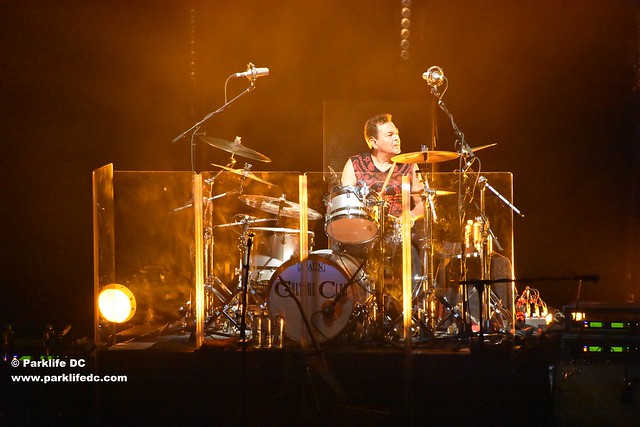 Jon began the show alone on drums, lighting up the room sonically with his signature snappy percussion. For the entire show, he keeps the percussion rolling through shades of pop and soul. Mikey plays alongside of Jon, rocking out with funky basslines. Of the four, Mikey looks most consistently like he’s having the time of his life. The smile never disappears from his face! 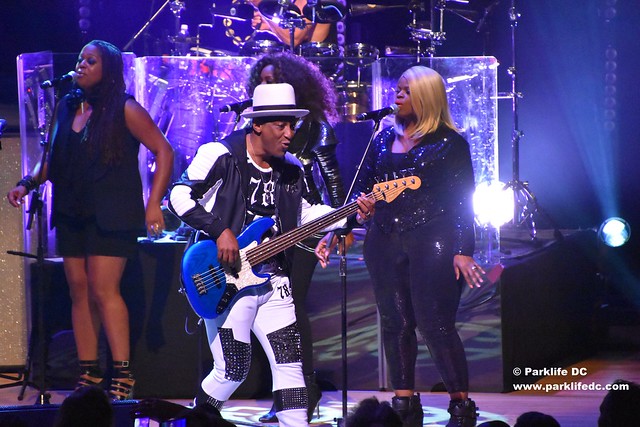 For my money, however, you can always count on Roy to save the day. The gent is an underrated phenomenon, and the mood and tempo of individual Culture Clubs songs often hinge on his virtuoso capabilities to leap from one instrument to another all with the polish of a learned rock ‘n’ roller. My favorite example of Roy’s prowess lies in how the entire room holds its breath when he plays “Victims,” and with a flourish on the keyboard, he brings the beat down in the last minute. Everyone in the room can feel their hearts fall in unison. I’ve rarely seen a more moving song live. This chap is a freakin’ genius for that moment alone. 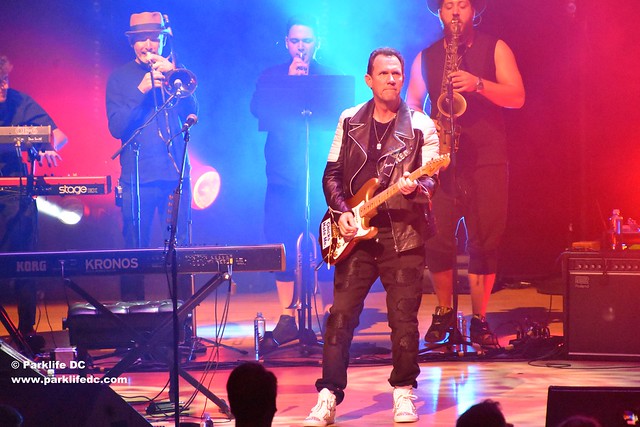 Other great moments in the show include a heartfelt performance of “Time (Clock of the Heart),” clearly a group favorite from the band’s debut album, and a fun performance of “Do You Really Want to Hurt Me?,” which was actually inspired by sad circumstances. George’s friend Alexis Arquette, the transgender woman that performed as a Boy George impersonator in the film “The Wedding Singer,” and who sang that song in the film, passed away over the weekend. George offered the song as a salute to her.

I found myself also greatly moved by a new mix of “War Song,” which retained a fast refrain but slowed down the verses to a sincere smolder. That song live alone convinces me that Culture Club must release an entire live album, right now. “War Song” presented one of just many moments where George stole the show, and it was very impressive how he was indeed a gregarious, funny, and earnest showman. The feeling in George’s voice and the quality of his singing were off the charts.

Go, go, go see Culture Club! They have some more tour dates in California and Canada in November, and with the new album officially wrapping next year, surely  they will be back and in excellent form. Here are some more pictures of Culture Club performing at Strathmore Music Center on Sunday, Sept. 11, 2016. 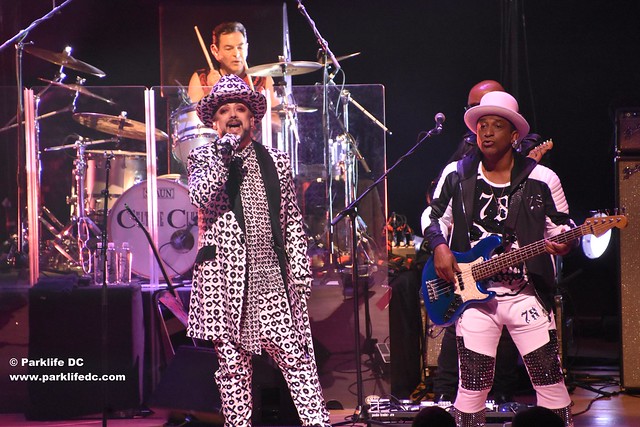 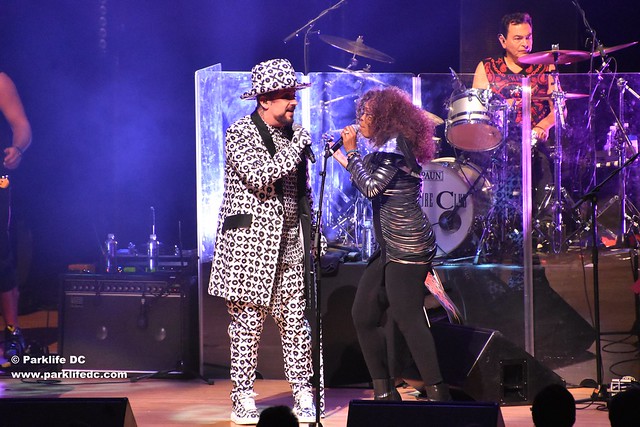 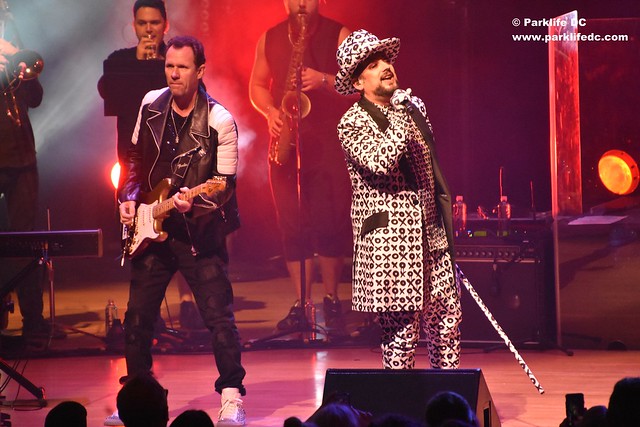 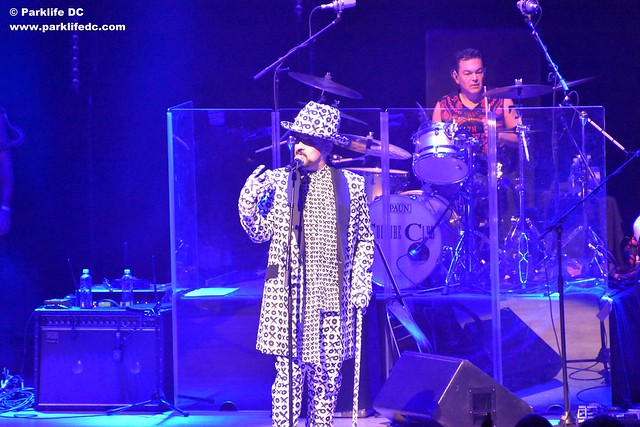 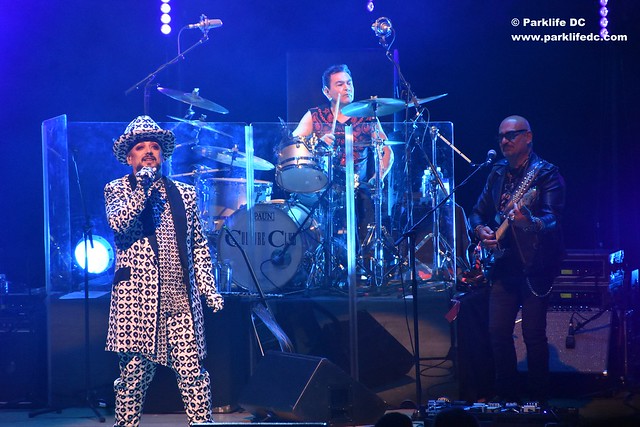 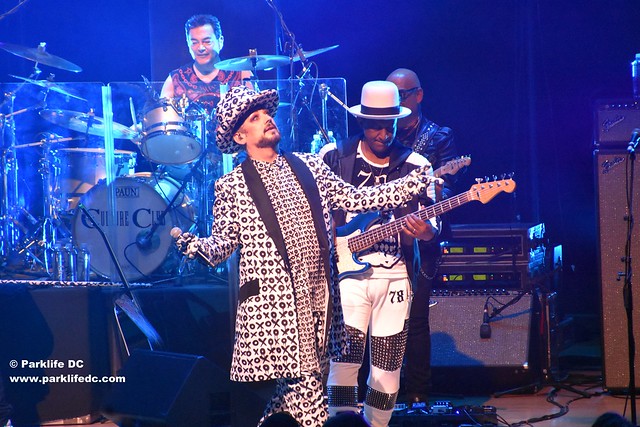 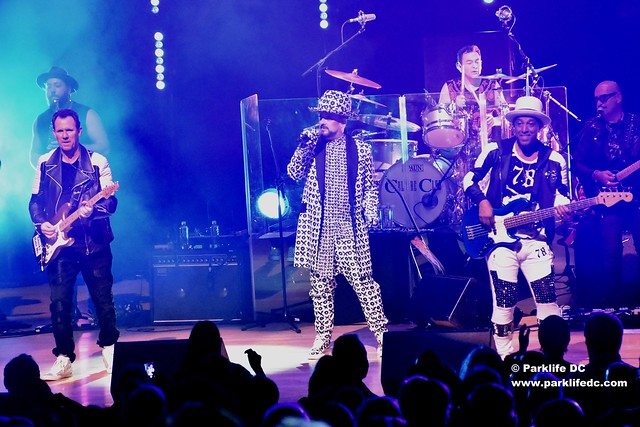 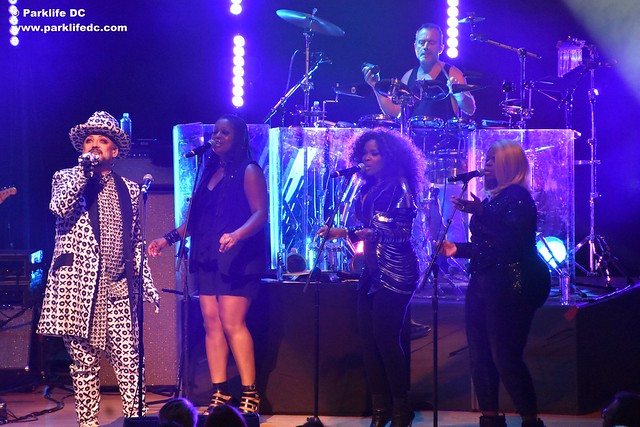 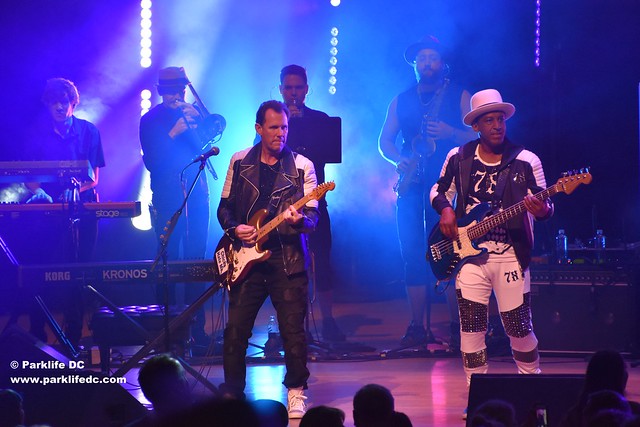 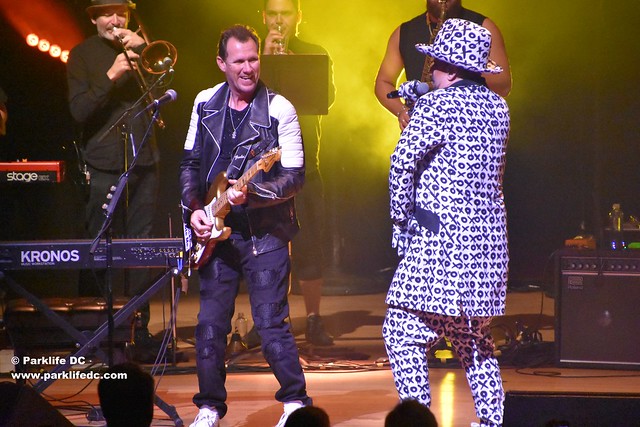 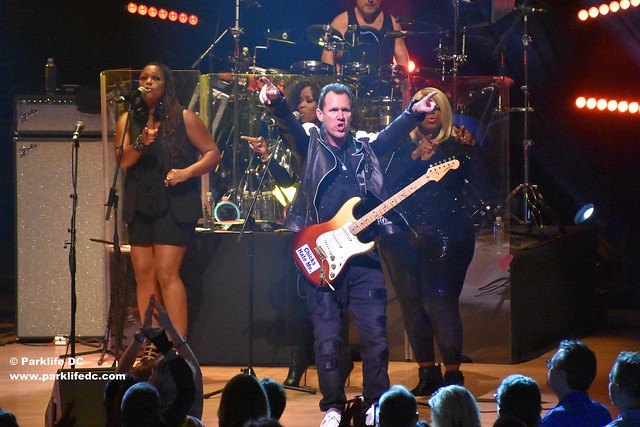 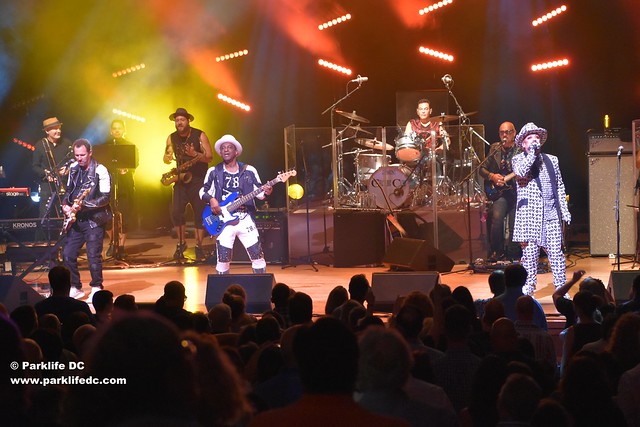