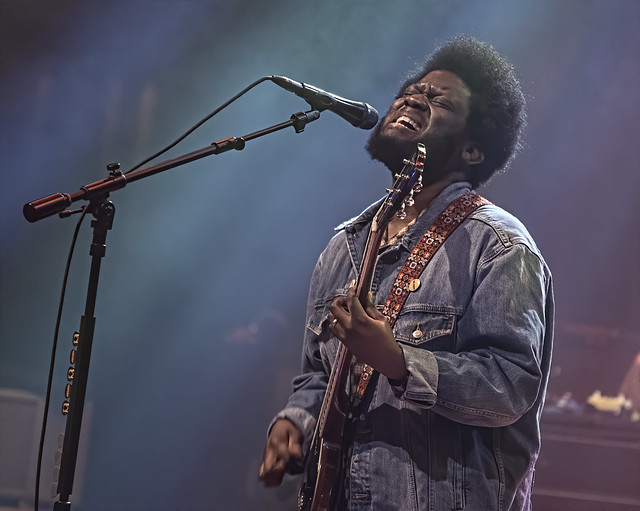 With Michael Kiwanuka’s third LP, Kiwanuka, released last year, continues that old ’70s aesthetic with songs that feel warm and familiar. And on Feb. 12  at a sold out Lincoln Theatre, Michael and his band put on a brilliant performance, highlighting many newer songs, like “You Ain’t the Problem,” “Back Man in a White World,” and “Rolling.” But over the next two hours he pulled also from his early days and a particularly beautiful “Close Your Eyes.” As he stood there, he dedicated the song to this audience and reminisced about the time he started out writing songs in his room, listening to his favorite records and dreaming of nights like this.

And it has to be said that Michael’s band is simply amazing. After an outstanding set, Michael Kiwanuka returned to play several more. Backing singers, Emily Holligan and Simone Richard soared with flawless lines throughout “Hard to Say Goodbye” and the band played through favorites such as “Home Again,” “Falling,” “Cold Little Heart,” and they ended with one of my favorites, “Love and Hate.”

Michael Kiwanuka and his band continue their tour through the USA. Definitely check out more here

Here are some more photos of Michael Kiwanuka at the Lincoln Theatre on February 13, 2020. All photos copyright and courtesy of David LaMason.