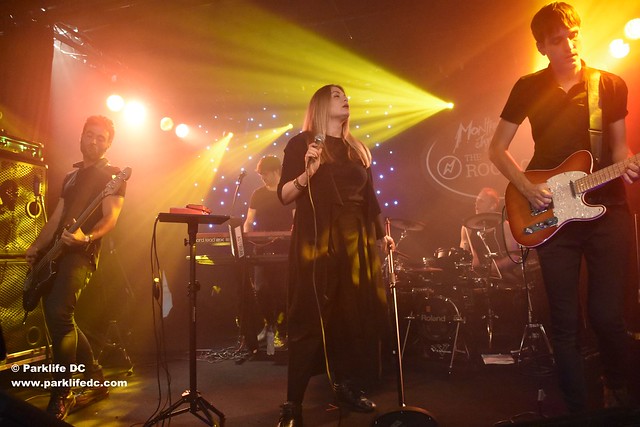 Astorian get into the zone during the Montreux Jazz Festival on July 6, 2016. (Photo by Mickey McCarter)

The band stepped out of the darkness and whipped up a dazzling instrumental intro as the audience closed in on the stage.

After the intro by Astorian, frontwoman Alexandra Schmidt appeared and sang lushly of self-respect in a song titled “Giving Yourself Away,” from the band’s debut EP, Night Flight, which was released in April.