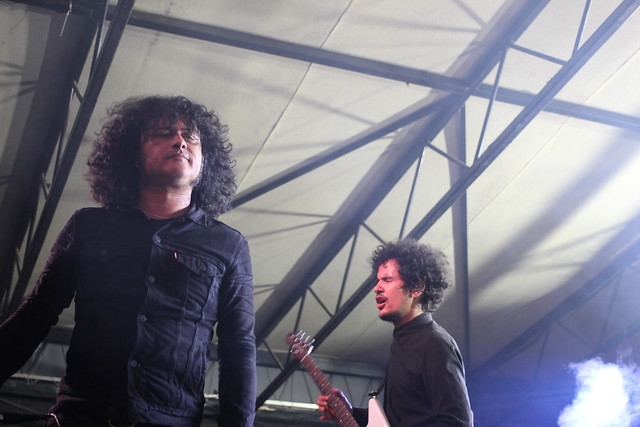 END_OF_DOCUMENT_TOKEN_TO_BE_REPLACED

After a long silence following their last album, post-hardcore stalwarts At the Drive-In released a new song “Governed by Contagions” on Dec. 8 via Rise Records.

The new song marks a remarkable turn in developments for the El Paso punk quintet, which originally broke up in 2001 and eventually returned to touring in 2012. But now it seems like they are really back with a brief headlining tour in 2017, which includes a stop at the 9:30 Club on Monday, March 20, along with the promise of new music. Indeed, the new full-length album, produced by ORL and Rich Costey, to be released in 2017 will be the band’s first since third album Relationship of Command in 2000.

Watch a lyric video for “Governed by Contagions” by At the Drive-In on YouTube (or download a free MP3 at http://www.atthedriveinmusic.com):

At the Drive-In initially eyed some US dates in June, but the band canceled that tour while Cedric recovered from voice problems. But now they are back for a run of dates that starts in DC and ends in Toronto on March 29.