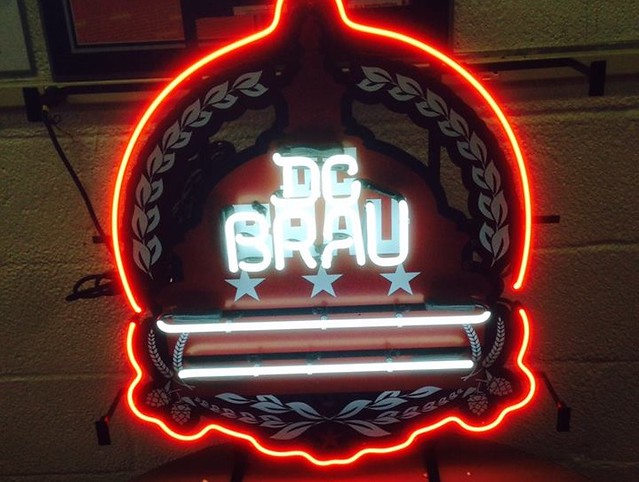 Among the taps undoubtedly will be the brewery’s new 4.6 percent German pilsner, Brau Pils, which it just introduced.

The word from DC Brau on the new pilsner: Brau Pils is a straight forward Pilsner with a light body, moderate carbonation and an assertive yet restrained hop character. Aromas of earthy, spicy noble hops are chased by a rich, cracker-like note backed up with clean, malty notes and a neutral lager yeast profile. This beer is made to help refresh on those hot summer dog days of DC.

DC Brau also will raffle off a DC Brau neon sign for the first time ever, according to owner Brandon Skall, who will be in attendance!

We are less than one week away from the greatest sporting event on Earth*.

Where are you watching the game this year?

This match-up is no surprise. The two best teams in the NFL in their respective conferences took advantage of their home turf to advance to the big game. The Seahawks in a jaw-dropping comeback over the Packers. The Patriots in a ho-hum dismantling of the Colts.

The earthquake inducing Seahawks, as the defending champs, make their second straight Super Bowl appearance. The ‘potential’ cheating Patriots last made it in 2012, losing to the New York Giants.

None of that matters now. 60 minutes to decide the next champion.

Patriots and Seahawks’ fans have some choices to make on where to watch.

Fans of the New England Patriots in DC

Cap Lounge on gamedays is a wall of jerseys, red/white/blue, with heads held high. Some of the more loyal Pats fans, they know how to party, cheer and support a team. It is expected to be busy and should be a blast.

Other places where Pats fans gather: Murphy’s of Alexandria.

Fans of the Seattle Seahawks in DC

Acre121 transforms its bar into the official Hawks Nest on gamedays. See the flyer. They update their food and drink menu with Seahawks’ themed items, like the Beast Quake cocktail, the Hawks Nest (an epic burger) and The Largent Classic.

There is also a raffle giving away free swag during halftime. Come early, because it should be packed out.

Write in the comments where you plan on watching the game.
Super Bowl XLIX
February 1, 2015
6:30pm