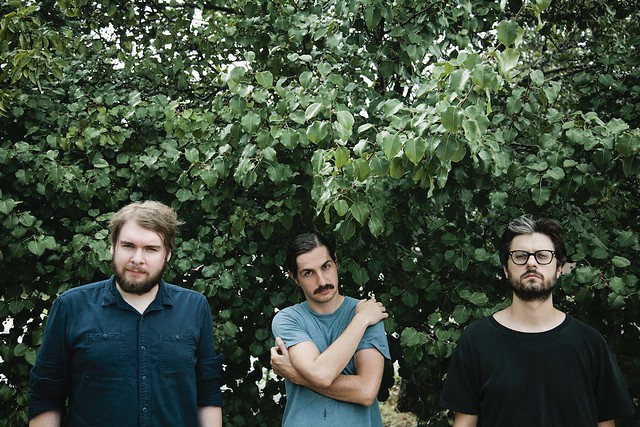 With the return of seminal shoegaze bands like Ride and Lush from England, which really left their mark on the genre, it might be easy to forget there are many thriving new bands, and even American bands, carrying on the shoegaze sound.

Well, maybe not given the popularity of Zachary Cole Smith and DIIV, who returned with a strong new album last year. But Brooklyn isn’t the only place where you can find shoegaze stalwarts! Case in point: Wray from Birmingham, Ala.

The trio released their self-titled debut in 2014, and they have already followed it up with a second full-length album, Hypatia, which came out last Friday via Communicating Vessels. They are making a stop at the Black Cat on Tuesday, Jan. 26, in a tour to support the album.

Wray’s new album has a pleasant, easygoing vibe, as evidenced by the title track. Watch the official music video for “Hypatia,” which pays homage to the Greek mathematician, astronomer, and philosopher in Egypt, circa 400 AD, from whom the album draws its name:

Says the New York Times of Wray: “A wash of distortion, a motorik beat, an impassive and nearly drowned-out vocal: These are the essential building blocks for Wray, a three-piece band pursuing its own extrapolation of shoegaze, surf-punk and lo-fi garage-rock.”

DC rockers Exit Vehicles perform at an album release party at the Rock and Roll Hotel on Friday, July 3, to debut their first album STAGES.

The band is streaming the new album on Soundcloud. Go listen:

We at ParklifeDC caught Exit Vehicles at the Rock and Roll Hotel on Jan. 16, 2015, and we shared some thoughts:

“Hands down, the most memorable thing about DC’s Exit Vehicles is the sensation that you are literally seeing double as one of the Brothers Polon are performing on each side of the stage. The twins Brian and Adam are dead ringers for one another, and Brian is playing guitar and Adam is playing bass? Or is Adam playing guitar and Brian bass? (It is Adam on bass, I’m assured.)

Thankfully, frontman Brian Easley keeps you grounded. He displays a loose rock-and-roll spirit, and he’s comfortable chatting with the audience.”

We added that songs such as “Like a Record” and “Face Behind” (both on the new album) consistently give off a good groove while the guitars are shimmery and the drums are snappy.

Join Exit Vehicles for their album release party with openers Rom and TONE. Tickets are available online and at the door. 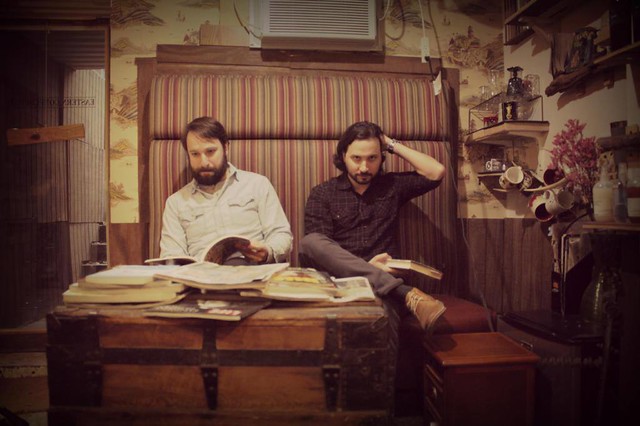 The room got agreeably about a third full, and the audience danced along and engaged with all of the bands. I unfortunately missed the first opener but the French Admirals, Feral Conservatives and Exit Vehicles gave me plenty to hear once I arrived.

The Admirals opened with “We Will Create Our Own Reality” from their debut LP Closer Than Brothers. It’s a breezy punk song that showcases the guitar and bass work of vocalist Robert France and bassist The Admiral respectively. If there’s one thing you can bet on when it comes to the French Admirals, however, it’s that they are never just going to “sound the same” as the last song. The next song “It’s All There” is really rather reminiscent of the Counting Crows. Later, “Feelings at 4am” evokes a similar vibe of listening to 90s alternative radio rock.

END_OF_DOCUMENT_TOKEN_TO_BE_REPLACED 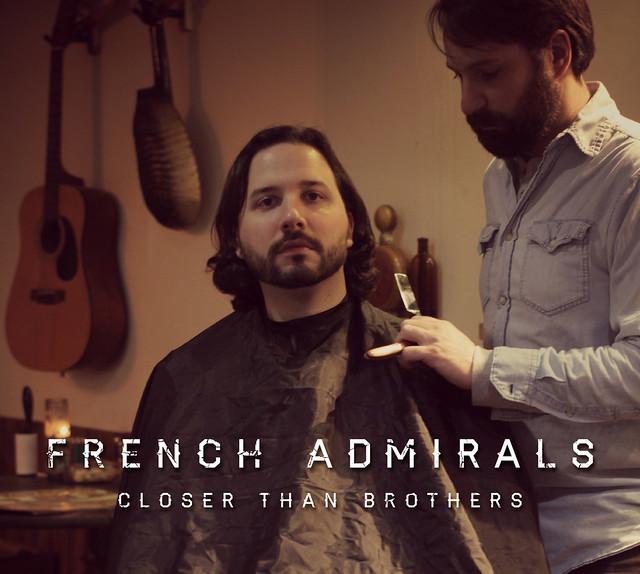