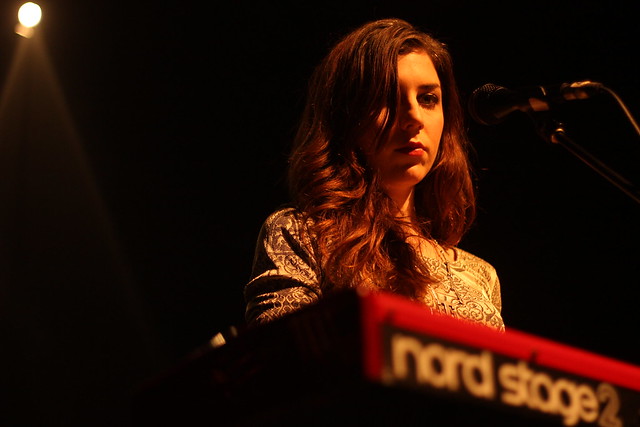 One such new song was, “Feel You”, which she described as the ‘dorkiest song’ on the new record. Yet, I thought it was the strongest effort from the 13-song set she performed.
[youtube https://www.youtube.com/watch?v=X2JgMniIpRM] 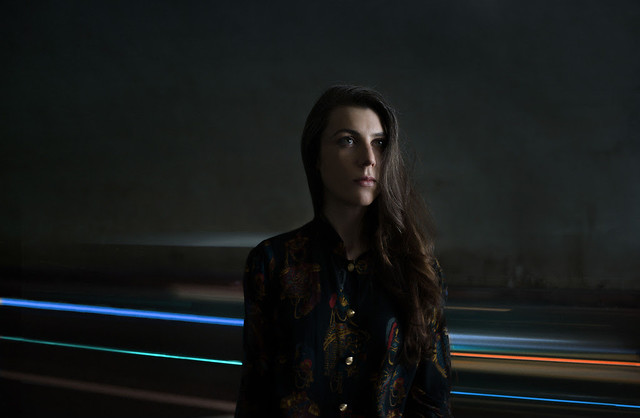 Julia Holter makes a stop in DC on her 3-month tour on February 25th.

From and based in LA, Julia brings her experimental pop vibe to the Rock and Roll Hotel, with Circuit des Yeux opening.

Her fourth and most recent album, Have You In My Wilderness, got good press in the UK ranking #1 on a few Year-End Lists. Here in the US, the press has described the album as, “Enchanting” by Rolling Stone and, “A breathtaking headphone record that rewards amplified, focused listening.” by the LA Times. Our own Washington Post wrote, “An alluring bundle of pop songs.”

The experimental part of her sound, is the eclectic range of genres she infuses and samples, from classical to jazz to rock to pop.

The “Sea Calls Me Home”, from the new album, is an airy song, that builds towards a horn driven solo. “I can’t swim. It lucidity. So clear!’ is the chorus, which is interesting but may or may not be as lucid as declared.

“Feel You”, also from Have You In My Wilderness, takes place on an optimistic rainy day, and reminds me a little of an Ingrid Michaelson song, yet slightly more adventurous.

Get your tickets to the show here.

Julia Holter will be ready to entertain you at the Rock and Roll Hotel in just under a month’s time. Come and see what all the fuss is about.