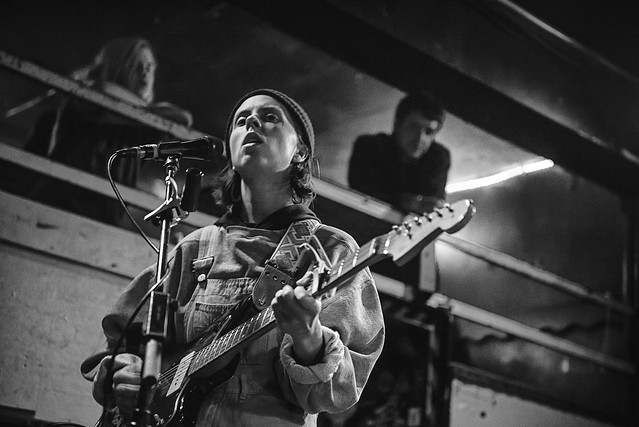 Hand Habits performs at the Ottobar on April 20, 2018. (Photo by David LaMason)

Hand Habits, the musical monicker of LA-based / New York native Meg Duffy, is something special. Meg is an incredible guitarist who has played with Mega Bog and currently with Kevin Morby but over the past several years she has honed her songwriting craft in her own project, the debut full-length of which was last year’s Wildly Idle (Humble Before the Void), released on Woodsist Records.