After a gritty 5-game winning streak, the Capitals went ice cold last Saturday (no pun intended) against Dallas in the second quarter, giving up four goals. But they powered back for three goals in the third period, not quite enough to earn any points.

The Caps continue to lead the Metropolitan Division by a wide margin (14 pts) and continue to have the most points in the league overall (7 pts better than Dallas and Chicago, even having played fewer games).

Alex Ovechkin continues to shine and should be in every conversation about winning this year’s MVP (Hart Memorial Trophy), which would be his fourth if it happens. Case in point, he is only playing better; he recorded a hat-trick against the Wild and has 35 goals on the season, good enough for best in the league.

The Caps next play at home on Tuesday, February 16th against the LA Kings.

Get your tickets to the games here.

Well not much happened on the Capitals hockey front over the last two weeks. You can thank Snowzilla for that.

The Capitals had to postpone two of their home games, while the rest of DC was busy digging themselves out from under the roughly 20 inches of snow.

It was also the NHL’s All-Star break, so no games were scheduled over the weekend.

The All-Star Game itself took place on Sunday, January 31st, with a new format this year.

The format is a 3-on-3 knock-out Tournament (20 minutes per game), with a team of All-Star players for each of the four Divisions. The winning team receives $1 million to split amongst its players! Nice incentive.

The Caps All-Stars this year were:

1. Nicklas Backstrom
2. Braden Holtby
3. Evgeny Kuznetsov (replaced Alex Ovechkin, since he sat it out to recover from some lingering injuries.)

The Capitals next home game is Tuesday, February 2nd against Florida.

Get your tickets to the games here.

January 18-January 31 Fortnightly Report Card: No grade given for a Snow Day! 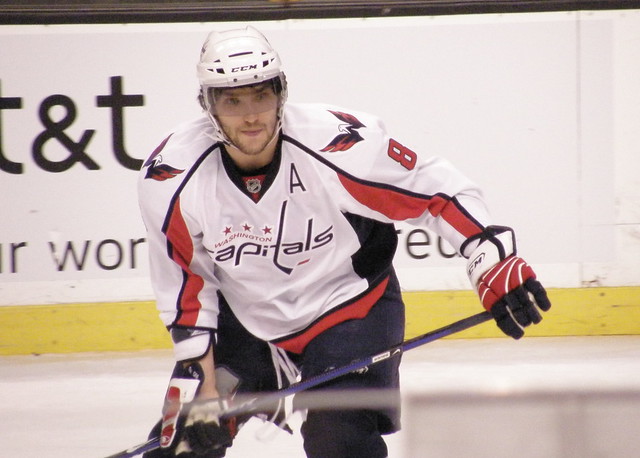 The Washington Wizards are in the midst of a fine season, but I loathe the NBA, so you will find nothing more about them here.

I do like the Washington Capitals. Consider them one of three DC sports teams I’ve adopted since moving here in 2004. The other two are the Nationals and DC United.

I will attempt to give out a weekly report card on the Capitals progress for the rest of the season as they vie to get back into the playoffs after missing out last year for the first time in seven seasons.

The Capitals have tantalized us with good teams in the regular season over the past few years, but can never put it all together when it matters.

The NHL’s All-Star Game is Sunday, January 25 at 5pm. The league has five days off as they prepare for the All-Star festivities.

The Capitals only have one player in the All-Star Game this year, Alex Ovechkin (LW).

They currently sit in 4th place (24-13-9, 57 pts) in the Metropolitan Division, and WOULD qualify for a playoff berth if the season ended today. It doesn’t. More work to do.