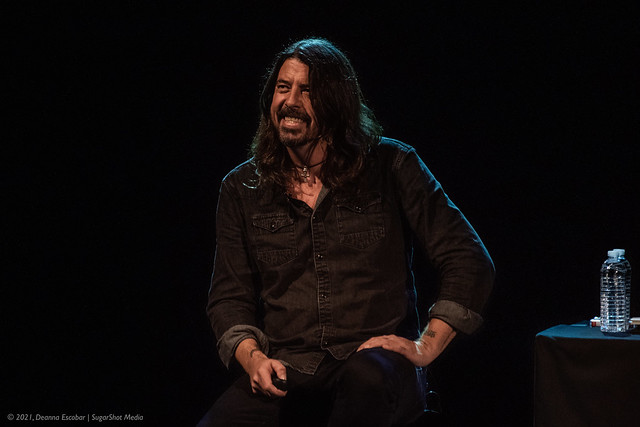 Dave Grohl speaks at the Lincoln Theater during his The Storyteller – Live! appearance on Oct. 7, 2021. (Photo by Deanna Escobar, Sugar Shot Media)

No one better epitomizes the coming-of-age decade that was the 1990s in America music than Dave Grohl.

With his long black hair, innocent expression and his flailing arms, Grohl came to be known by the MTV generation as the reserved but hyper-talented drummer of the now legendary grunge band Nirvana, introduced to the mainstream in earnest by way of the video for “Smells Like Teen Spirit” in September of 1992.

He’s now 52 years old, with a well-earned tinge of grey, and has achieved more in his career and lifetime than 100 musicians might in aggregate. Dave, who grew up in and around Alexandria, recently embarked on a mission to share his life in a way perhaps unaccustomed to most of his fans.