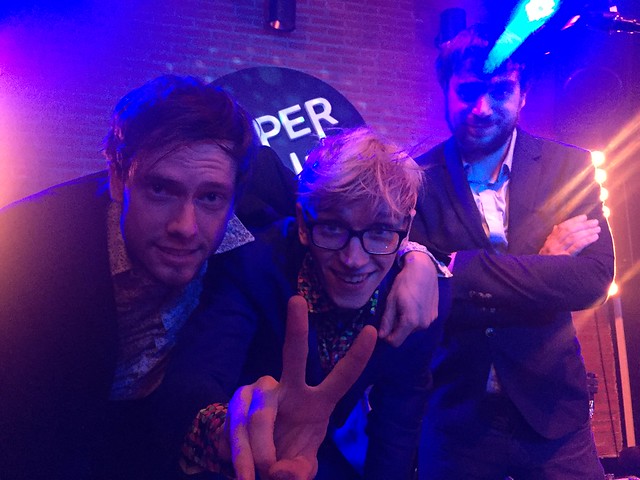 Well, readers, I was on vacation in Paris over the weekend. So of course I’m going to review a performance by a fantastic band I saw there!

To my surprise on Friday night, I ended up at a small club in the 11th arrondissement called Supersonic (9 Rue Biscornet, 75012 Paris, Frankreich). There, a set of bands performed prior to a DJ taking over. Stumbling into the space around 11pm, it reminded me a great deal of our own DC9 — it could hold about 200 people, and it was comfortable and unpretentious. Supersonic had taps, however, and it seems to me that all of the “cool places” in France and Switzerland have either a Brewdog or a Brooklyn Brewery on tap. (Supersonic indeed served up Punk IPA.)

To my even greater surprise, I arrived in time to see three well-dressed French lads take to the stage and belt out terrific English-language numbers that take a page perhaps from a young Elvis Costello or The Jam. To my ear, their music also follows occasional cues from the likes of Go West or Nick Heyward. Their style was truly quite mod; their sound, very power pop! They call themselves Okay Monday.