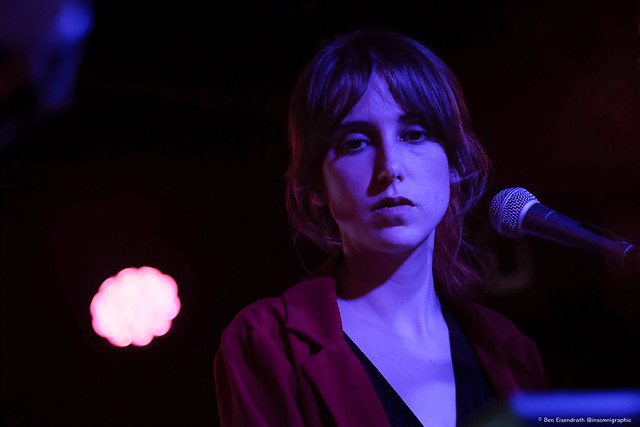 Olden Yolk performs at DC9 on May 11, 2018. (Photo by Ben Eisendrath /Instagram+Twitter: Insomnigraphic/GrillworksBen)

Shane Butler (of Quilt) and Caity Shaffer formed Olden Yolk and released their self-titled debut album in February via Trouble in Mind. The band are on tour to promote the new album (with stops in Philadelphia and New York City this weekend!), and they visited DC9 on Friday, when Ben Eisendrath snapped some pictures of them in action.