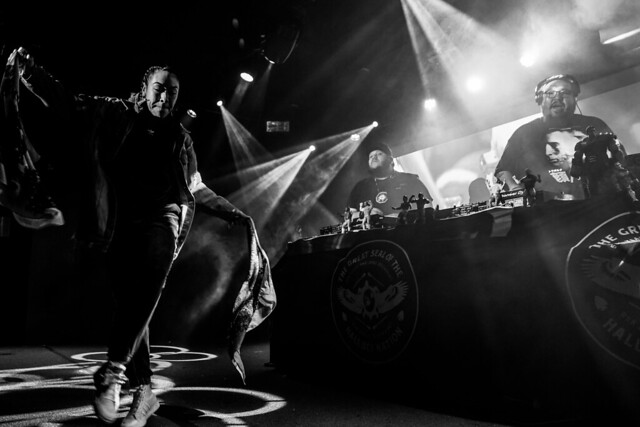 The Halluci Nation performs at Union Stage in Washington DC on Oct. 28, 2021. (Photo by Casey Vock)

Like too much of the life, culture, traditions, and beliefs of those who lived on this continent long before European settlers began arriving by boat, the music of indigenous people has probably been lost on many Americans or Canadians.

But the efforts of an electronic music outfit from way up north have helped change that over the last decade.

The Halluci Nation, formerly known as A Tribe Called Red, creates mind-blowing dance music by blending what has been described as First Nations powwow-step with electronica and a variety of styles from different parts of the world.