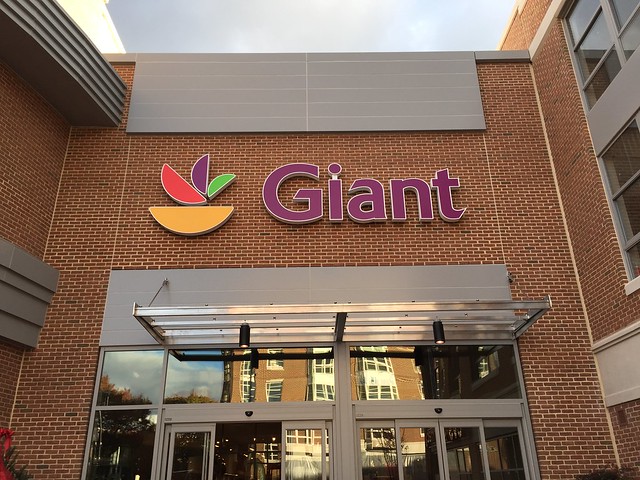 I’ve been meaning to contemplate the new DC phenomenon of beer and wine bars popping up in DC grocery stores since the opening of the new Cleveland Park Giant Food on Nov. 7.

Actually, to my knowledge, Giant is the only chain offering beer and wine bars in the city so far, although Whole Foods in the Clarendon neighborhood of Arlington, Va., has offered beer at its Arlington Pub for a couple of years now.

The Cleveland Park supermarket has been welcome by locals like myself because we’ve been without a major supermarket in the immediate 1-mile vicinity for about 2.5 years while this one was under construction. To our surprise, Giant announced that the store would offer a beer and wine bar shortly before its opening, following in the footsteps of the Giant Food located at the City Market at O.

Not too shabby for a grocery market that has not historically been known for its depth of craft beer! Customers can order a beer at the bar and shop around or drink it on the spot. They also can get a free taste or pair it with a free sample of cheese, such as gruyere or brie, at the bar. (A clever idea.) Or you can purchase a growler of a beer on tap and take it home.

Only about six people can crowd around the bar, which has no seats. As you can see in the picture below, it attracted people of all ages, allaying fears somewhat that it might merely be a draw for a younger, thirsty crowd too lazy to walk another block to the nearest sports bar, District 2. 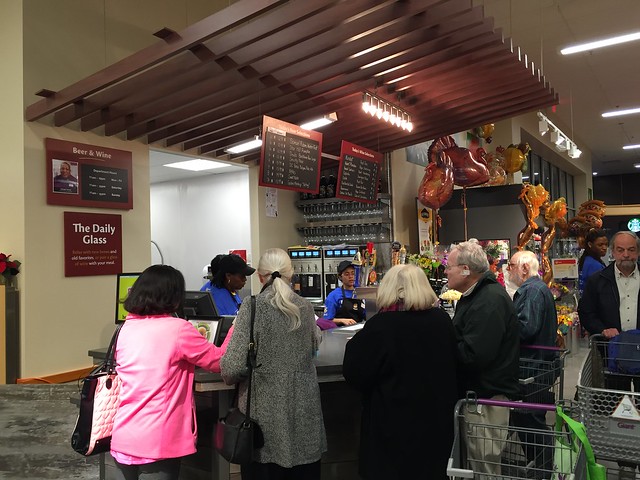 Generally, we at ParkLife DC support any innovations that liven up the otherwise dull task of grocery shopping. Sláinte!

Addendum: Of course, we neglected to mention the independent Glen’s Garden Market (2001 S St NW, DC), a fine place to buy some groceries, also has a large beer bar featuring only local beers and always priced at $4 a pint.

And a recent trip to the Tenleytown location of Whole Foods (4530 40th St. NW, DC) informed me that the store also has a small beer bar available to customers directly inside the entrance on the main floor.