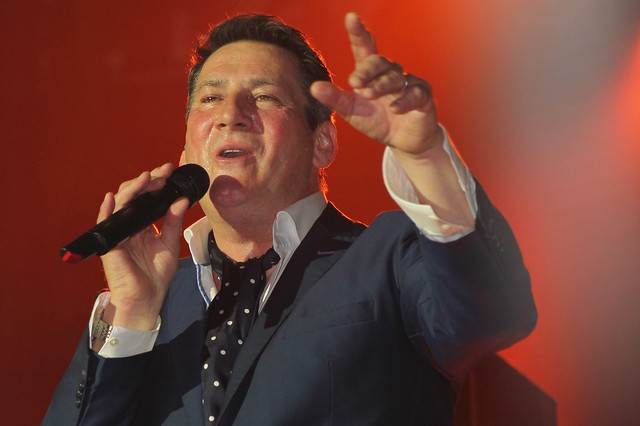 I’m amazed to report that tickets are still available for tomorrow’s concert by Spandau Ballet at the 9:30 Club!

The Soul Boys of the Western World (to borrow the title of a new documentary about them) began the latest leg of their U.S. tour in Chicago on Saturday, April 25. Tonight, they perform in Toronto before returning to the United States Tuesday, April 28, for their show at the 9:30 Club. The reinvigorated quintet have been tearing up the concert circuit, earning great reviews, and generally wowing audiences with strong performances.

Their setlist at the House of Blues in Chicago on Saturday included new songs like “This Is the Love” as well as old favorites like “Chant No. 1,” “To Cut a Long Story Short,” “Gold” and of course “True.”

After Spandau Ballet leave DC, they will go to New York City Wednesday to host a special Q&A about their documentary, Soul Boys of the Western World, at the IFC Center in Manhattan. Although it doesn’t have a DC date, Soul Boys of the Western World will play around the country and be available for download through iTunes, Amazon Instant Video, Google Play and YouTube, as well as other platforms, on Wednesday, April 29.

Listen to the bandmates in Spandau Ballet talk about touring the United States and other subjects in a clip from the U.K. interview show “Loose Women”:

And here’s a full show from London in 2009, the year the band reunited after being apart for about 19 years:
[youtube https://www.youtube.com/watch?v=vxt66bFlDa4]

If you need more fuel in your fire to see the band, check out our brief recap of Spandau Ballet’s history. We were absolutely chuffed that the 9:30 Club linked to it in its weekly newsletter last week!