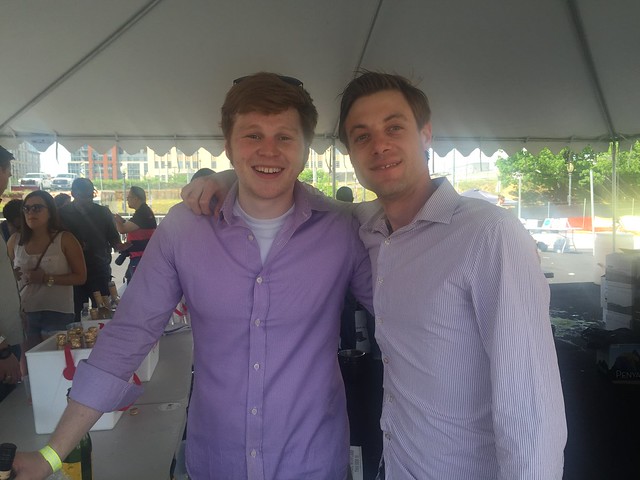 Dwight Weidenhamer (right) was one of the capable wine consultants at VinoFest 2015.

VinoFest is a devilishly simple concept — set up a stage for some bands and curate a range of alluring wines for festival visitors to sample in an accessible place with good elbow room.

And so VinoFest 2015 welcomed a lot of wine and music lovers to Storey Park (1005 First St. NE, DC), essentially a parking lot waiting for mixed use development to occur in NoMa, in its second annual edition on Saturday, May 9. The lot proved spacious, the bands proved entertaining and the wines proved delicious to the hundreds and hundreds of revelers who dropped by.

The festival opened at 3pm for VIP ticketholders and then at 5pm to regular ticketholders. The VIP ticketholders certainly got the better deal. During the first two hours of access, they were able to hit the wine-sampling tent for unlimited small pours of the offerings. After 5pm, guests cashed in an allotted ticket to get a sample of wines from Spain, Australia, California and elsewhere around the world. By 630pm, the lines for wine samples were quite long, proving the popularity of the festival for wine-starved party hoppers.

With the assistance of wine consultant Dwight Weidenhamer, my party sampled several rather nice wines perfect for the hot summer-like weather. We initially enjoyed the Fritz de Katz Riesling, from Mosel, Germany, which had a wonderfully crisp texture and a medium body.

Ultimately, however, we were completely won over by the sparkling wines. The Fleuraison Blanc de Blancs sparkling wine, made from white Arien grapes from the La Mancha region of Spain, was refreshing with a taste of flowers and a touch of butter. Our absolute favorite proved to be a big surprise — Summer Breeze, a U.S. bottled sparkling wine of Brazilian grapes billed as a “crackling white.” Deliciously dry and cideresque, this wine drew us back for multiple tastings. 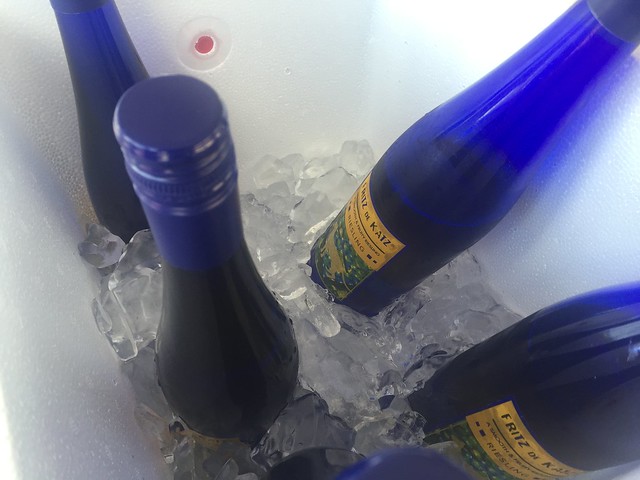 DJ Questlove of The Roots topped the music bill, and DC go-go funkmeisters Trouble Funk were a big draw.

We caught some of the show by Black Masala, a DC gypsy brass band. The eight-member collective played songs like the bluesy “Knockin’,” which allows vocalist Kristen Long to verbally strut her stuff about why you shouldn’t waste her time. Kristen also proves winsome with “One Last Drink,” a capable celebration of its subject that one could call gypsy jazz if there were such a thing. Both songs showcase the band’s pleasant trumpet and trombone sounds and hail from their 2014 self-titled album.

Black Masala, by the way, are in the final hours of an Indiegogo campaign to fund a new album. Check it out!

The quintet fully embrace their catalog and whip up a ‘90s party wherever they go with two guitars, bass, drums and dueling male and female vocals. White Ford Bronco have continued to prove very popular in the past couple of years, selling out DC stages to avid concert-goers. They play at the Clarendon Grill (1101 N. Highland St., Arlington, Va.) tonight and the Howard Theatre (620 T St. NW, DC) on Friday.

VinoFest 2015 benefited a number of charities, including Bike to the Beach, a fitness nonprofit that raises money for autism treatment, and DC Central Kitchen, a community meal distribution charity, among others, which received a portion of the proceeds from the festival.

After two successful years in NoMa, here’s to hoping that we see VinoFest 2016 offer up some more wine and entertainment in the burgeoning neighborhood next year! 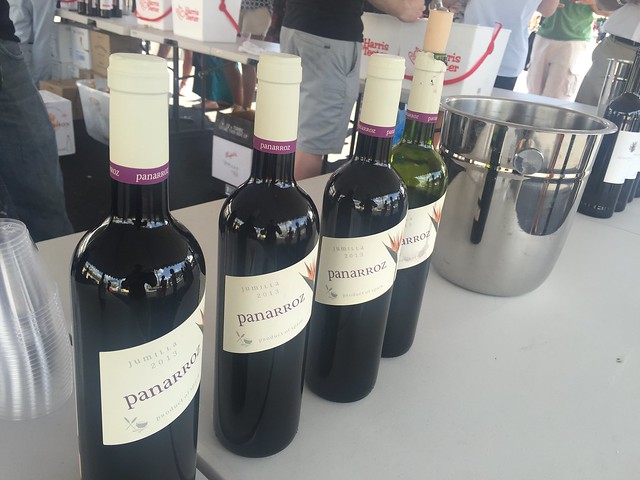