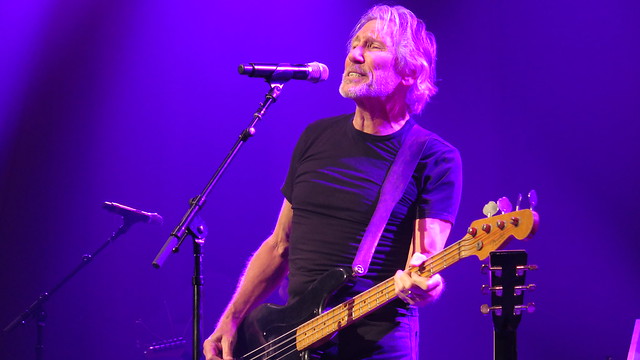 Hearing a favorite song over the air while at work is something many of us can relate to. It can provide a break from the task at hand; it can recall old friends and other times; it can lift the spirits in the middle of a long day.

In my case, the song I heard at work recently was a classic — “Comfortably Numb” by Pink Floyd. It has been a favorite since I heard it as a kid. The added bonus on this occasion was that it was being performed, right here in Omega’s Studio A, by one of the original artists, founding member Roger Waters.

Hearing the notes of the song drift through the studio control room, where I spend my working hours, made me stop for a second to just listen — and reflect. It was an immersive moment, not just for myself, but for everyone who shared in the experience. The staff of engineers at Omega Studios (5609 Fishers Ln., Rockville, Md.) put in a lot of hours and a lot of labor to make this hectic session a success, but I know that every one of us paused during the performances just to be there, to be in that moment. People need to be reminded to stop and smell the roses every now and then, to take in and experience an instant of perfection, but none of us needed a reminder on this day.

And the best part of it? The entire effort was undertaken for the benefit of some truly deserving souls. Roger Waters was at Omega Recording Studios during that particular week, along with Billy Corgan, GE Smith, Jeff Kazee, and Rich Pagano, to rehearse for the Music Heals benefit concert for MusiCorps — rehearsals that culminated in a concert performance at DAR Constitution Hall on Friday, Oct. 16.

MusiCorps teachers Greg Loman and BJ Kerwin were also on hand at Omega that week, as was Assistant Production Manager Abby Buzzas (known to us as the blur racing by, throughout the whole session, keeping things in line), and MusiCorps founder Arthur Bloom.

In addition to the professional recording artists, Omega Studios was host to a group of veterans who are forging a path to rehabilitation through music. This is the mission of MusiCorps: to help injured young men and women discover (and in many cases, rediscover) their love of playing music, and in so doing, to heal. Working with professional musicians, injured vets participating in MusiCorps are able to learn, play, record, and perform music as a core part of their rehabilitation.

So the stage at DAR Constitution Hall also featured members of the MusiCorps Wounded Warrior Band. These veteran musicians, who had learned or relearned how to play their instruments through MusiCorps, were also at Omega during the week for the rehearsals. Members of the MusiCorps Band who were on the stage on Friday, Oct. 16, included Nathan Kalwicki, Greg Galeazzi, Will Cook, Marcus Dandrea, Johnathon Mullen, and Tim Donley.

Cpl. Tim Donley, the vocalist for the ensemble, participated in an interview during a break from rehearsing, and offered this thought: “MusiCorps helps guys that other types of therapy and other types of help can’t get to. It lets these guys reconnect with their own emotions to help them deal with some of the things that have happened.”

Tim sustained injuries while serving in Afghanistan. Since participating in MusiCorps, Tim has performed vocals with the MusiCorps Band at the Grand Ole Opry, The Kennedy Center, Madison Square Garden, and on the Colbert Report. Members of the MusiCorps Wounded Warrior Band have also shared a stage with Yo-Yo Ma, Sheryl Crow, Aaron Neville, and the Kansas City Symphony. 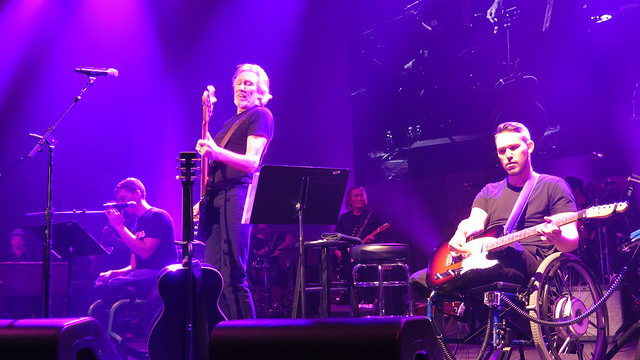 I got to meet many of these individuals while they were at Omega, and to observe their efforts in connection with the project. They are an amazing group of people. They are talented, resilient, focused, and energetic. Their participation in MusiCorps is about learning on different levels. On a basic level, it’s about learning to play and perform the songs that are presented at the concerts. But it’s also about self-discovery. In the words of my late father, this is the real goal of all education.

The engineering staff at Omega Recording Studios are also instructors, as the studio is home to The Omega Studios’ School of Recording Arts and Sciences. The themes of education and learning resonate very deeply with us, as we spend as much time teaching as we do making recordings for professional musicians and record labels. I’m proud to say that Omega’s outreach to veterans seeking to further their education has produced many very satisfying success stories. Every semester, I welcome men and women who have served in our nation’s military into our classrooms. I see their drive and dedication being combined with the opportunities offered through the Veterans Administration programs to produce new possibilities. I know that many have had to put a lot aside in order to focus on their studies, and that those studies have helped them move forward — forward not just to new careers, but to new perspectives, and the knowledge that they still have a lot more skills to offer and a lot more life to experience.

My efforts as a teacher are small; in fact, they pale in comparison to the service offered to our country by these veterans. But I am proud to play even a small part in helping them find the path back to the lives they set aside in order to serve. It’s a humbling experience, but well worth it. I see the transformation of those who had in their previous experience trained to confront destructive tools like guns and improvised explosive devices, now employing creative tools like microphones and tape machines.

In my moment of reflection during the MusiCorps rehearsals recently, I realized that the lift to my spirits was not coming from the song being played, but the example represented by these undefeated, and indeed undefeatable, musicians.

This essay originally appeared on the blog of Omega Studios. Reprinted here with permission.

An extra special thanks to Peter Hutchins for his permission to link to his photos of the MusiCorps Benefit Concert at DAR Constitution Hall on Friday, Oct. 16. Check out more of his work on Flickr. 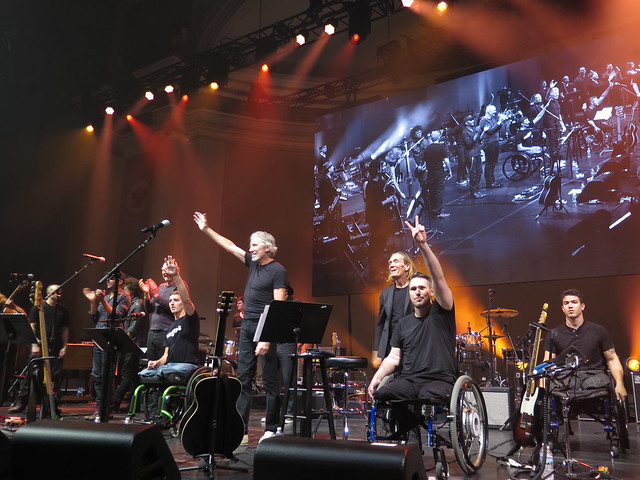