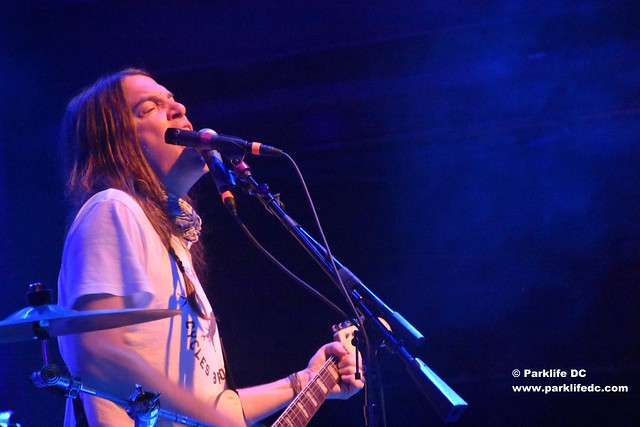 “Music says it better than words,” said Courtney Taylor-Taylor on Sunday night by way of an explanation as to why he wasn’t feeling very chatty during his band’s show at the 9:30 Club.

The very full club yelped in agreement, and Courtney returned to vocal duties for The Dandy Warhols, who were touring on the strength of a ninth studio album, Distortland, released April 8 via Dine Alone Records. After some slight experimentation in their last album, This Machine, The Dandys return to form on the new record, which suited them and the audience just fine. The Dandy Warhols occupy a very unique space as a psychedelic band wrapped in a grunge aesthetic. Make no mistake, however: They are a great live band and their laidback guitar jams are a highlight of the show.

In the latter half of the set, The Dandys play “You Are Killing Me,” the first release from the album, and it’s a typically solid offering. Courtney sings in a hushed if deep rasp over vibes from his own guitar and that of Peter Holmström, who takes a mellow stance alongside his bandmate. Behind them, drummer Brent DeBoer augments the vibe with snappy percussion that fills the air between strums. Keyboardist Zia McCabe rounds out the group with pop panache.

Thematically, “You Are Killing Me,” and much of the new album, deals with familiar territory for The Dandy Warhols — the narrator is disappointed by someone who is letting them down. In this case, “You are killing me/And everything you love about me/You’re making it harder and harder and harder on me.”

Such songs play well to The Dandy Warhols been-there, seen-that aura, which suggests the psych rock quartet are not surprised by anything that comes their way any more, particularly the continual disappointment voiced in their songs. As if to punctuate that sentiment, The Dandys next perform “We Used to Be Friends,” from the 2003 opus Welcome to the Monkey House. For many, their top album will always be “Thirteen Tales from New Bohemia” with songs like “Mohammed,” “Get Off,” and “Bohemian Like You.” For their part, The Dandys recognize this and they are happy to fulfill their expectations by breaking out the ageless album — they played all three of those tracks in a 21-song set that embraced why the audience loves them so.

But for my money, The Dandys continued a hot streak with Welcome to the Monkey House, and as the band approached the middle of the show, they performed “You Were the Last High,” another ode to disappointment as Courtney sings of being able to find love from anyone and everyone except for the one he truly wants. It’s an amazing song, delivered earnestly with a fantastically soaring melody that reinforces its lyrical content — and it’s all around just perfect.

The new album is not without its pleasures as well. Early in the set, The Dandys play “Pope Reverend Jim,” a straight rock-n-roll number about a trustworthy guy who apparently should be pope. Another straightforward song, “All the Girls in London,” speaks of desire for ladies in the English capital. And The Dandys take up a very catchy new song in the form of “STYGGO” (or Some Things You Gotta Get Over), which is a terrific example of a Dandys staple as the band shrug off the malevolence of others. (With its addictive refrain of “Do-do-do do-do-do,” I anticipate this song will survive well into future years of concerts from The Dandys.)

The Dandy Warhols actually close up their current US tour tonight in Louisville, Ky., before spending the rest of the spring in Europe. Whenever you next have the opportunity to go catch them, you absolutely should do so. If you loved them at their height, you’ll love them still. If you’re not familiar with them, then you’re in for a lesson in psychedelic power from experienced hands. Seeing The Dandys live informs you as to why they are still around doing what no one else can quite do the same way, and that’s a good niche to occupy.

Here are some pictures from the performance by The Dandy Warhols at the 9:30 Club on Sunday, April 17. 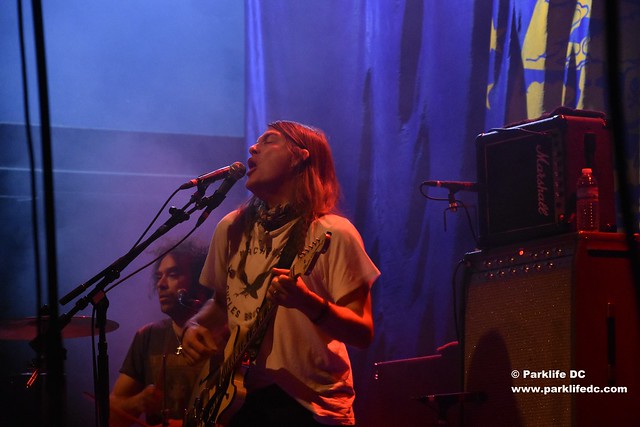 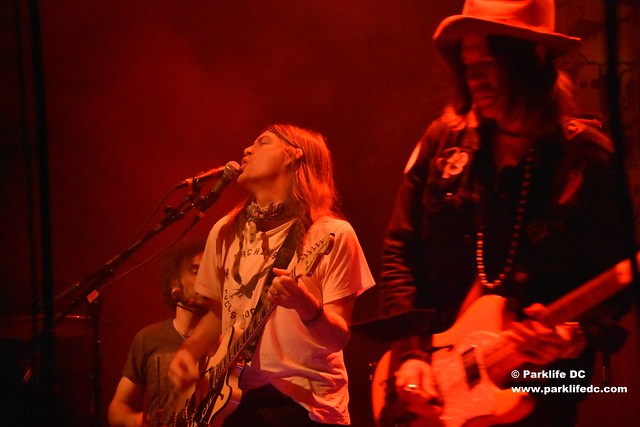 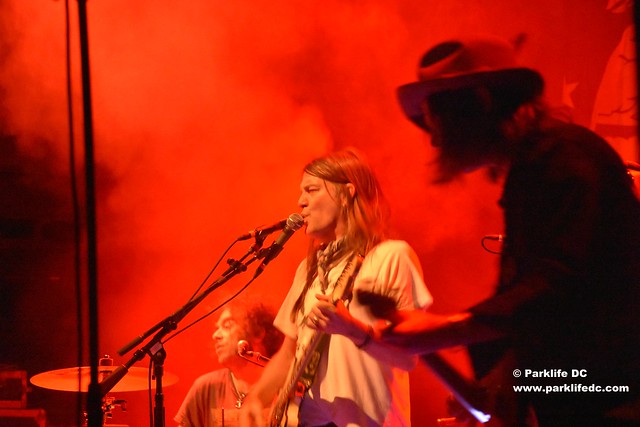 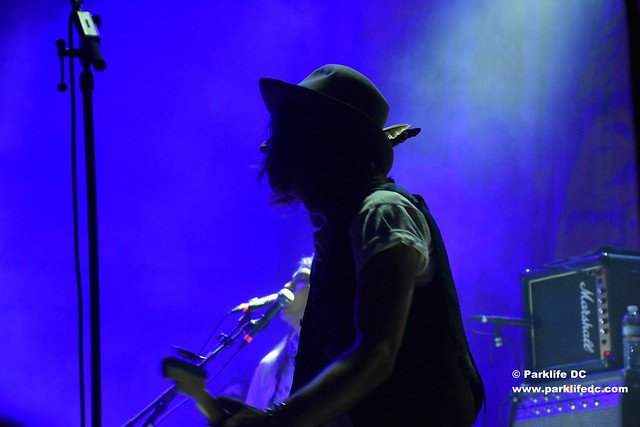 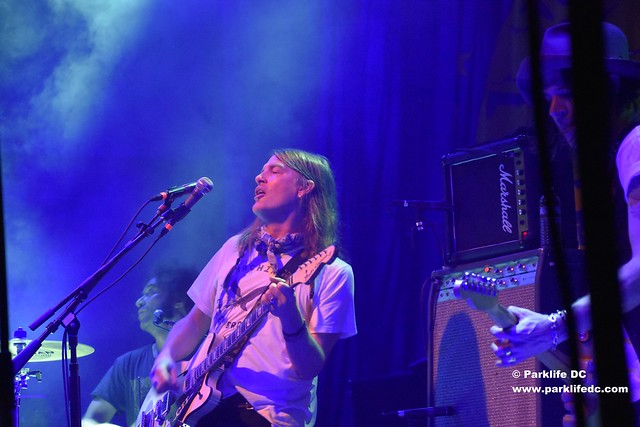 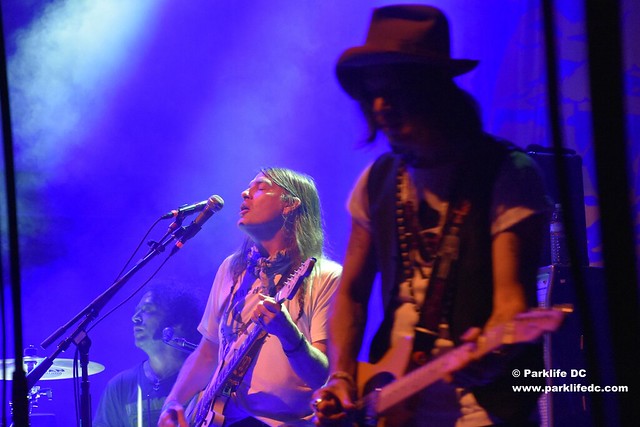 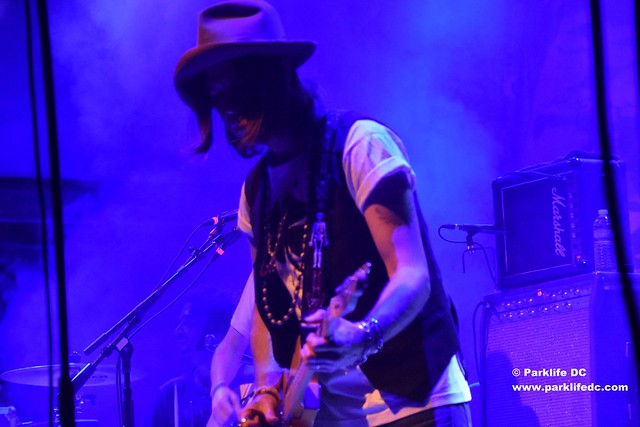 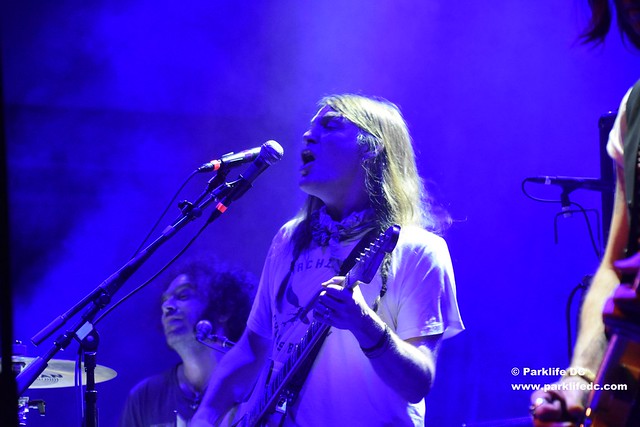 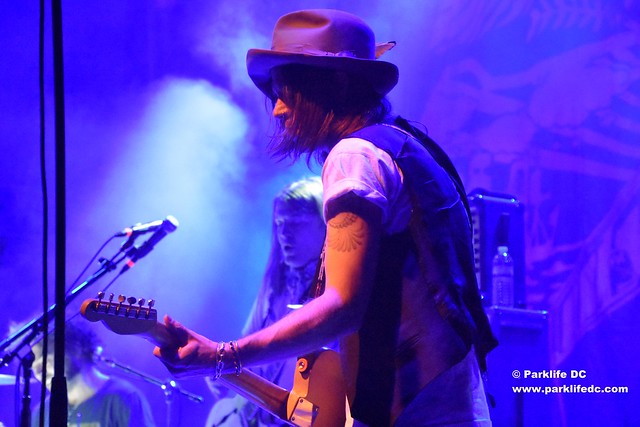 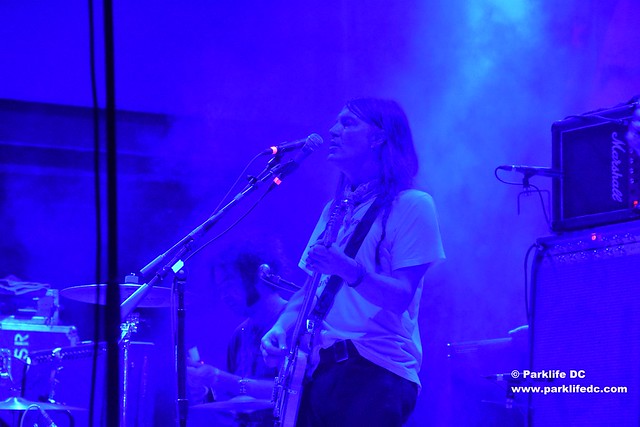