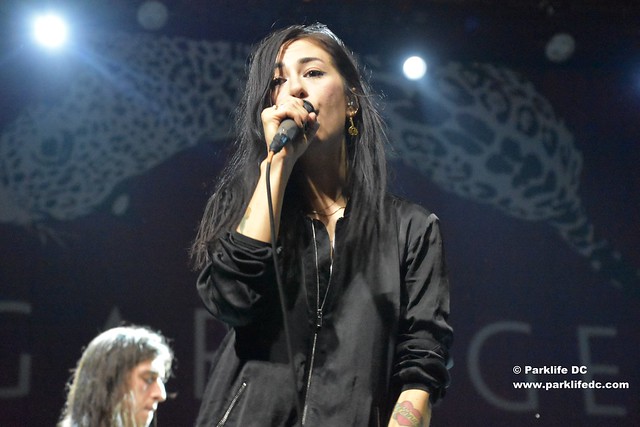 Of course, Kristin is now Kristin Kontrol, with a new identity, new music, and an alluring new album — X-Communicate, her debut under the name, released earlier this year via Sub Pop. I say “new identity” but really this is simply Kristin being herself. The music is wonderful, and the singer is great. She’s accompanied by a guitarist, drummer, and bassist/synthesizer player.

In her set, Kristin plays about 7-8 songs to fill out an all-too-fast 30-minute set, hitting most of the 10 songs on the album. She’s been opening with a B-side, however, “Baby R U In,” a high-energy dance number that engages the full house right off the bat. It’s a good choice that shows off the high range of her voice, which sounds perfect.

In performance, Kristin snakes from one side of the stage to another, not really dancing, but occasionally sashaying and often emoting with her face and arms. As you can see in our pictures, she’s quite photogenic.

An early favorite of mine from her new album, the title track, appears after the midpoint of the show, and I am elated whenever Raphael Radna switches from bass to synthesizer, being a synthpop junkie myself. The talented and handsome Raphael is a star player in the Kristin Kontrol show, capable of switching instruments in the moment and orchestrating lush arrangements in production. (He was responsible for a sharp-minded arrangements of strings on a recent Pitchfork performance of Kristin’s powerful song “Smoke Rings.”) Keep your eyes peeled for him when you see Kristin in concert. 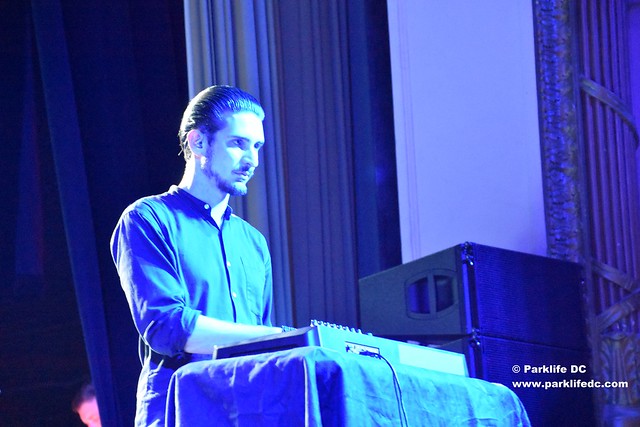 The ladies accompanying me at the show prefer songs faster than “X-Communicate,” however, and they really get dancing to early songs like “White Street,” an instantly classic singer-songwriter’s song about finding yourself — in this case while performing? Raphael stays on bass, but that’s a-OK as the song has great rhythm and an appealing bassline.

Kristin closes her set with “Skin Shed,” a glam confession of feeling through music or “skin shed on the radio,” which also may be a look inside her inspiration to leave the Dum Dum Girls for Kristin Kontrol. Its atmospherics and rolling synths, along with Kristin’s lush voice on the number, contribute to me drawing comparisons between the new album and classic California new wave bands like Missing Persons or the Motels (Kristin would *own* a cover of “Total Control”) — the songs just have that sort of sonic makeup to my ear.

With the current US leg of the Garbage tour wrapped, Kristin Kontrol has no upcoming tour dates scheduled. However, with a great new album, it surely behooves her to kick off a string of dates in smaller clubs later this year, right? Let’s hope we see her again ASAP.

Here are some pictures of Kristin Kontrol and her band performing at the Lincoln Theatre in DC on Wednesday, August 3, 2016. 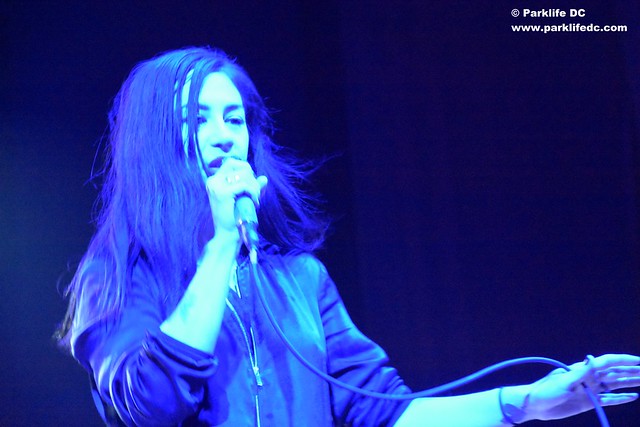 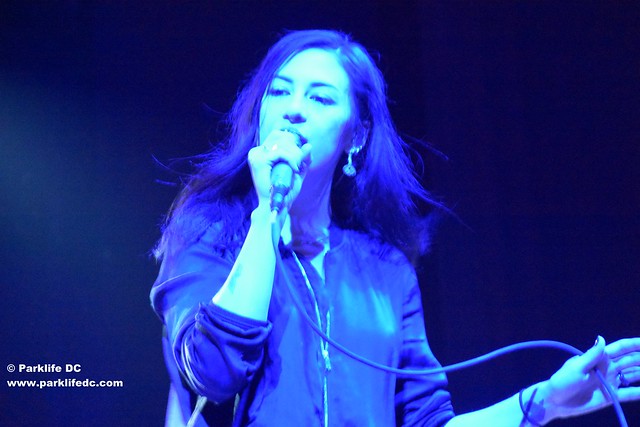 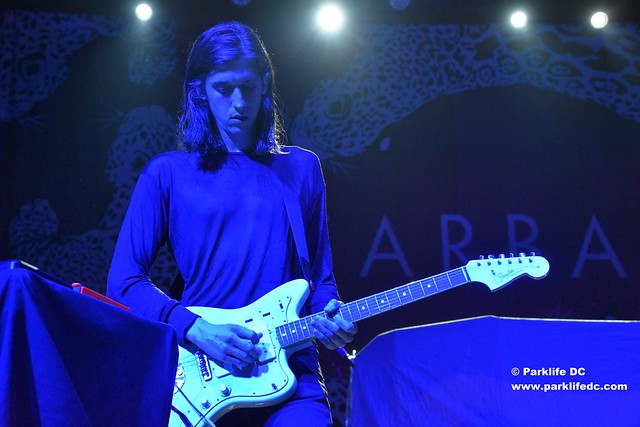 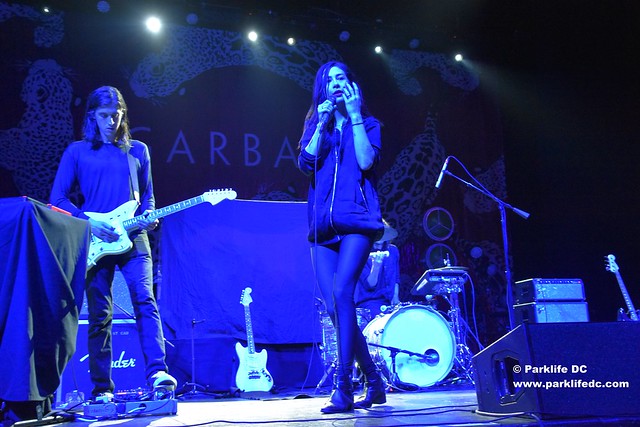 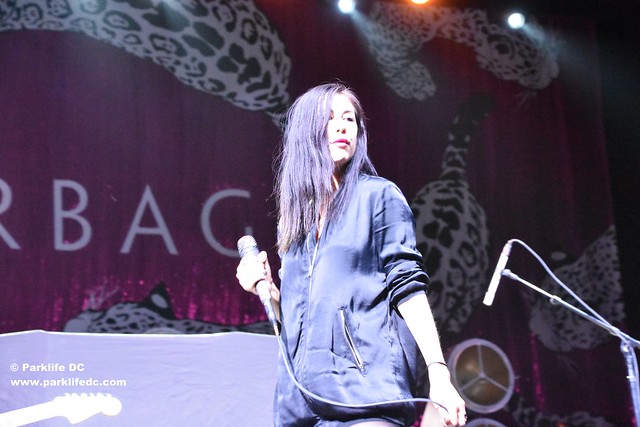 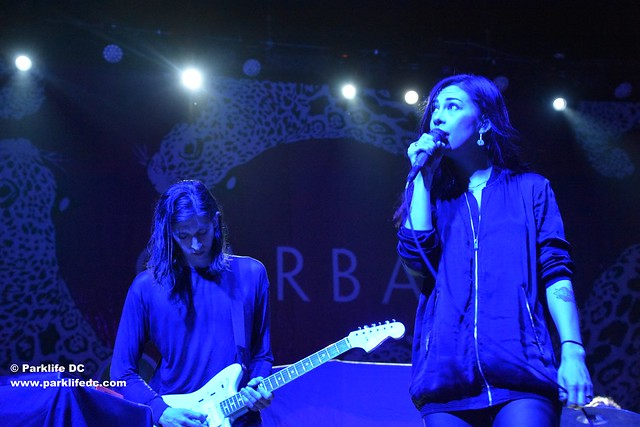 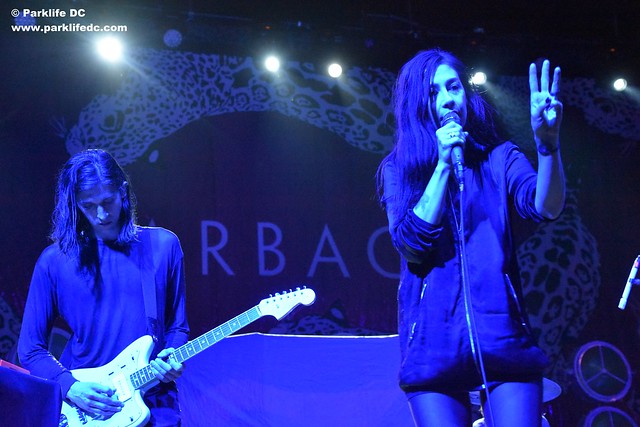 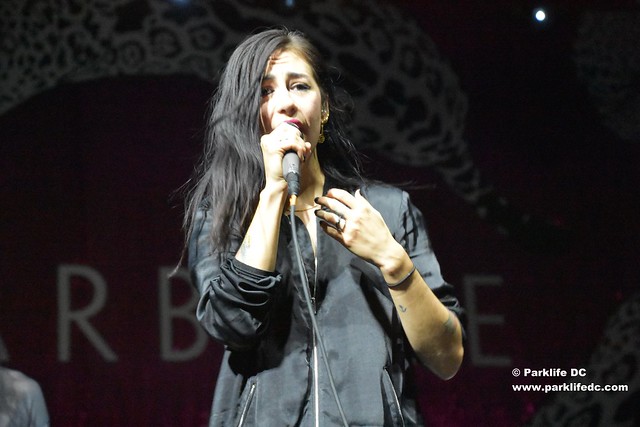 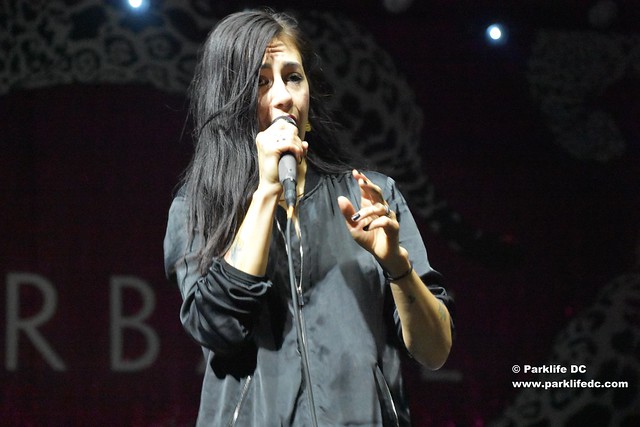 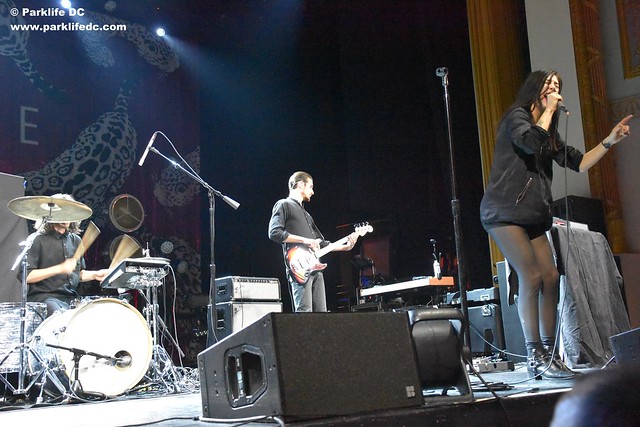 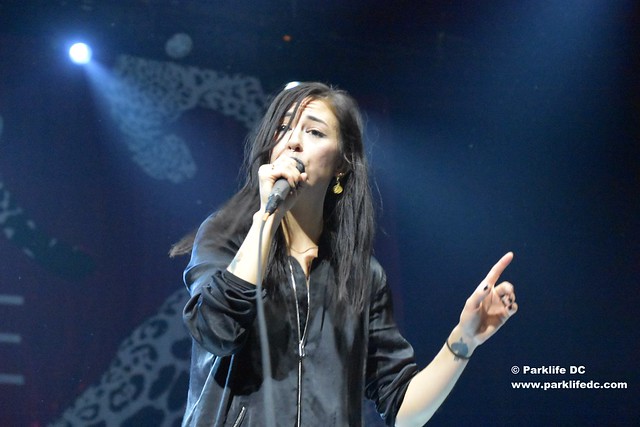