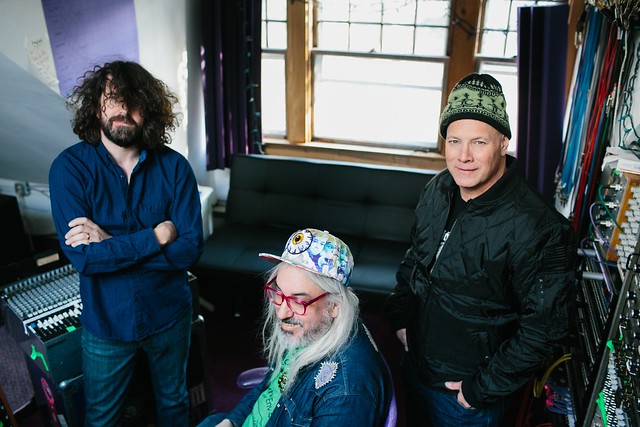 Dinosaur Jr. have had a roller coaster ride of a journey leading to their most recent album, “Give a Glimpse of What Yer Not,” released on August 5th through independent record label Jagjaguwar.

Dinosaur Jr. was formed in the mid-80s with lead singer and guitarist J Mascis, bassist Lou Barlow, and drummer Emmett Jefferson “Murph” Murphy III. Tensions grew as they often do in bands and after three albums Lou Barlow left the band, followed a few years later by Murph.

Fast forward and the original lineup is back together and touring again. In 2009, the rock trio signed with Jagjaguwar and has since released three albums, including their latest, which they are currently on tour promoting.

The tour kicked off on August 12th and will soon be coming through the Nation’s Capital. Dinosaur Jr. will perform Thursday, September 8th at the 9:30 Club with doors opening at 7:00 PM.

“Give a Glimpse of What Yer Not” has already been received warmly and it is pretty clear that Dinosaur Jr. is not some ’80s band holding on by a thread; these guys are at the top of their game… still!

“After more than 30 years, it’s thrilling that Dinosaur Jr. are continuing to hit the festival circuit and making more fans each go-around. The fact that they’re still making new music worth hearing is another reward entirely,” said Consequence of Sound.

Check out a few of the singles from Dinosaur Jr.’s latest album below on YouTube:

Even if you have never heard of Dinosaur Jr. before now, if you enjoy rock n’ roll and sweet guitar solos, stop by the 9:30 Club on September 8th. We just don’t get chances to see bands like this very much anymore. I hope to see you there.